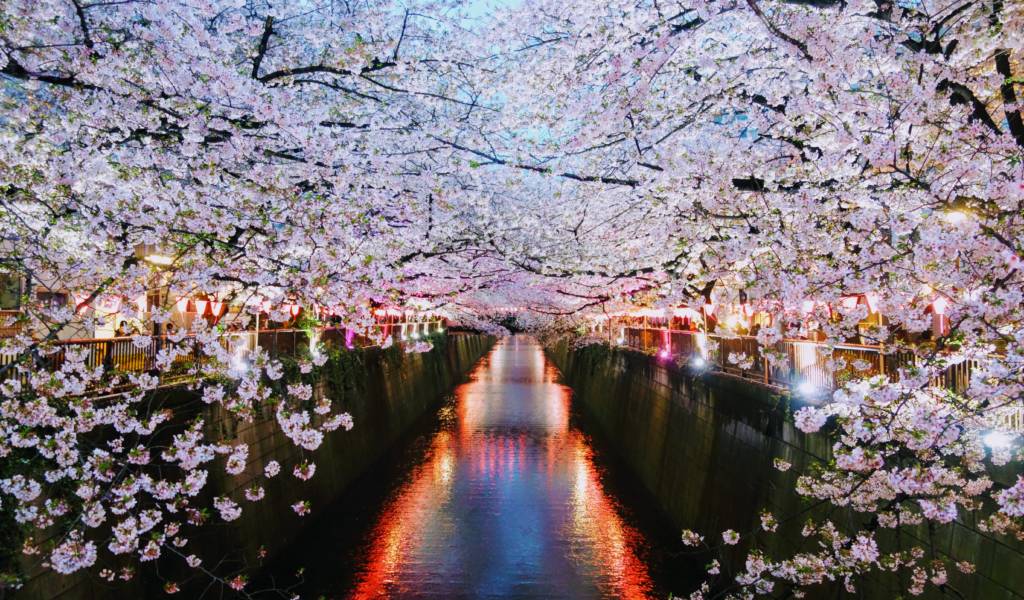 A Half-Day Walking Tour of Daikanyama and Nakameguro

Daikanyama and adjacent Nakameguro are two of the most fashionable neighborhoods in Tokyo. Residents include numerous celebrities, hip and stylish thirty-somethings, as well as a fairly generous helping of wealthy locals and a few expats. Despite being a stone’s throw from Shibuya, the tempo is very different here—it’s much more upmarket and boutique.

This Daikanyama and Nakameguro walking tour will take you far off the beaten track of the typical tourists’ Tokyo, with a taste of both the old and ultra modern—plus a good chance to see the most stylish Tokyoites in their natural habitat. Allow at least two hours to enjoy this tour, and best to start earlier in the winter months, as some of the spots on this route close mid-late afternoon.

Cheapo bonus: At the bottom of this article you’ll find a map and video explanation of this Nakameguro and Daikanyama walking tour.

Our cheapo tour begins at Daikanyama Station. Leave via the main exit, head straight and take a left, then right till you find yourself at the junction of Kyu-yamate Dori with the footbridge over the top. Asakura House is over the footbridge, and past the police box, tucked away 10m down the minor road.

Asakura house is a well-preserved house of a Japanese dignitary, built in 1919 which survived both the Great Kanto Earthquake and the fire bombings during the war.

Next, stroll along Kyu-yamate Dori for about 100m (or if you have spare time, drift into some of the narrow side streets for some window shopping first) until you reach Tsutaya’s flagship store Daikanyama T-Site.

This small complex of buildings designed by the Tokyo-based British/Dutch architecture firm Klein Dytham, is a landmark of style and culture in the already uber-stylish Daikanyama neighborhood. It’s a great spot to sit with a coffee and leaf through hipster magazines (who reads the words anyway, so doesn’t matter that most printed matter is in Japanese). That is, if you can get a seat.

The bookstore also discretely offers design, kitchen and homewares—there’s no particular order or layout, you’ll just find a little display of some nice plates randomly tucked in among the gardening books.

For fans of dogs in coats, you won’t be disappointed. With a dog run, grooming parlor and veterinary hospital, T-Site provides a great opportunity to gawk at Tokyo’s best dressed little doggies. Hint: you will be unlikely to find any dog in Daikanyama that isn’t sporting a Benetton jumper and quite likely some Armani trousers too.

Allow yourself at least 15 minutes to stroll around the campus and bookstore, more if you fancy stopping for coffee. There’s a very popular Starbucks on the ground floor, and an uber-sleek cafe/restaurant Anjin on the second floor of the middle building.

Don’t worry, you’re not done with the hipster dogs of Daikanyama yet! Head over the road from T-Site, another 100m down Kyu-yamate Dori, and you’ll find Saigoyama Park. This is a great spot for a spring or early summer picnic and boasts impressive views of the surrounding neighborhoods. On a clear day, you might well catch a glimpse of Mount Fuji in the distance.

This park is also a popular spot for residents of Daikanyama and Nakameguro to walk the already mentioned extremely over-pampered dogs. Additionally, it’s a great spot to catch the sunset, so depending on timing you could loop back here at the end of your walk.

Next, follow the road that runs alongside the park, roughly parallel to Kyu-yamate Dori and then head down the hill and through the back streets of Nakameguro past some of Tokyo’s wealthy residences. There’s a potpourri of architectural eye candy in this neighborhood including ultra-thin, ultra-modern and some ultra-crass family homes.

Consult the map below (or better have a smart phone with you) for the exact route, but basically you head down the hill (possibly crossing over the Meguro River) and continue until you reach the main road Yamate Dori. Then, turn right and walk along Yamate Dori until you reach a major junction with Cross Air Tower looming over it on the west side.

It’ll take about 10–15 minutes (plus photo time) to get to the next stop of the tour:

Once you’ve woven through the back streets of Nakameguro’s Aobadai neighborhood and crossed over the (main) Yamate Dori, just before Ikejiri Ohashi, we stop at this modern marvel: Meguro Sky Garden.

Green-space-challenged Tokyo now has a policy that new buildings are required to include a quota of nature, which gives rise to roof gardens and small surrounding parks. Meguro Sky Garden is a small set of gardens on top of a motorway interchange! This 9th-story park has some impressive views, flower beds and a vegetable patch—not to mention the incongruity of the cars speeding away underneath.

The entrance can be a little tricky to find! There are three elevators, leading up to the park and probably the easiest to find is the tall Crossway Tower building that towers over the garden. Enter on the ground floor and find the elevator to “Meguro Sky Garden” (and the municipal library) which is on the 9th floor.

Although this park is quite small, there’s a lot to see and appreciate here. Plus there’s picnic benches or grass for lounging about. So give yourself at least 20mins to soak up the surreal motorway roof top park atmosphere.

And we complete our tour with a nice stroll back to Nakameguro Station along Meguro River, which is about a 25-minute leisurely stroll. To get to the river, you retrace your steps back to the bottom of the hill you came down from the park. Or simply walk back along Yamate Dori until you find the river—then follow it to the south east.

The river itself isn’t much to speak of (as with most rivers running through the city), but the tree lined lanes on either side make for a very popular cherry blossom spot in the spring. As typical with hip Nakameguro, this walk is dotted with stylish boutiques and eateries. Though pretty much all of them are charming, one of our favorite places to eat is:

Chanoma has a tasty and good-value deli lunch (¥980), but really it’s best as a spot to chill for a few hours in the afternoon, or the early hours of the morning. The cafe is situated in the top floor of a rather thin building that overlooks the river, and half the seating is window-seat-style cushions which you will have you dozing the afternoon away like a cat.

As a special cheapo bonus we’ve prepared a video explanation of this Nakameguro and Daikanyama walking tour. If that’s not your thing, there’s still the good old tried and trusted map found below. Or follow the route on Google Maps.