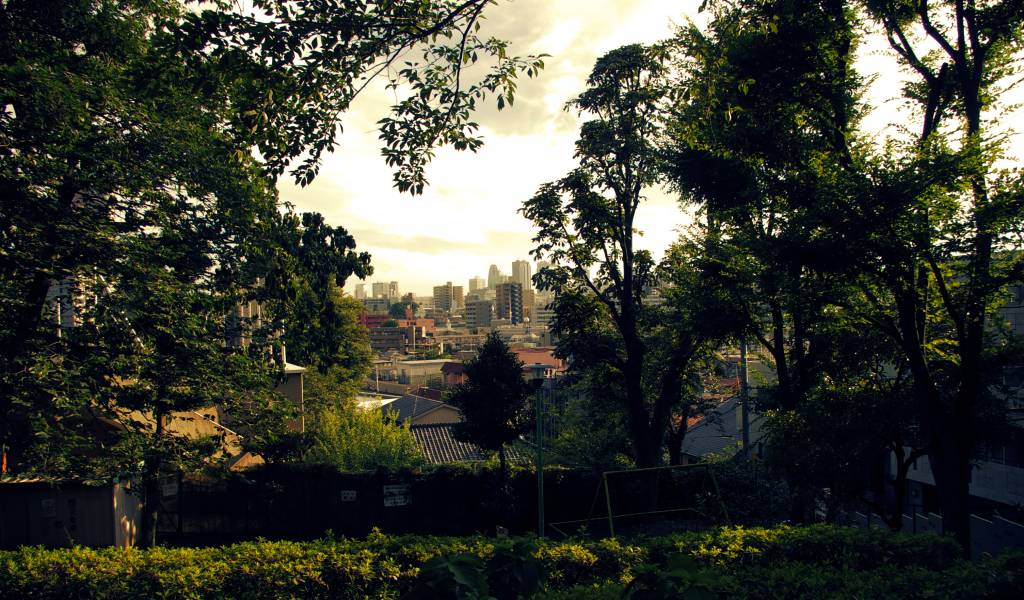 Mejiro perhaps isn’t top of everyone’s sightseeing itinerary, and, in truth, nor should it be. Although a stop on the Yamanote Line, the area can’t quite match the excitement you’ll find in neighboring and far more famous Ikebukuro or Takadanobaba. But—and this is a big but—Mejiro does have something these places lack. Calm.

That’s right, Mejiro’s selling point is its surprising feeling of serenity. For such a central and easily accessible area, Mejiro has an almost suburban feel to it. There are no crowds, no terrifying department stores and no obnoxiously loud pachinko parlors. Instead, there are a lot of quaint stores and cafes, a prestigious university and (for this writer) two of the best parks in the city. If this sounds like your kind of deal, lucky for you, we’ve put together all the info you’re going to need to enjoy Mejiro on foot. Everything could easily be seen in an afternoon, but if you’re going to make the most of those parks, better to clear the schedule completely.

First stop: Mejiro Station. Just three stops on the Yamanote Line from Shinjuku or one from Ikebukuro, getting to Mejiro couldn’t be easier. There’s just one exit, so you can’t go wrong in that department either.

Exit the station and you’re right on the main strip, Mejiro-dori, with a pretty impressive view along the train tracks up toward Ikebukuro in front of you.

To the right of the station as you exit, just over a narrow road, you’ll spot the West Gate to Gakushuin University. Gakushuin is one of Japan’s most prodigious universities, counting most of the current members of the Imperial Family among its alumni, as well as Hayao Miyazaki and Yoko Ono.

The leafy campus is good for a stroll around, with a nice array of buildings old and new to take in. Strolling is pretty much the only activity here, however.

Mention Mejiro to any expat in Tokyo and chances are they will reply with something along the lines of: “isn’t there a good beer shop there?.” And the answer is yes, yes there is.

Tanakaya is just to the left of the station on Mejiro-dori, down a flight of stairs. Its reputation proceeds it for good reason, it’s a treasure trove of, not just beer, but alcohol of all kinds, much of which is difficult to find in standard convenience stores or supermarkets in the city. Prices, you’ll be glad to know, are also very reasonable.

Emerge from Tanakaya back onto Mejiro-dori and the next thing to do is simply have a walk up and down the street. There’s a healthy assortment of small stores, nice cafes, decent restaurants and the odd izakaya to duck into should the feeling take you.

Those with a sweet tooth should head towards Patisserie Aigre Douce—a French-style bakery about 10 minutes from the station on the right-hand side of the road (walking left, away from Gakushuin). This place specializes in the most fanciful, indulgent cakes, pastries and sweets you’ve ever laid eyes on. There’s always a queue, so be prepared for that.

Turn off Mejiro-dori up a small road between Family Mart and a bank (opposite KFC), take the second left and just around the corner at the end of the street you’ll come across the entrance to Mejiro Teien, a beautiful traditional Japanese garden tucked away in a residential area.

Although not huge, you can easily spend an hour or two here in contemplative serenity. The garden centres on a large koi pond, with a verdant path around the outside and plenty of places to have a sit-down or a picnic.

It’s open every day until 17:00 and is rarely very busy. In the autumn, opening hours are extended to allow it to be lit up with atmospheric lighting to wonderful effect. In the summer too, it stays open later for spectacular firefly evenings.

To find your way from Mejiro Teien to our next spot, head back the way you came, cross Mejiro-dori and down the road directly opposite the Family Mart. Keep going and you’ll eventually get to the above building (which reminds me of a Los Angeles crematorium, despite never having seen a Los Angeles crematorium). Turn right, round the corner and you’ll get to a flight of stairs, at the bottom of which is Otomeyama Park.

The park is split in two by a narrow, steep road, with the first section you come to being the smaller of the two. Here, there’s plenty of grass to lounge around on, plus a small pond home to a healthy turtle population. The larger section is set around a small valley, with a stream and ponds at the bottom and dense, forest-like sides. With the light streaming through the trees, the atmosphere in here borders on magical.

The park is a great place to finish up a walk around Mejiro. To catch the train home, either retrace your steps back to Mejiro Station or Takadanobaba Station is just a 10-minute walk away downhill.