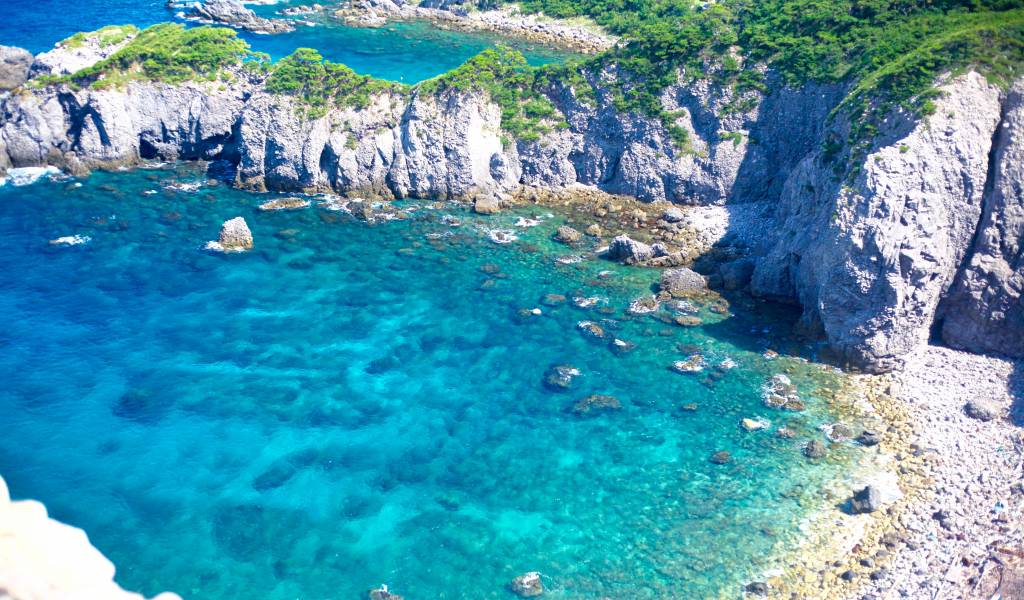 A small (3km by 2.5 km) island in the Izu Island chain. Administratively, the Izu Islands are part of Tokyo–although they are much closer to Shimoda in Shizuoka prefecture. Shikine-jima is also an administrative region of its closest neighbor island, Nii-jima.

Shikine-jima is set up for a short tourist season that extends from Golden Week until the end of August. Most tourists arrive on weekends at the end of July and in August.

Shikine-jima has four interesting sandy/rocky beaches, a dramatically jagged coastline carved by its volcanic history, several unique open-air onsens, and some shady trails through undeveloped woodsy hills on its western side.

The island maintains free camping throughout the year, although facilities are somewhat limited outside of the summer season. Minshuku and few ryokan are also less pricey than other tourist destinations in Tokyo–though only a few are open throughout the year.

Shikine-jima can be reached by boat from Takeshiba Port near Hamamatsuchō Station. The Tokai Kisen company operates overnight ferries and high-speed jetfoils to the island. Shikine-jima is also a short 10-minute hop from its neighbor, Nii-jima.