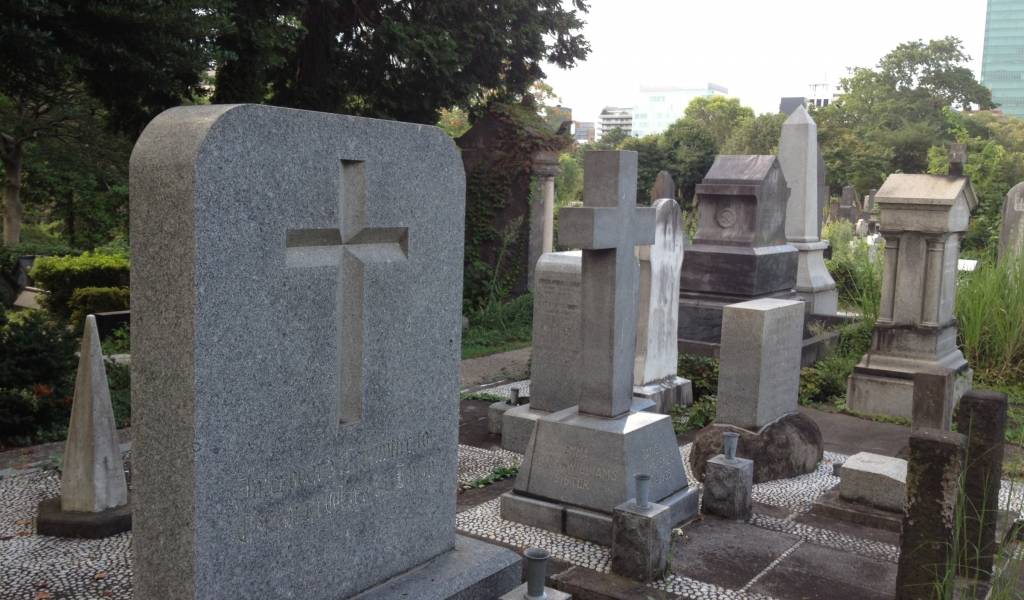 Aoyama Cemetery is one of the city’s largest and most centrally located cemeteries, situated between the upmarket neighborhoods of Nishi Azabu and Aoyama.

The 26-hectare cemetery is a popular strolling spot during early spring because of the hundreds of mature flowering cherry trees. It’s also a popular picnicking spot during hanami season, although picnicking is generally discouraged and is somewhat controversial.

With its position in the center of Japan’s most populous city, and opening in 1874—during the early years of the Meiji restoration—the cemetery is also the resting place of many important figures from Japan’s early modern history, including politicians, industrialists, soldiers, sportspeople, writers, artists, and academics. Among them are the remains of the famously loyal dog Hachiko, next to those of his master–Professor Ueno. Despite the length of time since his demise, Hachiko’s grave is constantly being cleaned and the flowers replenished.

In addition to the Japanese (former) residents, there is a foreign section of the cemetery, where many 19th century western advisers to the Meiji government in the fields of education, medicine and science have their graves. Unusually for a cemetery in Japan which usually only contain the ashes of the deceased, the foreign section houses human remains.

The foreign section is in the northeast sector of the cemetery next to one of the main avenues that runs north-south. The spot is marked with a plaque and the crosses amongst the otherwise Buddhist graves make the foreign graves conspicuous.

Aoyama Cemetery is right next to Nogizaka Station on the Tokyo Metro Chiyoda Line. Follow the exits for Aoyama Cemetery, and be sure not to take the Akasaka exit. Aoyama-itchome Station, Gaienmae Station, and Roppongi Station are also within easy walking distance.