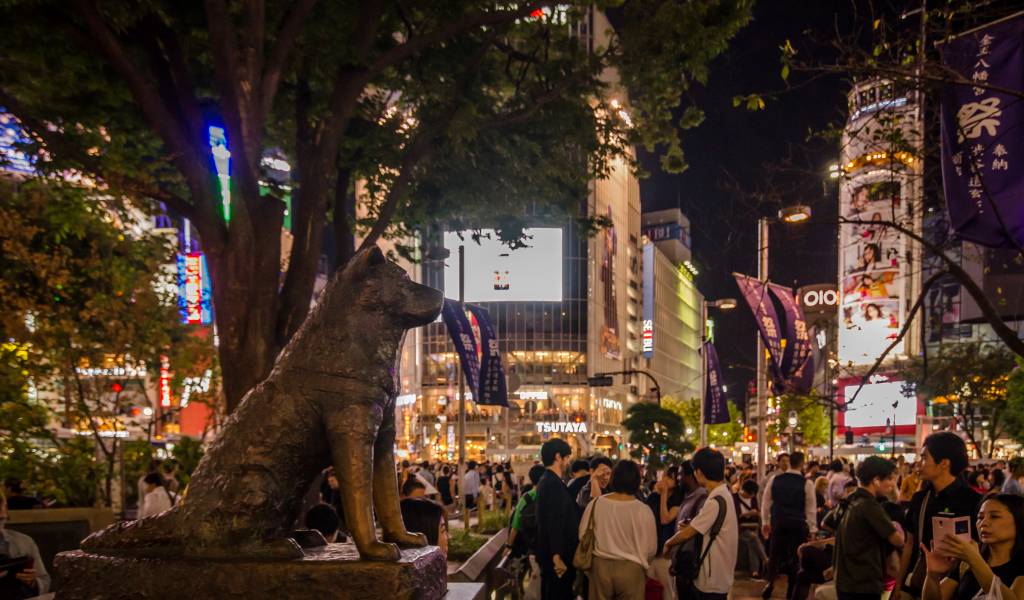 A monument to a loyal dog, this has become the place to meet someone in Shibuya, be it a friend, date or mysterious stranger.

A sign of loyalty and fidelity, the statue was built in memory of Hachiko, loyal pet of Professor Ueno, immortalised in literature, film and metal for his loving devotion to his master. The faithful Akita dog would wait for his master’s return from work each day at Shibuya Station, until one day when his master died suddenly while giving a lecture. Unaware of his master’s fate, Hachiko would return to the station every day at the same time until his death NINE YEARS LATER.

He became a popular local character and the first statue was erected while he was still alive, although it was later used for metal in the war effort. Years later, a dedicated team petitioned for a replacement which was eventually designed by the original sculptor’s son. Hachiko and his master are buried next to each other in Aoyama Cemetery, but this statue is the focal point of his memory, with an annual ceremony held on April 8th.