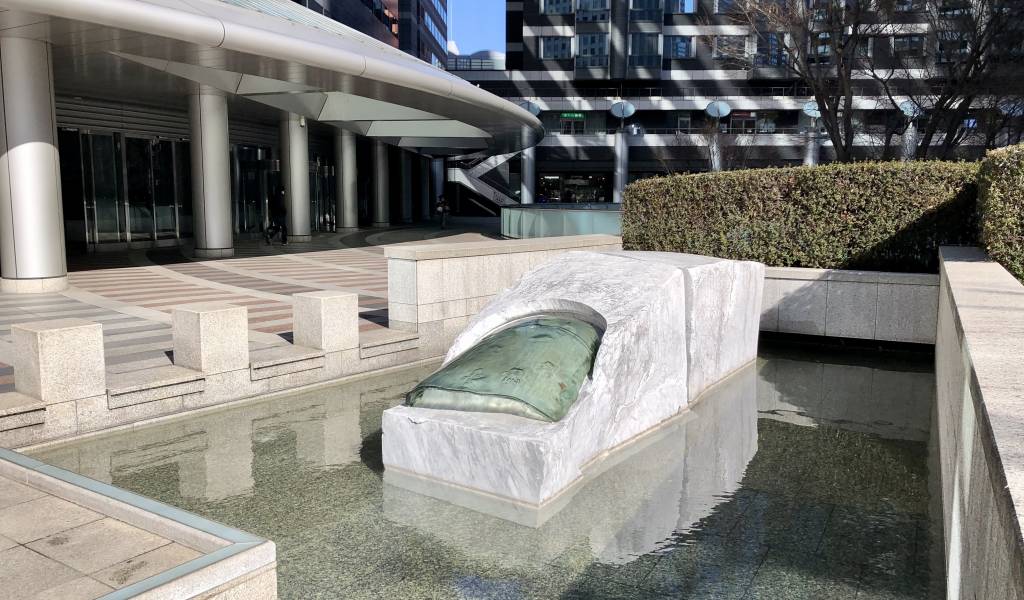 Beyond Hachiko: A Guide to Tokyo's Other Unique Statues

If you don’t know much about Shibuya’s famous statue dedication to the city’s most loyal dog, Hachiko, that’s ok! We’ve got all the info you need on Tokyo’s most loved pup, including where to find him immortalized in bronze. If you do know Hachiko, then chances are you also know how popular the guy is—and perhaps you’ve already seen him.

While ol’ Hachi is definitely worth a photo, did you know that Tokyo is actually a city overflowing with weirder, cuter and more offbeat statues to peep at? From peeing train platform babies and copycat dedications to France, to massive robots and their (potentially) severed toes, here are some out-there Tokyo statues.

Topping the list is probably the most graphic of all the city’s weird statues: the straightforwardly named Manneken Pis statue. Located on the platform at Hamamatsucho Station, this peeing boy is actually a cheeky little replica of the famous Brussels statue of the same name.

Why those responsible for designing the Hamamatsucho Station felt the need to add this particular little taste of Europe to the platform is anyone’s guess. But what’s most confusing about this is how a statue with running water actually passed through the transport bodies—seems like a bit of an accident waiting to happen.

On a more endearing note, the personnel at Hamamatsucho Station love to get their local resident all decked out in stylish gear, giving the little guy a new outfit each month. When we visted, he was dressed up in a costume from the popular Japanese manga series Demon Slayer: Kimetsu no yaiba.

To find it, the statue is at the far south end of the southbound platform.

Statue of Liberty replica in Odaiba

If you’ve visited the area, you’ll probably agree that Odaiba is a strange place—but that doesn’t necessarily mean bad. This artificial man-made island became a futuristic tourist destination in the nineties after sitting relatively dormant ever since it was constructed during the tail end of the Edo period. As hotels started setting up home base here in the nineties, the island established an almost “no rules apply” type atmosphere, where companies and creatives could try out new things—guidebooks would eventually catch up.

As a result, the area is home to some rather out-there attractions including a cyborg info desk clerk at Aqua City shopping complex and this strange creation, a Statue of Liberty replica. Standing proud at one-eighth the size of the original, the statue was erected in 1997 as a monument to Japan’s ties with France. It was only supposed to be temporary, but became quite the popular attraction. The “Meh, why not? It’s fun!” attitude that kept it there is pretty much the embodiment of Odaiba.

Staying on the island of Odiaba we have another important and ultra-strange statue: the monolithic 19-meter-tall illuminated Gundam statue, which stands proud guarding the entrance to Diver City. If you’re not too familiar with anime history, Gundam was and still is a massive robot-centric sci-fi franchise loved by geeks of all ages here in Japan and abroad.

Recently given a makeover for the 2020 Olympics, giant Gundam now boasts a very chic RX-0 Unicorn Gundam design that he likes to show off during his live performances, which happen at 11 am, 1 pm, 3 pm and 5 pm daily.

Next up is a sculpture that looks like it could quite well be massive severed Gundam robot toe. A creation of the Italian contemporary artist Giuseppe Penone, this marble and glass creation is one of those figures you can’t quite figure out what it is, but once you see it there’s no un-seeing.

Located in the central business district of Shinjuku, and admired by passing salarymen all day, this large waterlogged digit was crafted in 1993—and still 25 years later remains one of the city’s more wtf landmarks. In a city that loves the obscure as much as Tokyo, that’s quite an impressive feat—even if it wasn’t what Penone has intended.

Around the side, there is another sculpture (below). Both are located at the Shinjuku i-Land shopping/business centre. Nearby is the Tocho Building, Shinjuku Central Park, Sompo Museum, and Shinjuku Station.

So you’ve already pushed your way through the crowds mulling around the exit of Shibuya Station, and hovered patiently as fellow tourists try and angle the perfect selfie in front of the original Hachiko statue. Now you’re wondering: “Was that it?” Well, actually no—there’s another (arguably cuter) Hachiko to meet and pet and take pictures with. Even better, he’s positioned less than 10 minutes down the road.

Housed in the back entrance of Shibuya’s Mega Donki shopping complex is where you’ll find the cartoon incarnation of Japan’s most popular Akita dog. With a raised paw beckoning guests inside, it’s not the only Hachiko you’ll find here in Donki. If you make your way to the second floor of the complex, you’ll be able to pick yourself up a Hachiko taiyaki—a warm Hachiko-shaped cake filled with custard, chocolate or red azuki beans.

What are some of your favorite Tokyo statues? Take a pic and tag us on Twitter or Instagram and we’ll reshare!

Hamamatsucho Odaiba Shibuya Shinjuku
Written by: Lucy Dayman
Filed under: Sightseeing
Tags:
Sharing
Questions or comments about this article?
Start a thread on our community forum
Ask our local experts about Tokyo