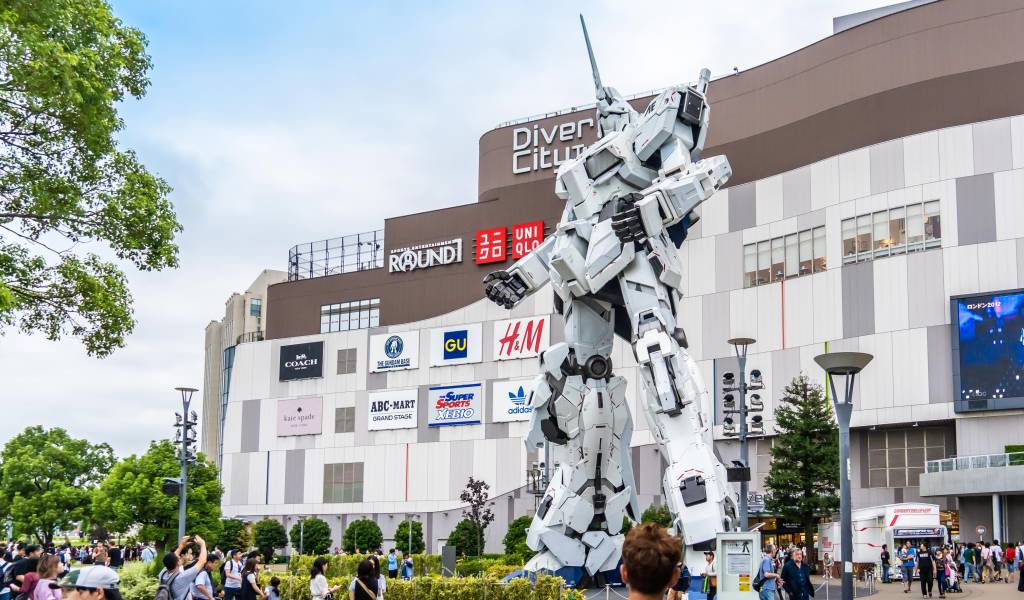 Very recently replaced, the new 19.7m Gundam stands tall over the Odaiba waterfront as it prepares for its role in the upcoming 2020 Olympics. Popular with fans of the animation series already, it is hoped the animated robot will draw tourists to the area in the space leading up to the games. Able to transform from Unicorn Mode to Destroy Mode, the model is an improvement on its predecessor who was removed in March this year. There is a Gundam Cafe nearby as well as a shop dedicated to selling , assembling and painting models of the statue.