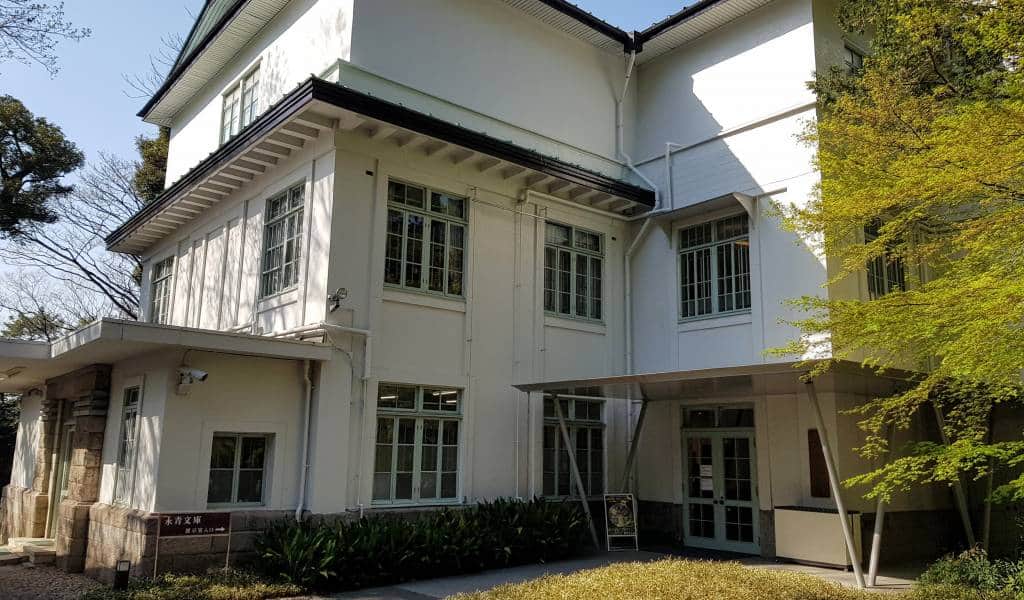 Established in 1950 by Moritatsu Hosokawa—a twentieth century politician and descedent of the Higo-Hosokawa feudal dynasty—the collection is a mix of treasures passed down from feudal times as well as items acquired directly by Hosokawa.

Only a small fraction of the 94,000 item collection is on display, with 58,000 items entrusted to Kumamoto University and 28,000 items in the safekeeping of Keio University.

If you’ve been enjoying some of the more urban and hectic attractions of Tokyo, the grounds of Eisei Bunko Museum and some of the surrounding attractions do offer a much calmer, greener contrast.

There is a lift in the building, but not all areas of the museum are accessible by wheelchair.

Admission is free for children of middle school age and younger.