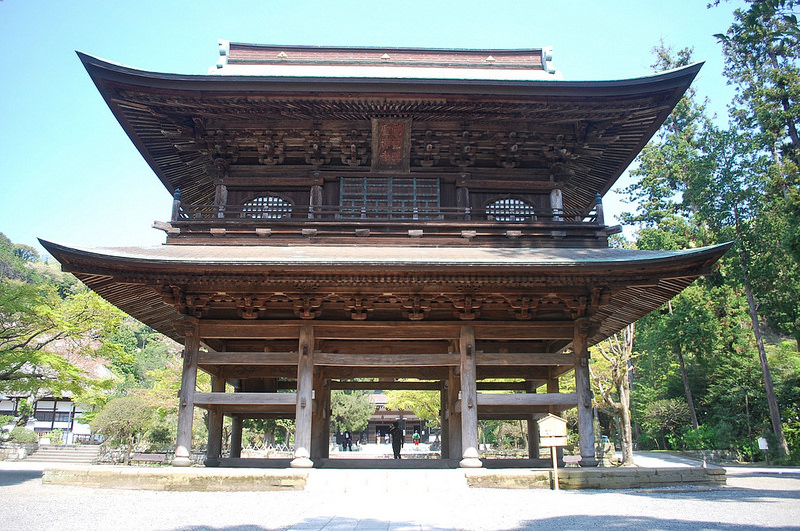 Engakuji Temple was built in 1282 to console the souls of the fallen soldiers following the second invasion attempt by the Mongols and is one of the leading Zen temples in Japan. It stands surrounded by impressive sloping cedar forests and has a series of stunning structures leading to the main hall (the Butsuden) which houses a wooden statue of the Shaka Buddha. Beyond the hall is the Shariden; a hall which enshrines the tooth of Buddha and can only be seen from a distance for the majority of the year. There is a particularly beautiful spot by the large bell – with a teahouse where you can try traditional tea and sweets. It is particularly popular in Autumn as it is surrounded by beautiful Autumn leaves which peak in early December.