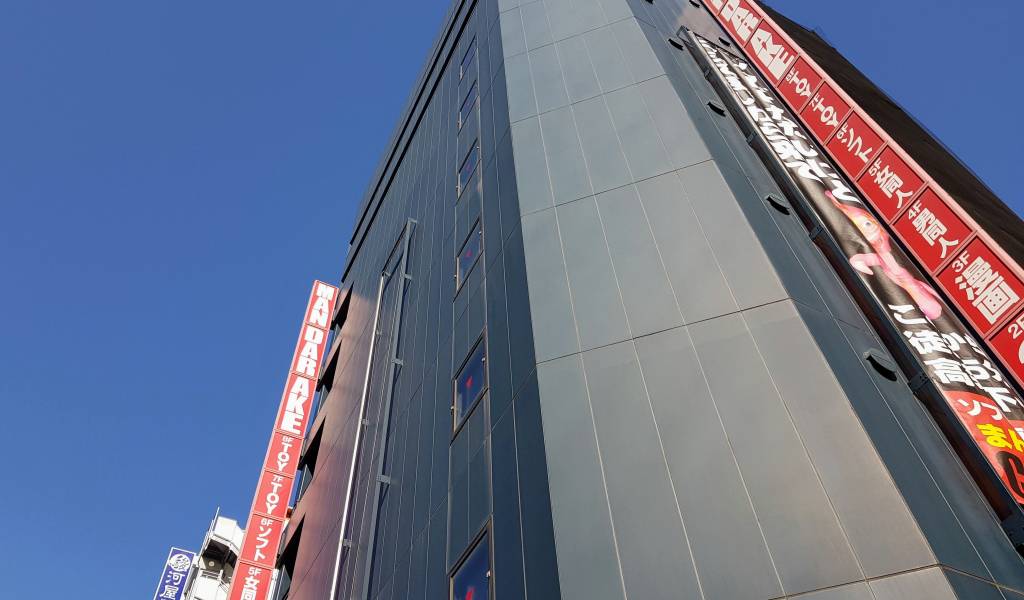 Mandarake is not exactly cheapo, but it might very well be the largest otaku emporium in Akihabara. Most of the products are second hand, so their are deals to be found.

The ground floor has a “Japanese Pop Antique” section of rare, vintage figures—many are worth hundreds of thousands of yen. Also on the first floor are the counters for selling your unwanted goods. The second floor houses dolls, “magical girls toys” (Sailor Moon etc.) and cosplay items. Continuing up, the third floor has regular manga that you might be familiar with.

The fourth and fifth floors are stocked with doujinshi (independently published comics), and adult comics. The fourth floor is geared towards men, while the fifth floor stocks genres typically popular with women—such as Boys Love Manga (manga depicting homosexual relationships between men written by and for women.) Although doujinshi often steal characters from other manga and even western comics, they are tolerated because they have small print runs. Some of the mash-ups can be eye-popping, so if you’ve ever wanted to see Superman get it on with Captain America, then you’ll likely find it here.