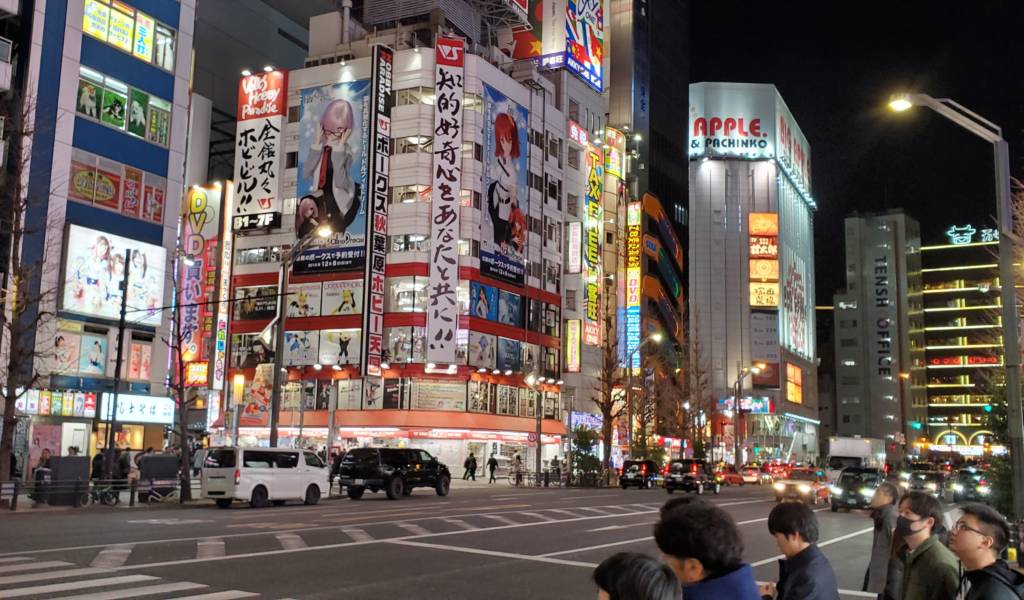 Akihabara Beyond the Popular Attractions

Akihabara is largely known for two things: electronics and being an otaku haven, though nowadays, the electronics seem to have become overshadowed by the geeky stuff. The closest English translation for otaku would be geek, although otaku carries a stronger negative connotation, evoking images of someone who’s socially awkward and obsessively focused on certain interests. Being loud and proud about being one can still be akin to social suicide. Still, thanks to the Japanese government’s worldwide PR campaign, Cool Japan, tourists love Akihabara, and Akihabara in turn displays its otaku-ness with pride.

This area is such a popular part of Tokyo that it’s been covered heaps of times by different websites and guidebooks. You’ve probably already heard of the Gundam Cafe, anime merchandise shops, and maid cafes. Is there anything more to be said about Akihabara? Yes, of course there is — otherwise, we wouldn’t have come up with this guide! We list the things that Akihabara is known for, run you through the popular options, and suggest some alternatives, as well as four super-cool ways to experience the area (scroll down to the bottom for more).

Animate is the place to visit for official anime merchandise. This multi-storied shop offers a wide selection of manga, DVDs and character goods such as key chains and even themed food. The famous figure company, Kotobukiya, also has a shop in Akihabara—they sell not only figures, but character goods as well. Cospa sells official clothing and accessories, although they are, frankly, overpriced.

Are you suffering from an attack of the fandom feels? Perhaps doujinshi (fan comics) are your thing, so head over to Tora no Ana (which is next to Animate), Mandarake and K-Books. Mandarake and K-Books also have second-hand merchandise, some of which you can get for a very good price. For instance, some items are prizes from ichiban kuji, a lottery of sorts. But why take a gamble (or two, or more) on the ichiban kuji and risk not getting the prize you want when you can head over to a proper second-hand shop and buy it at a more reasonable and secured price? Hint: see below.

You can also try your luck at bargain-hunting at the Mottainai Flea Market, which is held in front of Akihabara UDX at least once a month. True to Akihabara’s image as an otaku mecca, most vendors at this flea market sell figures and other memorabilia. Some vendors might even be open to haggling!

You can’t pass through Akihabara without seeing at least one maid handing out flyers. Akihabara is, after all, the birthplace of the maid cafe. As the name implies, in such cafes, waitresses dressed as maids treat you as their master — not in a kinky way, but by playing up their cuteness.

Maidreamin and @home cafe are the best-known maid cafes. It helps that they have several locations: @home takes up three floors of a building and has a branch inside the variety goods shop Don Quijote, while Maidreamin has branches even beyond Akihabara. While visiting a maid cafe certainly makes for a novel experience, be aware that it can leave you feeling slightly ripped off; the food is expensive and lackluster at best (but it’s arranged to look cute, if that’s any consolation), and many cafes have a table charge of 540 yen, allowing you to stay only for a maximum of an hour or an hour and a half.

I bet you can’t guess the original maid cafe! No, it’s not @home or Maidreamin. You won’t even find any of the maids out on the sidewalks. It’s Cure Maid Cafe, in the same building as Cospa. Don’t expect cutesy, perky maids chanting “moe moe kyun” or calling you “Master” here. As Cure’s intention was to recreate the feeling of the Victorian era, the cafe has a subdued ambiance, and the maids are demure. Other maid cafes took Cure’s basic concept and turned it into something more gimmicky.

Dining at Cure Maid Cafe doesn’t entail a table charge, and the food and tea are surprisingly good (not the most delicious, but better than at other maid cafes). You might, however, be disappointed that you can’t take pictures with the maids, unlike at other maid cafes where there’s an option to do so for a fee.

You might also want to try a differently-themed cafe. Little TGV is what you get when you combine a maid cafe and a railway-themed cafe, with the drinks being named after train lines, railway displays all over the place, and waitresses dressed as station attendants.

The world’s largest pop group, AKB48, has its origins in Akihabara – that’s what the AKB part stands for. The theater where they perform is on the 8th floor of Don Quijote, and yes, they still hold performances there. Who knows, you might even be able to meet them! The official AKB48 cafe and shop is not far from Akihabara Station. If you’re a fan, be sure to check it out, as they have some exclusive items.

There are several other idol groups hoping to make it big in the industry, and you can show your support for them by visiting an idol cafe. Co-founded by the producer of popular idol group Morning Musume, Akihabara Backstage Pass is a place where customers act as producers by giving aspiring idols points, with the higher-ranking ones having a greater chance of success breaking into the idol business. You can also watch them perform. As with maid cafes, the food is nothing special; the cafe’s charm lies in the experience it offers.

Contrary to popular belief, you can’t just cosplay on the streets of Akihabara. As far as we know, it’s not illegal, but it’s highly frowned upon to just wander about in cosplay unless there’s an event going on, so don’t do that unless you want to look like a weeaboo*.

*weeaboo: someone who is  all about Japanese culture/anime/manga.

That said, if you want to get your fix of cosplay items, Akihabara’s got some options for you.

ACOS, a sister company of Animate, is a one-stop shop for all your cosplay needs. It has wigs, make-up, accessories, and even official costumes. It’s on the fifth floor of the otaku paradise that is Akihabara Culture Zone.

Good news for cheapos—you can get second-hand costumes, wigs, and shoes at Mitsubado. They have an online shop, but going to the actual store to check out the costumes and wigs is part of the fun. Prices vary depending on quality and condition, but it’s possible to get some real bargains. If you’re lucky, you can even find long wigs for under 1,000 yen. The shop also has promos, such as a student discount of 5%. Mitsubado is truly a savior for those who want to cosplay on a budget.

If you arrive in Akihabara expecting to shop for items that are neither electronics nor otaku memorabilia, you’ve come to the wrong place. But fear not, there are a few options for you too!

For electronics (and more), the huge Yodobashi Camera is a fixture that’s hard to miss. Because it also sells toys and souvenirs, it feels more like a department store than just an electronics retailer. Its rival, Sofmap, also offers electronics at good prices, although Yodobashi Camera, with its signs in different languages, seems better-equipped to deal with tourists.

Duty-free retailer Laox may no longer be doing as well as it was during its glory days, when it had more shops all over Akihabara, but it’s still worth checking out, especially for its souvenirs. If you plan to buy gifts for several people, they have small keychains that aren’t too expensive but, at the same time, aren’t too touristy in appearance.

Lastly, looking out of place in geeky Akihabara is the trendy atré department store. It also houses some decent restaurants.

If you see a red-bricked, bridge-like structure, that’s Maach Ecute Kanda Manseibashi, a shopping and dining complex that opened in 2013 from the remains of the long-closed Manseibashi Station. While it doesn’t have many shops, its restaurants and cafes offer a relaxing view, as this complex stretches down the Kanda River. They may not be as picturesque as Europe’s canal cafes, but they’re probably the closest a Tokyoite can get to experiencing dining by the waterside.

This small group tour includes entry to a maid cafe with a drink and polaroid photo as well. You also get to stop by a retro video game store and a photo booth. The small group size means you’ll have a more personalized experience while you explore.

Ever wanted to dress up as Mario and zoom around the streets of Tokyo in a go-kart? Now’s your chance. You can rent costumes and karts for up to five hours and whizz around the roads of Akihabara and even further afield.

For more info on Akihabara (and Tokyo as a whole), check out our eBook and give this list of free and cheap things to do in Akihabara a read.

This article was originally published on January 23, 2015 and was updated by Carey Finn on December 4, 2016.

Maach Ecute Kanda Manseibashi
1-25-4 Kanda-Sudacho, Chiyoda-ku, Tokyo
Akihabara
03-3257-8910
Written by: Tiffany
Filed under: Things to do
Tags:
Sharing
Questions or comments about this article?
Start a thread on our community forum
Ask our local experts about Tokyo