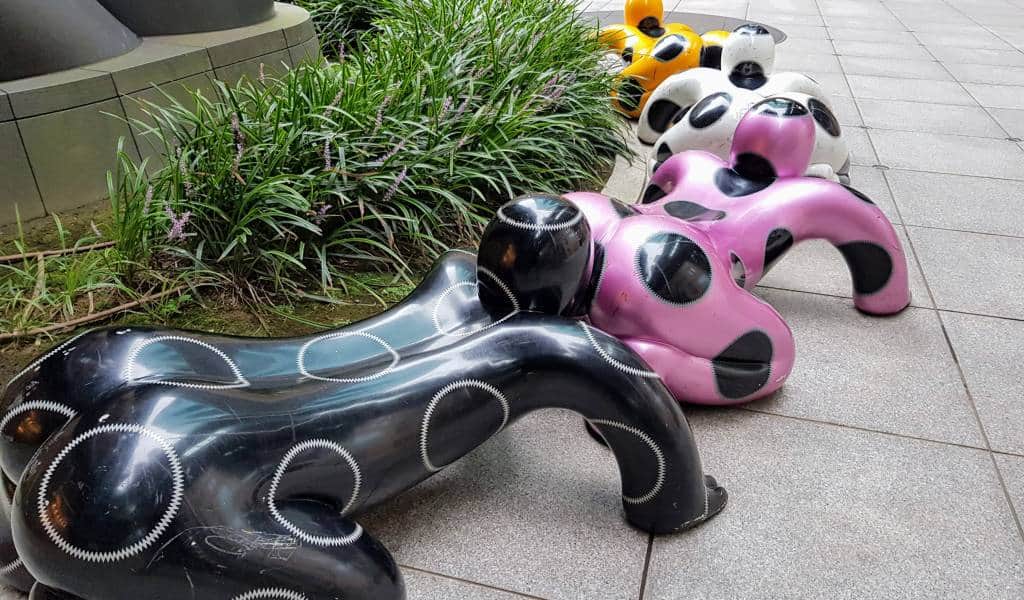 The NTV Plaza is the area in front of the NTV Tower in Shiodome. The tower houses the main studios and offices of NTV—one of Japan’s largest television broadcasters. Unless you are a Japanese TV fanatic, the building itself isn’t of much interest.

The plaza however, is filled with unique objet d’art which appear to be large, plump human-like figures sniffing each others behinds. These characters are actually known as “Shiotama”—named for their location in Shiodome and their spots (tama).

They’re not just for looking at, you can sit on them and take a rest.

Another reason to stop by to check out these strange figures is that they’re just around the corner from the Giant Ghibli Clock.