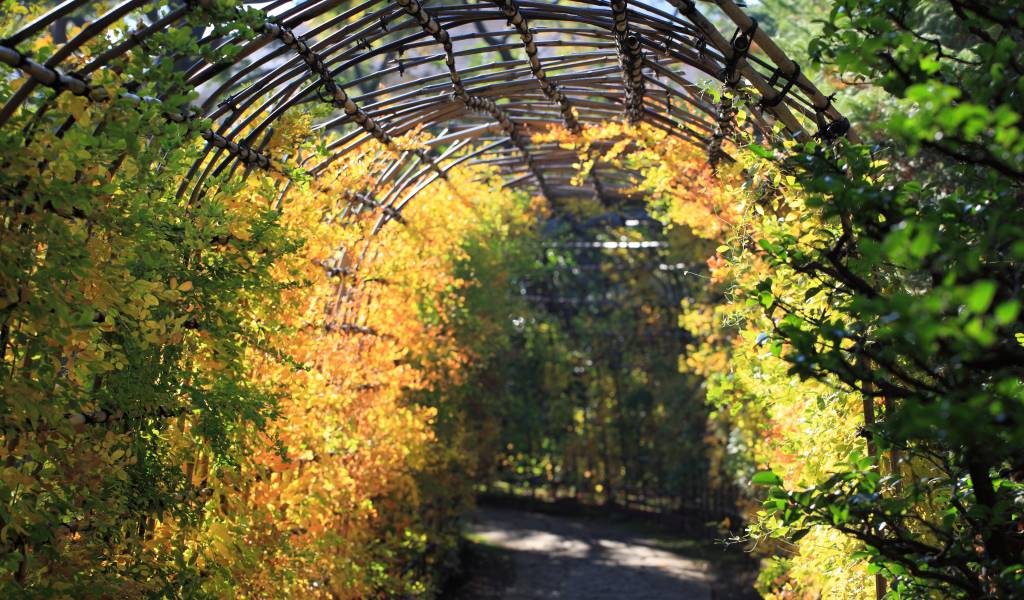 A traditional Japanese garden located in Kokubunji, the Tonogayato garden was designated a Place of Scenic Beauty by the Tokyo Metropolitan Government in 1998. The park features a pond with a natural spring, a bamboo forest with slopes leading up to a large lawn and a small tea house.

The garden is named after the region’s original name and covers are area of around 21,000 square meters. Originally located in the grounds of a villa built for Eguchi Teijo, it was later bought by the founder of Mitsubishi (a keen garden collector) and completed to include a circular pond and tea house. It was later purchased by the government and opened to the public in 1979.

The garden is centred around the pond and uses the Musashino plateau landscape of valleys to add to the scenic beauty. The garden contains plenty of seasonal flowers and plants including plenty of lilies and autumn leaves.