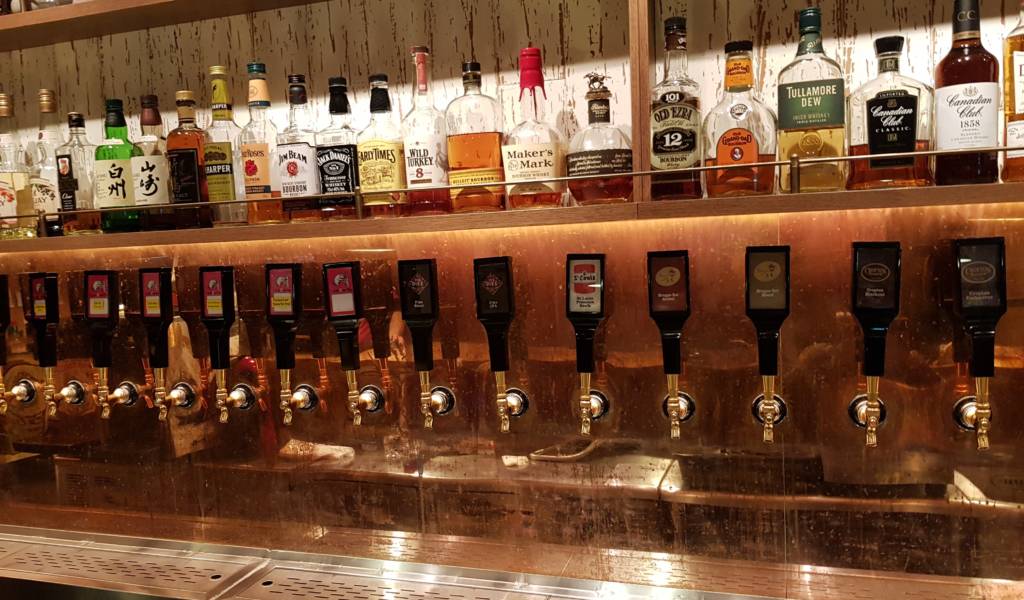 Despite its size and bustle, Shinjuku still comes up a little short in the craft beer bar stakes. Craft Beer Tap is one exception, although perhaps due to its rarity, the prices may be a shock to the system.

Despite the steep beer prices, they have a reasonably priced food menu (the M-sized fish and chips I had for ¥800 was more than filling. The staff are also quite friendly and helpful, letting me charge my phone from an power outlet at the bar.

They also have a couple of big screens for watching sports.