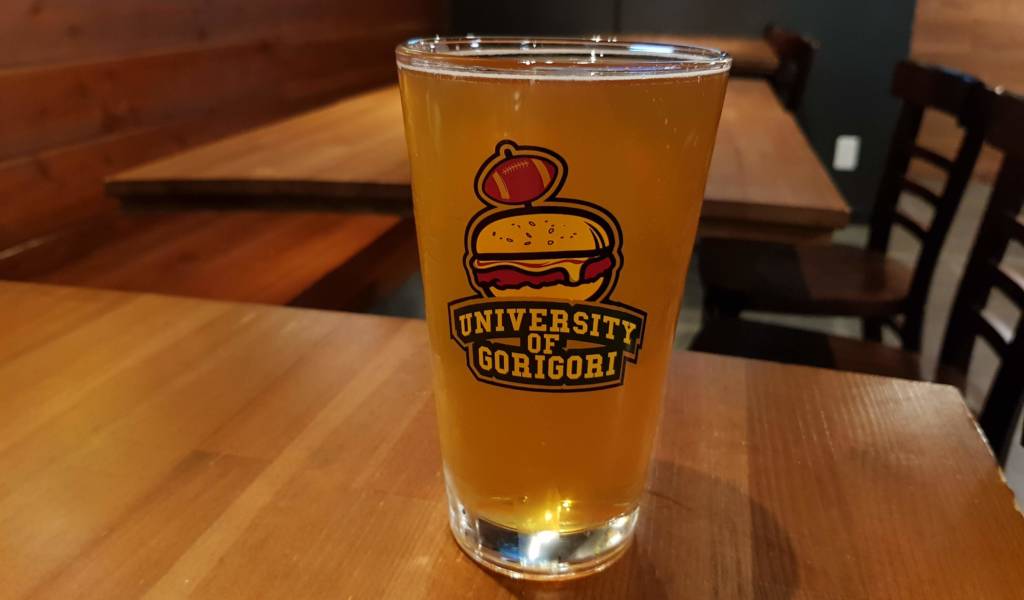 Gorigori Burger is a great-value beer and burger joint located down an alley opposite Roppongi Hills.

Burgers are a little more expensive, but they slot into the “gourmet burger” class with big juicy meat patties. Prices start at ¥1,100 for a basic burger up to the ridiculously large “Challenge Burger” for ¥4,000.

There are plenty of non-beer options as well, such as pints of Dr. Pepper (¥499) for the kids or non-drinkers. Apart from burgers, there are lots of fried options, like huge onion rings for ¥490, fried fish and tartar sauce for ¥499, homestyle wedges for ¥490, and meal-size nachos for ¥1,880.

All ordering is via an iPad attached to the wall. The touch-screen menu includes some hilarious options such as “Rental Ash Tray” for ¥50,000, “Right to Smoke” for ¥150,000 and getting staff to memorize the ABV and IBUs of the different beers for ¥1,000,000.

Take out is available only for burgers. All prices quoted are exclusive of consumption tax. Also, note the early (for Roppongi) closing time. They apparently close when the burgers run out, so if you stop by before the official closing time and find that it’s shut, don’t be surprised.