The cheapest way to enjoy a glass of craft in Tokyo is to buy some at a bottle shop and drink it either outside or at home. However, if you want to sample some rarer brews or you can’t convince your friends to hang out with you in the park regularly, then one of the more reasonably priced Tokyo craft beer bars listed below may be what you are looking for. As a point of reference, the average price for an American pint (about 450 ml) in Tokyo is around ¥1,100 to ¥1,300. All of the craft beer places below are considerably cheaper.

Check out our article on ordering craft beer at home from some of Japan’s best craft beer breweries, including discount codes to use when ordering.

Literally “Shinshu (Nagano) Alcohol Village”, this place has beer from only a single prefecture in Japan. Luckily for you, that prefecture makes some of the best beer in Japan and luckier still you can drink at the bar for wholesale prices. The price of Shiga Kogen beer is even cheaper than you’ll find in a liquor shop. The staff are knowledgeable and friendly and will do their best to explain the different brews. In summer it can be a little hot and stuffy, but beer is the perfect antidote. More info and review here.

Nestled next to an elevated expressway between Yaesu and Ginza, IBREW is a tiny bar that spills on to the street with kegs and rounds of wood for tables outside. They have ten taps pouring a variety of Japanese and Tokyo craft brews. On the day we visited, there were beers from Hideji, North Island, Baird, Hakodate Beer, Romantic Village (better than it sounds) and Minami-Shinshu. According to the barstaff, they often have Minoh and Shiga Kogen brews on tap as well. Prices are ¥421 for a smaller glass and ¥745 for a large glass. 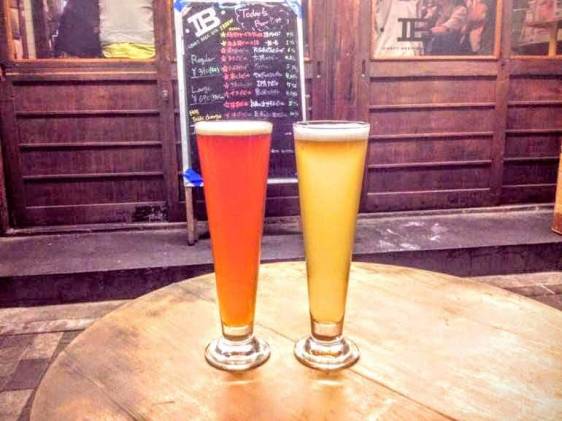 GBF has more than 40 beers on tap, focusing on Japan, the US and Europe. While a lot of beers on tap exceed ¥1,000/pint (American size), the locally brewed beers are more reasonable—including the house brand Endless Brown Ale (¥950). All Tokyo craft beers are ¥200 off during happy hour bringing the ¥950 GBF Brown down to ¥750. Happy hour is from 5 pm to 8 pm, Monday to Thursday and from 4 pm to 7 pm on Sundays. 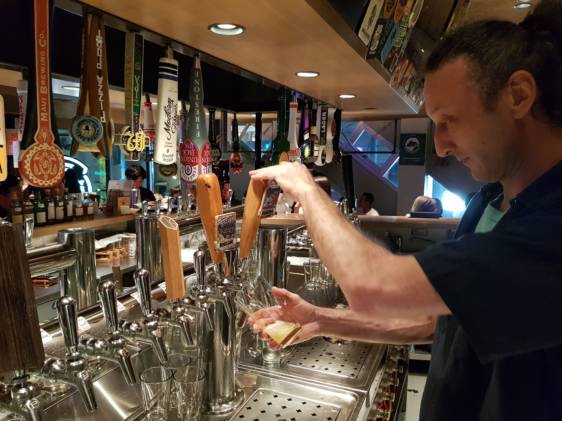 Craftsman is on the first floor of a building full of bars and pubs just a 3-minute walk from the west exit of Gotanda Station. There are 31 craft beers on tap and a reasonably priced food menu to go along with your beer (a huge plate of Belgian frites for ¥600 + tax). Beer is priced by the glass. Irrespective of the maker or variety, it’s ¥500 + tax for the smaller glass and ¥800 + tax for the larger glass. The larger glass holds approximately 350 ml. While this isn’t extraordinarily cheap (à la Shinshu Osake Mura), they have an incredible range: Minoh, Romantic Village, Tokorozawa Beer, T.Y.Harbor, Outsider, Sankt Gallen, Kagua and more. Even a dedicated craft beer explorer will find a number of rare varieties that they haven’t tried. Also be aware of the seating charge of ¥300 per person. 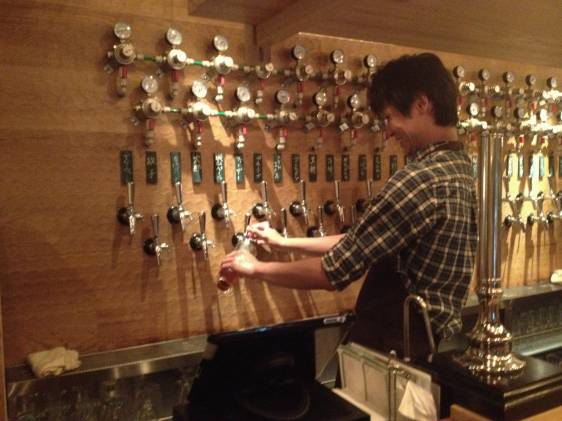 Sandwiched between the usual clubs and bars in Roppongi, Two Dogs stands out with a range of 24 Japanese and international craft beers on tap. Split equally, the beer menu is regularly updated and features a mix of the big names and seasonal craft beers from across Japan, some familiar American labels, and their original house brew Roppongi Pale Ale. Japanese beers are all below 1,000 yen a pint, while some internationals go above, but smaller sizes are available too.

To make the most of it though, Hoppy Hour is the time to go. Between 5 pm and 7 pm every day, pints are reduced down to medium price and medium to a small, knocking a good few hundred yen off your bill. A full-menu nomihodai (all you can drink) deal is also available for ¥3,600 if you want to try a good selection. The pizza is great; freshly made in the wood-fire oven (vegan options available), and half price on Sunday evenings for the perfect cut-price combination.

If you’re a bit of a beginner, or not sure where to start, the owner Mike knows a thing or two about his beers and is always willing to give recommendations (and tasters if you’re nice). All staff speak English, free wifi is available and there is no seating charge, but it can get quite busy! 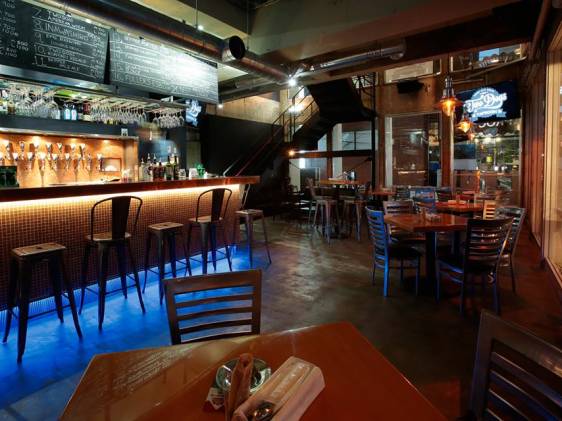 Within spitting distance (on a windy day) of Roppongi Hills, this American football–themed beer and burger restaurant serves surprisingly cheap craft beer. An American-size pint costs only ¥790 with a “beer flight” of six small glasses for ¥1,800. Gorigori has 13 taps of imported and domestic craft beer from the likes of Sierra Nevada, Ise-kadoya, Ushitora and Hop Havoc. The burger and food menu is extensive, but watch the early closing time—they shut up shop when the burgers run out.

Titans is the beautiful offspring of a partnership between two beer importers: AQ Bevolution and Beer Cats. The 10 beers on tap rotate through the offerings from AQ Bevolution and Beer Cats with the odd Japanese guest beer. Prices start at ¥700 for a goblet and ¥1,300 for an enormous 700 ml “Titan” tankard. For value hunters, they have an ¥8,000 discount card that entitles you to 11 regular-size beers and one titan. Given that regular-size goblets may range up to ¥900 to ¥1,000, the discount card is a good deal. Bottles in the fridge start from about ¥500, though, there’s a ¥300 corkage charge to drink it inside Titans. 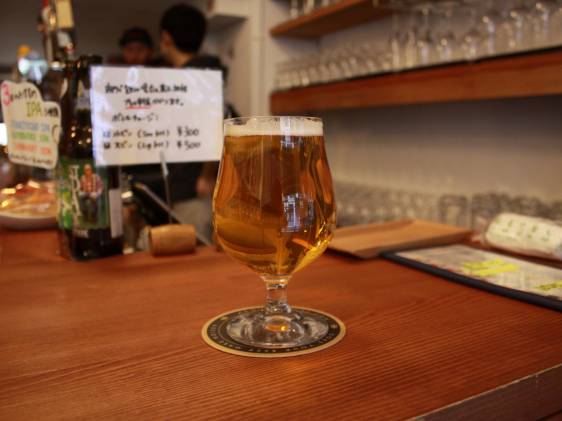 Apparently the “Ma” stands for “Mania” rather than “Mama”. Either way, Beer-Ma will have you drooling like a baby over their enormous bottled beer selection (1,500 varieties) and 10 taps of draft beer. Beer-Ma originated as a bottle shop on the other side of Kitasenju Station. Now, you can either drink your bottle on premises (there is a ¥100 charge per bottle) or take it with you. 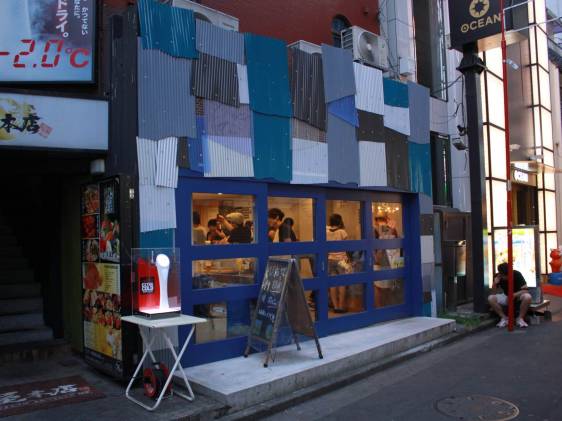 Very similar to Beer-Ma—but cheaper and more centrally located—is Jollys Liquor Store in Higashi. While Beer-Ma has taps and charges you a corkage fee for drinking cans and bottles in-store, Jollys doesn’t have taps and you’re free to take the bottles or cans home or to stand (there are no seats) and drink them in-store for the same price. The quality of the beers in the fridge is outstanding, with cans and bottles from Green Flash, Rogue, Sierra Nevada and many more. The prices (for craft beer) are in the ¥400 to ¥700 range, which is excellent value. If you want a proper meal, eat before you go as Jollys only serves convenience store–style bar snacks. On a week night, Jollys has a fun cheery atmosphere and seems to be free of the overly serious, beard-stroking aficionados. 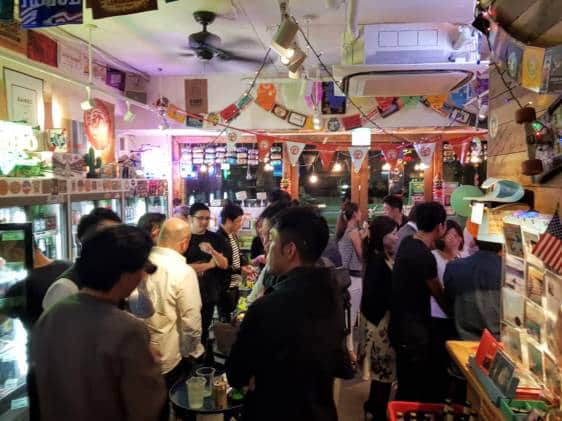 Craft Beer Market is a wildly popular craft beer bar now with seven branches in Otemachi, Shinbashi, Jimbocho, Kanda, Awajicho, Mitsukoshimae, and Kichijoji. While not super cheap, the prices are reasonable and the range of beers (about 30 domestic brews) are extensive. Sadly, on the day that we visited, neither of the two best beers on the menu were available. Prices are ¥480 for a glass and ¥780 for an American pint. Due to its popularity, it’s a very good idea to reserve your table in advance.

The following bars aren’t necessarily bad, but the craft beer scene has got so much better over the last few years, so they don’t quite measure up to the places above. They might be worth a look if you’re already in the area.