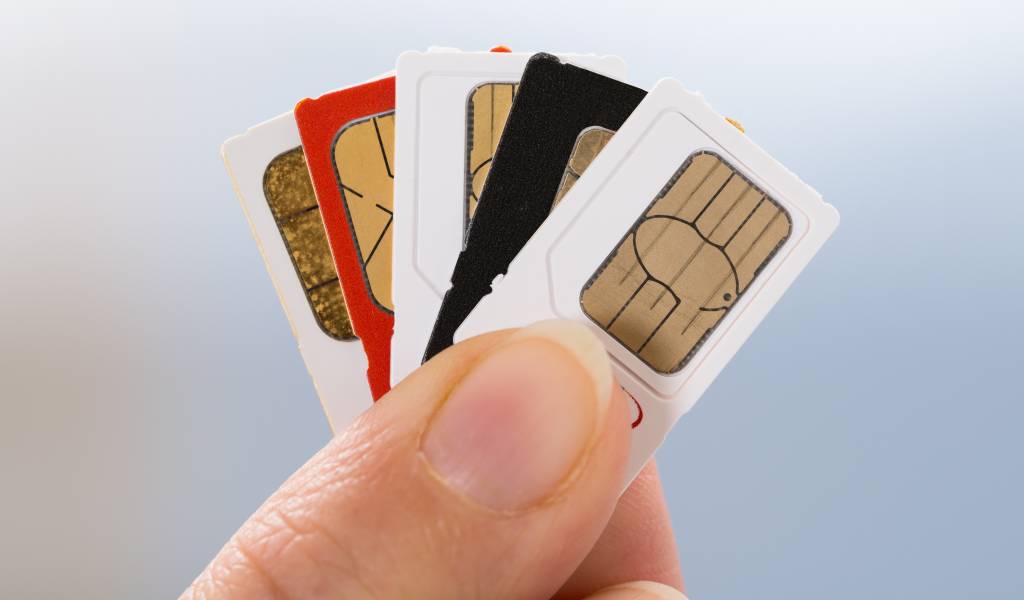 Looking for a local mobile plan or to switch out that expensive major carrier SIM in your phone? Your options for Japan cell phone plans are 1) the steep monthly fees and hidden charges of the big mobile players like NTT Docomo, SoftBank and AU, or 2) the lower-cost, flexible plans from a new breed of MVNO brands (mobile virtual network operator) that piggyback on the networks belonging to the big players.

Note: This article is for Japan residents looking for new cellular plans or looking to switch plans. For a guide to prepaid tourist and short-term SIMs, see our article on Prepaid SIM Card Options for Visitors to Japan.

What’s the difference between a major and an MVNO?

There are four major operators in Japan: AU, Docomo, Softbank, and Rakuten Mobile. These are companies that have either built out their own networks or have purchased a company with an existing network. They’re the big established brands with the fancy shops and slick advertising, but MVNOs often have better contract conditions and lower prices.

As mentioned, MVNO stands for mobile virtual network operator, which means an operator uses the network of one of the major players. For most MVNOs in Japan, this means using one of AU’s, Docomo’s, or Softbank’s networks. Rakuten used to be an MVNO, but it used its Rakuten Ichiba cash cow to build its own network from scratch. When you activate an MVNO SIM, the parent network will be the one displayed in the top corner of your phone. If you’re confused about the process of switching from one carrier to another without losing your number, check out the section on number portability below.

As far as MVNOs go, there is a wide range of options, many with better deals and service than the majors. There are too many providers to list them all, but a few things to consider when signing up are:

Anything that answers lots, month-to-month, none/low, and yes to those questions (in order) is worth considering, in our books.

Be careful of the marketing with the majors (AU, Docomo and SoftBank more so than Rakuten). They’ll give you discounts on everything, but they’ll want to get you on a long-term contract and bundle in your extended family, your electricity bill, your video-streaming subscriptions, and your first born. The majors used to use something known as ninen shibori (two-year tie-up) that stung customers leaving early with a ¥10,000 penalty. This anti-competitive practice was banned at the end of 2019; now they can’t charge more than ¥1,100 to let you out of your contract. However, that doesn’t apply to all the other services, such as electricity—and the bundling makes it difficult to escape.

The major providers have also been known to refuse contracts if you’ve only just arrived in Japan. If you’re on a temporary visa, none of the carriers (with the exception of Mobal) will allow you to join a plan.

You don’t have to get a plan with a phone number. It’s possible (and cheaper) to get a data-only SIM. The main difference (apart from not being able to make or receive calls, obviously) is that there is no mobile number attached to your phone. That also means no SMS (unless you can add it as an option).

While you probably haven’t used SMS to send text messages since George W. Bush was president, it’s still the most common method for verifying your phone when you sign up for apps like Uber Eats or as a second factor when logging in to internet banking. The other advantage is being able to call toll-free numbers, receive calls from the food delivery guy circling around your apartment building, or deal with old-school Japanese shops that only have phone and fax. With a data SIM, you can get apps to allow local calling, but they’re clunky, not that cheap, and sometimes you can’t use them to call toll-free numbers.

Note that it’s not customary for data + voice plans to include free talk minutes or texts. Receiving calls and texts is free, but making calls is expensive. The standard price is around 45 yen/minute. Depending on the provider, they might have free or discounted calls to numbers on the same network. They all have (not free) add-ons to make calling cheaper. Sometimes they require you to install a different dialer app for your phone (it sounds technical, but believe us, it’s not!) If unlimited talk minutes are really important to you, look for a 掛け放題 (kakehodai) add-on option. Domestic texts vary from 3 yen to 30 yen per text, so it’s best to use your phone to receive texts and use a messaging app for keeping in touch with friends, family, and colleagues.

Regardless of the operator, all of the cellular service providers charge a set-up fee of approximately ¥3,300 (Sakura Mobile’s set-up is a little different, but they still collect the fee). All billing is monthly.

The following comparison table is not exhaustive. We’ve left out low-volume data plans under 4GB, although some providers may have plans as low as 1GB per month, or even zero data if you just want to keep your phone number while out of the country. The major carriers have plans out the wazoo, so we included just their unlimited plans.

Unless otherwise indicated, plans are 4G-LTE. All prices in the table include 10% consumption tax.

With some of the other plans mentioned in this article, it may be possible to reduce call rates by using proprietary data-based apps. Although not explicitly stated above, many plans also allow data sharing with partners and family members. Note that other plans may be available in addition to those listed above. Tethering may also be possible. Data services may continue, though throttled, once the monthly limit has been reached.

As above, there are certain things that all plans share. For example, they mostly have the same starting fee of roughly ¥3,300. Data-only SIMs are usually cheaper and have no set contract period or cancellation fees. Although they don’t include voice calling using the cellular network, some will allow you to add the ability to send SMS for a small monthly fee of about 80–130 yen a month.

Once again, we have omitted low-data plans under 4GB/month. Check the provider sites directly if this is what you want. If you spend all of your time at home with wifi, you might only need 2GB, but if you do any tethering or spend time away from home, that data will be gone in a flash.

All prices listed include 10% consumption tax.

With some of these mobile network providers, it may be possible to split one data plan among multiple SIM cards—this is great for families/couples. Tethering may also be possible. Ask when applying. Note that other plans may be available in addition to those listed above.

Unlimited plans (the term in Japanese is 無制限 – museigen) are a relatively new offering in Japan. Softbank had an unlimited plan when they launched their tie-up with Apple and the iPhone 3 way back in 2008, but they quickly scrapped it when they saw the enormous amount of data that smartphone users were using to watch cat videos on YouTube.

Some packages that are described as offering unlimited data generally have a daily fair usage cap, after which speeds slow down—meaning you can still do stuff on the internet, but maybe only at a (pre-climate change) glacial pace. There are also hard limits on tethering and data sharing. For example, the unlimited plan on SoftBank has a limit of 30GB. Docomo has no limit on tethering.

At the moment, none of the MVNOs offers a true unlimited plan, although the standard volume of data has risen hugely in 2021. For example, the top IIJmio plan is now 20GB (up from 12GB), and Nifmo has a 30GB plan. We expect these to get another bump later in 2021, so unless your cell phone is your sole home internet connection, you’d be doing well to chew through this much data in a month.

One of the most frequently asked questions is how to pay for a voice + data or data-only SIM contract in Japan. All of the providers accept Japanese credit cards, but unfortunately, some do not accept international credit cards. Mobal and Sakura Mobile are okay with international cards, and also allow payment by cash at convenience stores. For all the others, ask at sign-up.

Number portability: How to keep your number when switching carriers in Japan

Rather than give up your phone number every time you want to switch cellular providers, you can take your number with you (with many carriers, anyway). This system is known as mobile number portability (MNP), or porting for short. Most of it can be done online or over the phone, but this is Japan—so of course it’s all in Japanese. To keep your number while switching carriers, follow these steps.

Watch our short YouTube video on getting hooked up with wifi in Japan and investigate some of the best wifi router rental options. You might also consider cellular roaming, or an international e-SIM.

While we do our best to ensure that the information here is correct, it is subject to change. This article was originally published on December 2, 2015. Last update: September 9, 2021