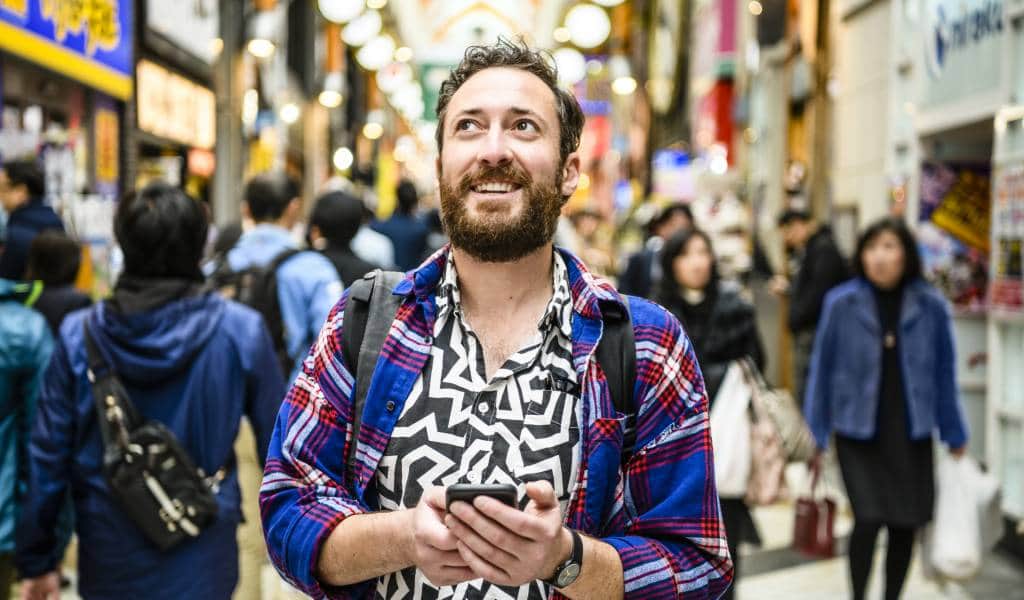 How to Get a Japanese Phone Number

If you’re moving to Tokyo or another part of Japan, you’ll want to get a Japanese mobile phone number set up as soon as possible—preferably before you arrive, for maximum ease of adulting here. You’ll need a Japanese phone number to set up a bank account, sign a lease and sort out many of the other essentials.

The easiest way to get a Japanese phone number is to order a SIM card online—which you can do from abroad, and in English, too. Two providers we like are Mobal, who donate the bulk of their profits to charity, and Sakura Mobile. They both offer voice and data plans, as well as data-only plans. They also have portable wifi plans for winning at tEh internets.

If you’re setting up a Japanese mobile number, you’ll probably need to get a voice and data SIM, or you won’t be able to make or receive any calls except via VoIP services (e.g. WhatsApp or LINE calls), which often don’t count when you need to put a Japanese phone number down on documents.

Though it may work out a bit cheaper to set up a Japanese phone number when you’re here, it generally takes a lot more time, is a more complicated process, and requires fluency in Japanese. So we recommend going the online route, at least initially, anyway. You can always switch to a different provider later. Find out how to port (keep) your number when switching, in our guide to long-term SIMs in Japan.

In terms of the actual handset, you can bring your own cell phone (as long as it’s unlocked), which we assume most folks would do, or—if you’re in the market for something new—buy an iPhone at one of the Apple stores in Japan, or another type of phone at one of the cellular stores (more on these below) or electronic stores (like Bic Camera or Yodobashi Camera).

If you’re going to be working in Japan, your employer may assist with the set-up of a Japanese mobile number, but if you need to take care of it yourself, ordering a SIM card online before arriving is quick and simple.

One of the easiest (and most popular) options is a voice and data SIM from Mobal. The order process is very straightforward, and they have great English support. You can have your SIM card shipped (for free) to you, so that you can be connected pretty much as soon as you land in Japan (you will just need to complete the set-up process once you arrive).

Fast data is fixed at 1GB, 5GB, 10GB or 30GB, though you won’t ever be without data—speeds will just slow down (to around 200kbps) after your monthly cap has been reached. There are no complex contracts, which is a concern with many of the Japanese providers, and you can change your plan on a monthly basis. Your Japanese cell phone number will use the SoftBank network (one of the major cellular providers in Japan—formerly Vodafone), and you can make and receive calls, send and receive texts, and use data, of course.

Billing options include debit card, credit card and PayPal, as well as convenience store payment. You will need a credit card to complete the initial order online. Read more about Mobal plans.

Another well-known name in the Japanese mobile game, Sakura Mobile offers two voice and data plans, both of which use the NTT DoCoMo network. The cheaper option is their Lite Plan, which provides 4GB of data for ¥3,278/month, and there is also a Premium Plan, offering 25GB of data for ¥4,378/month.

The sign-up process is simple, and payments can be made by credit or debit card, or in cash at the convenience store. There is a contract activation fee of ¥16,500, but this is often reduced to ¥5,500. Domestic call rates are 22 yen/30 seconds (so, 44 yen/minute). You can cancel your contract for free, at any time, and there is full English-language support. Read more about Sakura Mobile plans.

How to get a Japanese phone number after moving to Japan

If you decide to wait until after you’ve arrived in Japan to sort out your mobile number, you can still order one online, or you can go into a cell phone store in person and set it up there.

Simply follow the steps above, and get that SIM delivered. Again, we recommend this option, as it’s the less stressful of the two.

Getting a Japanese phone number at a store

Walking around outside big train stations (think Shinjuku, Tokyo, Ikebukuro, Shinagawa and the like) or through shopping areas will take you past a number of different cell phone stores. The big names in the mobile game here are SoftBank, DoCoMo and au by KDDI. You can apply for a contract with them directly in store, though it’s worth noting that not all stores will have an English-speaking staff member, and that both the requirements and contracts can be quite complex.

For example, you might be signed up for a minimum of two years, with a hefty cancellation fee built into your contract, and you may have to show proof of a Japanese bank account, employment contract and your visa to qualify for a Japanese cell phone number. If you apply for a cell phone contract through one of the Japanese MVNOs that piggyback on these big mobile players, like IIJMio or Nuro Mobile, you will likely still have to jump through the same hoops.

If this is something you want to do, it’s recommended you set aside a day for it and ask a fluent Japanese speaker to accompany you, if you’re not super skilled in the local lingo.

Looking to set up internet in Japan? See our guide to choosing an internet service provider.

While we do our best to ensure it’s correct, information is subject to change. This post was first published in March, 2020. Last updated in July, 2021.