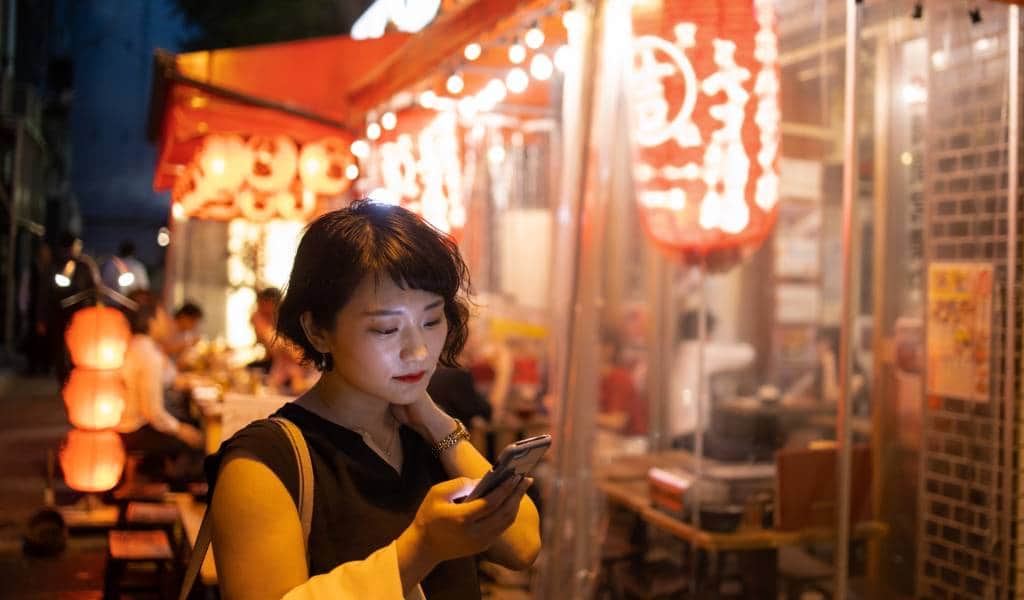 (Accidental) cellular roaming in Japan was once a traveler’s nightmare, but roaming has become, for some tourists at least, a viable alternative to pocket wifi or travel SIM cards as rates have come down.

Overseas roaming used to be one of those things people warned you about. We have definitely checked, with cold sweat on our foreheads, whether we remembered to turn roaming off as we first switched on our phone upon landing. But things have changed quite a bit in the last few years. Several mobile providers around the globe have brought down the once-exorbitant cellular roaming rates into cheapo realms, and this includes roaming in Japan.

While previously, getting either a pocket wifi router or a prepaid Japanese SIM card were the best ways to stay connected while traveling in Japan, cellular roaming may now also be a viable option. We have reviewed Japan roaming rates for some of the most popular mobile phone networks in the USA, UK, Australia, New Zealand, Singapore and Malaysia.

Jump to roaming in Japan on:

Roaming in Japan on US mobile providers

Verizon and AT&T didn’t seem to offer what we would consider any good deals at the time of writing, but here is what we found for other providers:

If you are on a Simple Choice Plan, you have a slow roaming version for Japan included in your package. Calls are fairly cheap, US$ 0.2 for both outgoing and incoming calls, with unlimited texting and unlimited but slow data (128kbps). This might work for someone who just wants to use maps and check locations on the go, but otherwise plans to rely on the hotel or Airbnb wifi.

This is basically the same thing as T-Mobile’s plan, but will cost you an extra US$ 5. The data speed is described as up to 2GB/min, however with conditions.

It seems to us that only Vodafone UK and EE offer anything feasible in terms of roaming in Japan. Here are the details.

The WorldTraveller plans costs £5 a day and allows you to use your data, texts and call minutes from your UK plan in Japan. Receiving texts and calls is also free.

EE has rather expensive call rates at £1.80 per minute for both incoming and outgoing calls. Texts are also 60p. However, you can buy data add-on packages that might be useful for those that only need very little data. Day rates start from £4 for 40 MB/day up to 7 days of 250MB for £20 for those on pay-as-you-go deals, and 150MB for 24 hours for £6 for those on monthly contracts.

For Australia, Telstra offers what seems to be a somewhat reasonable roaming plan, but a pocket wifi or Japanese SIM card would likely still get you a better deal if you are coming from this part of the world.

Their Travel Pass plans vary slightly depending on the length of your stay, but in principle cost AU$ 10/day and allow you free calls within Japan and a bit of data, though the volume is still quite limited. For the 7-day plan, 525MB is included, for the 14-day plan, 1.03GB.

New Zealand also has a few providers that offer feasible roaming rates for Japan. Here are the details.

For NZ$ 20, you can add a roaming pack to your plan or prepaid card. It gets you 1GB of data, 200 mins of outgoing and incoming calls each, as well as 200 texts for seven days.

If you are on a monthly plan, you can add roaming for NZ$ 7 a day to use your data, minutes and texts in Japan—which isn’t exactly cheap. However, for those with prepaid plans, you can add 1GB of data, 100 minutes of outgoing and incoming calls and 100 texts for NZ$ 19 per week.

Warehouse Mobile and 2Degrees did not offer any cheap roaming plans, so it’s probably a good idea to turn roaming off if you are with one of these providers.

Most SG phone providers have come up with reasonable data roaming plans for Japan. Here they are, in order from cheapest to priciest.

GigaRoam is S$ 5 for 5 days and gives you 1GB, making it the most reasonable option for your trip to Japan.

Their DataTravel plan is S$ 5 for 3 days and gives your 1GB. Not bad!

Singtel has a simple but effective roaming plan for Japan on offer: 2GB of data for S$ 20, valid for 30 days.

MyRepublic has a similar roaming plan for Japan on offer, but sadly halves the data: 1GB of data for S$ 20, valid for 30 days.

Their Data Passport is a bit of a different beast. You pay S$ 30 per month, which allows you to use your local data bundle overseas.

Malaysia has a large number of mobile providers to choose from. Most of them, including Unifi, Maxis, U and Hotlink all offer the same Japan roaming rate, which is RM 38/day for up to 500MB of data. If you are with one of these providers, it would likely be cheaper to get a pocket wifi or Japanese prepaid SIM. However, Digi’s plan stands out.

Digi offers a 7-day roaming pass for Japan for RM 50 that includes 4GB of data and 60 minutes of calls, which should satisfy most travelers’ needs.

Turning your cellular roaming on

It may sound like obvious advice, but once you land in Japan, check whether your roaming is turned on. While the location of this setting depends on your phone model, it is usually found in settings under “cellular data” and then “roaming”. If you want to use one of the plans above, it must be switched on to work, or alternatively, if your provider back home does not have any good offers, make sure it is turned off and that you are only connecting to wifi when it is available. Note that some providers need you to dial in to a number or agree to roaming charges on their website for it to be turned on, so check the fine print.

This article is intended only as an initial guide. Information may change, though it was accurate at the time of writing. Please carefully compare all options and prices before making any decisions about cellular roaming in Japan.