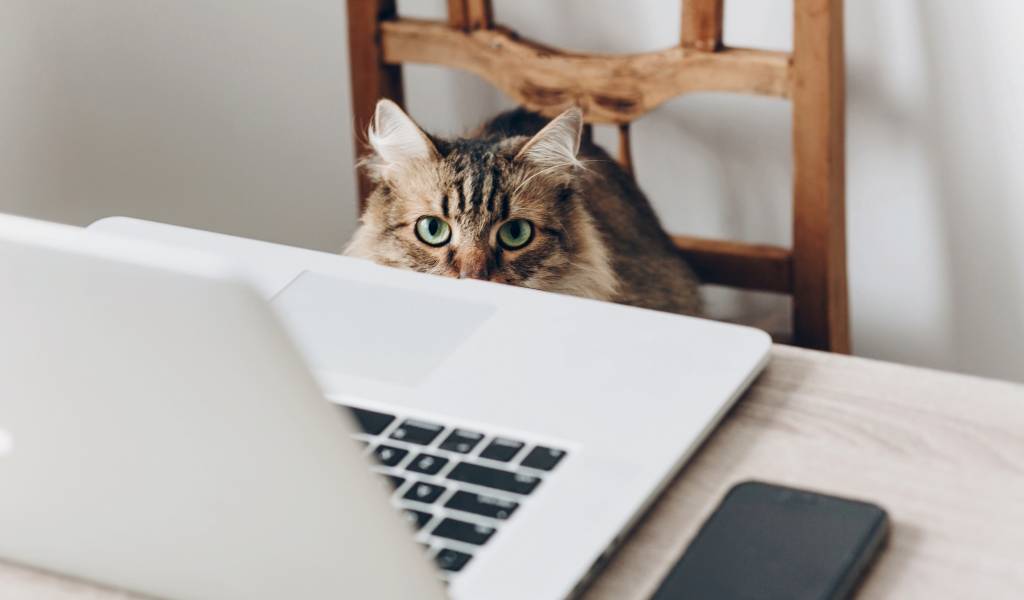 If you’re a resident of Japan who is interested in getting a long-term pocket wifi rental, you’ll want to look through this comparison of providers offering cheapo-friendly deals. Read on for the best and most affordable mobile wifi—both unlimited and capped.

Renting a mobile or pocket wifi device is one of the first things smart travelers do when they plan a trip to Japan. But many long-term residents are also interested in getting a pocket wifi device—either to replace costly or clunky fixed-line home internet, or simply to have wifi on the go, e.g. when working remotely.

If you have a Japanese cellphone contract, you might be able to add a pocket wifi router onto your current plan, so checking with your current provider is a good first step. You may even get discounts for combining the two. Examples include Y! Mobile, au, SoftBank and GMO.

Alternatively, there are a number of companies that offer long-term mobile wifi rentals, with contracts between one month and three years. Usually, you will pay a fixed monthly fee, plus a once-off fee for the router device (which may be waived during campaign periods—so look out for those) and potential extra fees like premium customer service, insurance and so on.

Pro tip for Japan residents: One of the easiest options for long-term pocket wifi is the SoftBank 303ZT Unlimited Plan from our partner, Wi-FiRental.com. If you sign up using our special link, you’ll get ¥550 off the monthly price.

What to look for in pocket wifi contracts

Pocket wifis in Japan run on 5G, 4G/LTE or WiMax (an obscure, Japan-only protocol), depending on the provider you choose. They run on different frequencies, but are very similar in what they provide for the end-user. Technically, LTE is slightly faster than WiMax, but it is also more affected by the number of users, so they balance out about evenly. All of this means you probably don’t need to fuss too much about which network your portable wifi uses—just make sure you have strong coverage if you live outside a major urban area.

The important variables to consider when picking a provider, besides the monthly costs, are: download speeds, area coverage, contract length, data—and perhaps the battery life of the mobile wifi device (though you can always use a power bank to keep it going).

What are pocket wifi “cradles”?

Some providers offer the option to get a “cradle” with your portable wifi. This triple functions as a wireless charging station (just pop the pocket wifi device on top), a wired router to connect a computer via cable to the pocket wifi’s network, and a wireless LAN router. Pretty handy!

Here is a comparison of some long-term pocket wifi providers in Japan that we think offer good deals for price-savvy foreign residents. At the end of our reviews, you’ll find a simple summary table.

If you’re not sure you want to commit to the 36-month contract that a lot of mobile internet providers lock you in for, a month-to-month agreement with Wi-FiRental.com is probably your best bet.

Their most popular package is the SoftBank 303ZT Unlimited, which is normally priced at ¥6,050/month. At 187.5 Mbps your download speeds may not be the fastest, and your data is capped at 3GB/day (90GB/month), but unless you’re a designer, gamer or stream shows for hours on end, this should be adequate for your daily usage needs.

Cheapo bonus: We negotiated a special discount for Tokyo Cheapo readers—you’ll get ¥550 off the ¥6,050 monthly fee if you sign up using our link.

If you have a need for more speed or data, there is another package that might suit you better—the SoftBank Unlimited T06. This gives you 5GB/day (150GB/month), and likely superior speeds, for ¥6,000/month. There are also a number of smaller packages available.

Besides not having to buy your device upfront, the biggest pros of Wi-FiRental.com are full English-language support, and a contract that is simple and short, running on a month-to-month basis. This provider is perfect for initial internet setup in Japan, especially if you don’t know how long you’ll be in town. It also works well if you’re getting ready to leave Japan and need in-between internet. All in all, it makes for good home wifi and wifi on the move.

A popular name in the Japan SIM game, Mobal recently launched a long-term wifi offering, running on all three major networks (that’s SoftBank, Docomo and au). Priced at ¥4,980/month, with instant set-up and multiple payment options, this is another easy option for people moving to Japan.

The data allowance is a generous 100GB per month, with maximum download speeds of 150Mbps. The minimum contract period is just 3 months. It is possible to cancel early; doing so will cost you a termination fee of ¥4,980.

If you opt to take out a contract with Mobal Wifi, you’ll need to pay for the device up front (¥6,980), but it’s yours to keep once the 3-month contract is done.

Notes on billing: For the first month of service, your monthly plan fees will be pro-rated — e.g. if you receive your device on the 15th of October, you’ll be billed ¥2,490 (half your regular bill) for the period from the 15th to the 31st. On the 1st of November, you’ll then be billed ¥4,980 (your regular monthly bill) for the full month of November. Going forward, you’ll be billed ¥4,980 on the 1st of every calendar month, until you cancel your service. Your device will be activated within two business days from shipping, and Mobal will send you an email as soon as it’s active and ready to use.

Mobal’s biggest selling points are probably their excellent English customer service, and the fact that the majority of their profits go to charity. And if you are a Mobal voice customer, you’ll get a 10% discount each month.

It may not be the cheapest option, but Sakura Mobile’s wifi is worth a look, even just for the sake of comparison. They have two wifi offerings: one running on the SoftBank 4G/LTE network, with data caps of 5GB, 30GB or 100GB/month, and one from UQ WiMax, which is “unlimited” (but if you exceed 10GB over three days, you will be throttled).

The minimum contract period is three months, and there is a ¥5,500 activation fee for both plans. Multiple payment options are available. Find out more.

Japanese mega-brand Rakuten recently launched their own network, and are trying to entice customers with an unlimited data deal. What you pay is determined by the amount of data you use each month:

There is no activation fee or minimum contract period, and the router is ¥1 on promotion, or otherwise ¥7,980. It sounds almost too good to be true, but a drawback is that your speeds may differ significantly depending on your area. The maximum speed is unclear (vaguely described as “high speed”), but if you are outside of the Rakuten network area, it will drop to 1Mbps once you’ve used 5GB of data. Fair usage also applies to the “unlimited” thing.

TokuToku offers an unlimited plan on a three-year contract. For the first two years, the price is ¥4,158/month; thereafter it goes up to ¥4,708/month. The maximum download speed is 2.7Gbps, but keep in mind that this is the top speed under perfect conditions, so will rarely be the case in reality. And if you use more than 15GB of data over three days, your speed will be throttled to 1Mpbs.

As with most “traditional” Japanese wifi providers listed here, what you’ll need to sign up is a Japanese address, phone number and a credit card (which can be international).

Yahoo Japan’s pocket wifi plans come in two forms: 7GB of data for ¥4,065/month, or unlimited for ¥4,818/month. The maximum download speed is advertised as 2.4Gbps, but in practice it’s closer to 838Mbps.

The nice thing about Y! mobile is that there is no minimum contract period, and no nasty cancellation fees. That said, you will have to cough up a sign-up fee of ¥3,300 (although if you use their online store, this is waived), and pay ¥10,800 – ¥28,800 for the router.

To sign up, you’ll need a credit card and either a certificate of residence (juminhyo) from your local city office, or a copy of your residence card (zairyu card) and passport.

UQ’s pocket wifi is another option for Japan residents looking for an “unlimited” data plan (as usual, however, you can expect to be throttled if you use more than 15GB in three days). The maximum download speed is 2.7Gbps.

If you want out early, it will cost you ¥1,100 at any point on the two-year contract. It won’t cost you a yen if you are on the rolling monthly plan. That two-year contract renews automatically, by the way, so keep an eye on the dates if you are wanting to change provider.

To sign up, you will need a Japanese address, phone number and valid (international or Japanese) credit card.

Like TokuTokuBB, Kashimo offers an unlimited data plan (though once again, if you exceed 15GB in three days, you can expect speeds to be throttled) on a three-year contract. The price is fixed at ¥4,455/month. There is a ¥3,300 sign-up fee to kick things off.

To sign up, you will need a Japanese address, phone number and valid (international or Japanese) credit card.

The market is chock-full of long-term mobile wifi offerings—the ones above are just a small selection of what we reckon are some of the best pocket wifi deals. You could also check out au or SoftBank (directly), NTT, Mio, The Wifi, Mugen Wifi, Biglobe Wifi and Broad WiMax, or do a search for ポケットウィフィ in Japanese. Reddit can also be a useful source of reviews and info on the best pocket wifi in Japan.

You ask, we answer.

Erm, sort of. Unlimited pocket wifi in Japan usually means that you can use a certain number of gigabytes at high speeds, but once you reach your monthly cap, speeds will slow to a crawl. You will also often be throttled if you use more than a certain number of gigabytes (e.g. 10-15GB) in a short period of time (e.g. 3 days). You can still use the internet with your slow speeds; you just might not be able to get much done, especially when it comes to streaming!

What is the fastest long-term pocket wifi in Japan?

The speeds you will see advertised are generally the maximum possible speeds the provider can offer on a particular router; these are not necessarily the actual speeds you will have in practice. Speeds can also vary depending on the area and even time of day, so unfortunately we can’t give you a clear answer on this one.

Which long-term pocket wifi is best in Japan?

Again, this is tough to answer, as it depends on your individual circumstances and preferences. If you are just getting set up, we highly recommend the SoftBank 303ZT Unlimited Plan from our partner, Wi-FiRental.com. Signing up using our special link will get you ¥550 off the monthly price.

If you are fluent in Japanese, one of the myriad providers that have popped up in recent years might be your best bet for cheap long-term wifi. However, do expect lengthier and slightly more cumbersome contracts!

While we do our best to ensure it’s correct, information is subject to change. This article is intended only as a rough guide for Japan residents looking for pocket wifi. Always check prices, requirements and T&Cs carefully before applying for any contracts. Post regularly updated. Last update in December, 2021.