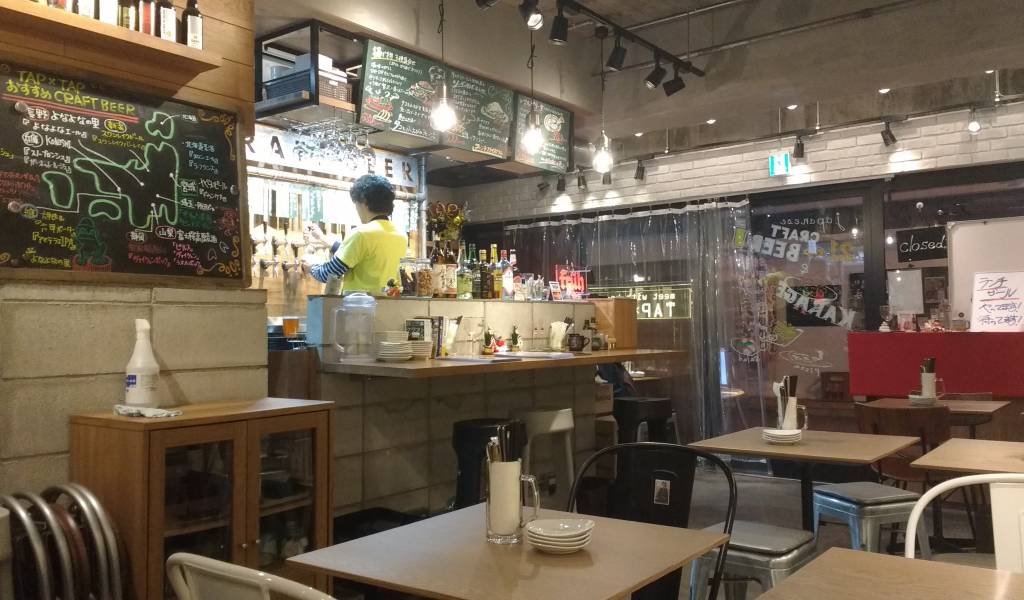 A small craft beer bar (the first branch was in Fukuoka) with 20 local and international craft beers on tap.

Half pints are ¥500 and 450ml American pints are ¥800. Beers on tap at the time of our visit included local brewers Konishi, Rokko, Yoho Brewing, Tokorozawa Brewery, Fujizakura Kogen, Gotenba Kogen, and Hokkaido Beer. International brands on tap were Veddett, Liefmans and a couple of German brewers. While some of the brewers are a little less renowned, there’s plenty of variety and it’s a good chance to sample some new brews and flavors. The “Cannonball IPA” from Tokorozawa Brewery in Hyogo prefecture was the highlight of our visit.

TAPxTAP has a per person seating charge.