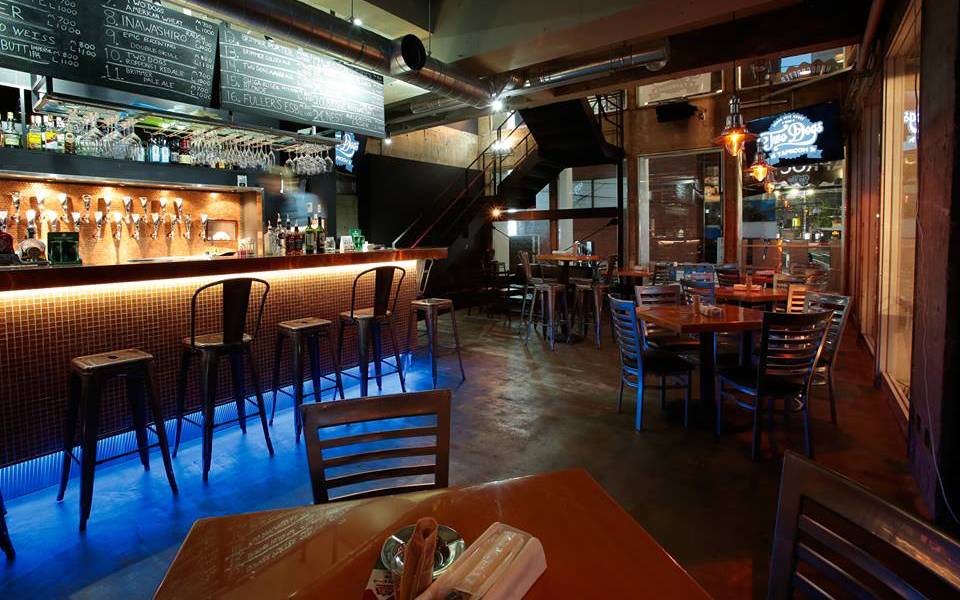 The original craft beer and pizza place in Roppongi. Two Dogs is a great place to sample a range of Japanese and imported craft beers, chat with friends or watch some sports.

Two Dogs always has a wide range of both Japanese and foreign (mainly American) craft beers on tap. Prices range from ¥900 to about ¥1,200 for a pint.

The pizzas are enormous so make sure you’re plenty hungry before you order one. Large pizzas are about ¥3,000 each but they’re big enough to feed three or four people. Other items on the menu include fish & chips for ¥1,200 and a platter of chicken wings for ¥1,600.

The second floor of the bar is also a regular venue for English language comedy events.

All prices include consumption tax and there is no seating or service charge.

Prices have not been revised since the consumption tax rise on October 31st, 2019.