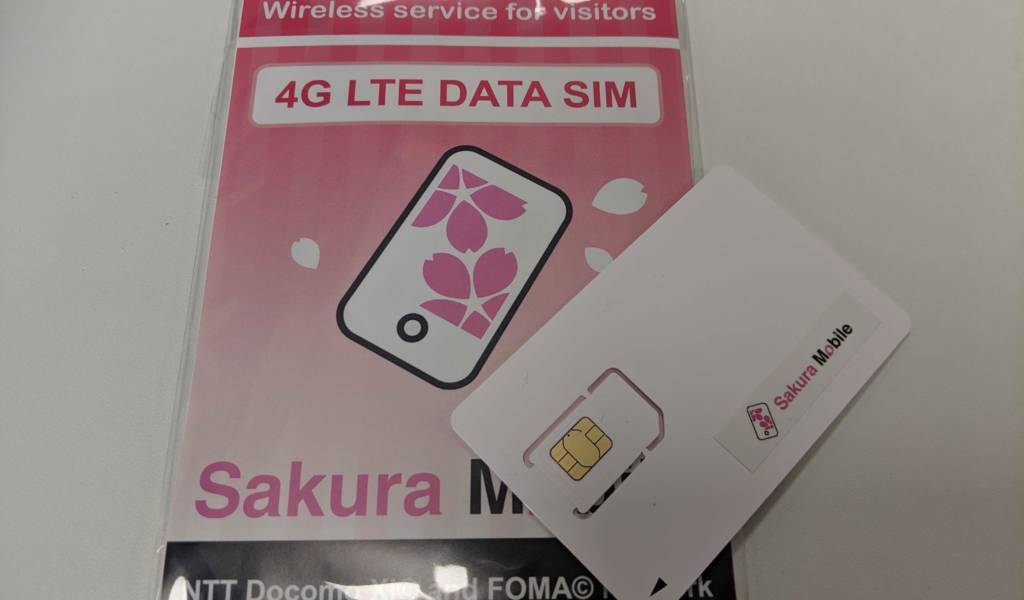 Should You Buy a SIM Card in Japan?

The ability to stay connected is one of the most common concerns for travelers, and how best to do that is a hot topic for those coming to Japan. While SIM cards, wifi routers, roaming and free wifi are available, it can be tough knowing which of those is best for your needs—and budget. Here’s how SIMs stack up against the other options.

Let’s start with the simplest option of all—mobile roaming. If you decide to do nothing other than bring your cell phone along and allow it to roam on Japanese networks, you could find yourself racking up a rather large phone bill.

While some cellular providers in other countries, such as T-Mobile in the United States, do offer low-cost international roaming packages, many do not, and a few days of roaming can see you paying astronomical amounts for data use and phone calls. Those tabloid-esque headlines of globetrotters coming home to six-figure fees appear often enough to instill fear into the heart of travelers both cheapo and less so.

If you are considering roaming, it’s recommended that you ask your local mobile provider for all the necessary figures and fine print before your trip to Japan. You’ll generally find that buying a SIM card for use here is a much more economical option—the fees are fixed, so there won’t be any nasty surprises.

Many visitors to Japan wonder whether it will be a better idea for them to get a SIM card or a wifi router. If you’re one of them, the first thing to ask yourself is how many mobile devices you are going to be using. A big plus of a pocket wifi router is its ability to connect multiple devices (usually 10-15) to the internet at the same time. So if you’re going to be traveling in a group, or need to have a laptop, cell phone and tablet online, a wifi router is usually recommended as the easiest and most economical solution.

That said, a SIM card offers several advantages over a wifi router. For one thing, unless you’re tethering, data doesn’t have to be shared among your other devices—which is handy, because even though many wifi routers seem to offer unlimited data, in reality this is not the case, and speeds can be greatly throttled after a certain amount has been used. SIM cards don’t offer unlimited data either, but the amount provided is usually more than enough for travelers wanting to share pictures and video clips, use email and make calls over the internet. If you do run out of data on a tourist SIM, some providers allow a top-up—Sakura Mobile is one of these, and top-ups can be done online.

SIM cards also tend to be lower in price than wifi routers, and don’t require you to carry another device around with you to connect to the internet. The latter makes some people feel more at home.

What about free wifi?

A lot of people ask about free wifi in Japan, wondering if they might be able to forego getting a SIM card (or wifi router) and rely solely on the wifi available publicly. While you can find (some) free wifi in (parts of) Japan, even in major metropolitan areas like Tokyo, it’s not guaranteed.

Japan is still quite a bit behind many other developed countries when it comes to free wifi, and, while more and more publicly-accessible wifi should become available in the lead-up to the Rugby World Cup and 2020 Olympics, it’s not advisable to have free wifi as your only means of getting online. Yes, you’ll find it on some trains and in major tourist attractions, as well as some cafes and restaurants, but large chunks of your travels are likely to happen offline. Having a SIM card will keep you connected.

Other benefits of a SIM card

Using a SIM card makes getting around easier, allowing you to use Google Maps and other navigation tools that require an internet connection. It also makes finding your way around menus, shops and other aspects of daily life in Japan simpler, giving you access to the Google translate app and other tools that can visually translate signs and so on, as well as online dictionaries and travel guides. Find out more about SIM cards from Sakura Mobile.

Sakura Mobile is one of the leading names in wireless solutions in Japan, providing short-term travel and longer-term products to keep people connected. Running on the NTT DoCoMo mobile network, which is Japan’s largest 4G LTE network, always-on connectivity is a given. This, together with its full English-language support and years of experience serving the foreign market, makes Sakura Mobile a popular choice for international travelers.

If a wifi router is a better match for your needs, you can order one from Sakura Mobile too. The company offers both SIM cards and pocket wifi devices for travel in Japan.

Written by: Carey Finn
Carey's Tokyo favorites are: artless craft tea & coffee
Filed under: Editorial
Tags:
Sharing
Questions or comments about this article?
Start a thread on our community forum
Ask our local experts about Tokyo