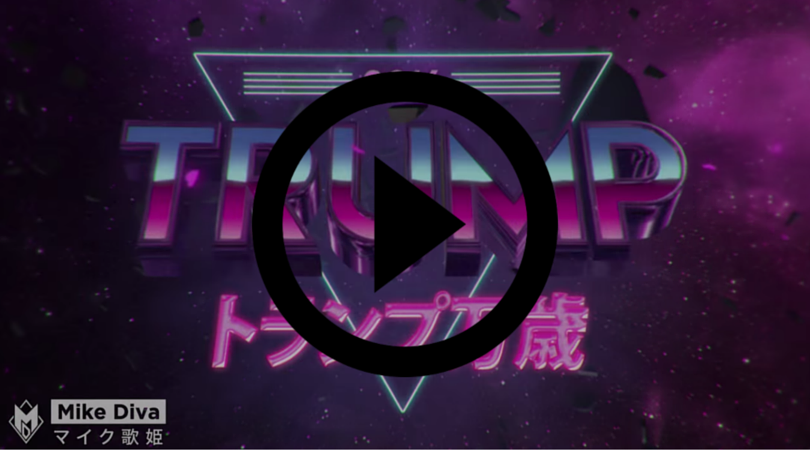 So Donald Trump is ridiculous in a terrifying way – most people know that. Most people don’t turn him into an amazing Japanese-style advert though, much to the world’s loss. Luckily, creative maker of ‘videos/music/memes/dreams’ Mike Diva did – and the world is loving it.

Using Seapunk (not sure what it is but I like it already) and an intense level of kawaii-aesthetic, he takes Trump backwards through the rabbit hole and throws him headfirst into and acid-glazed wonderland to produce this surrealist vision. Whilst it’s not what life would be like under Trump’s potential rule, it might be what he envisages…  With a Trump dinosaur raising hopes of extinction and robots there for the Japan-effect it’s a techno-neon-pastel feast for the eyes. The comparisons to North Korean Dictators (not to mention Hitler) make this a treat for anyone not so keen on the future wall-building, muslim-deporting, woman-shaming man who might soon be the most powerful human being on earth, so enjoy! 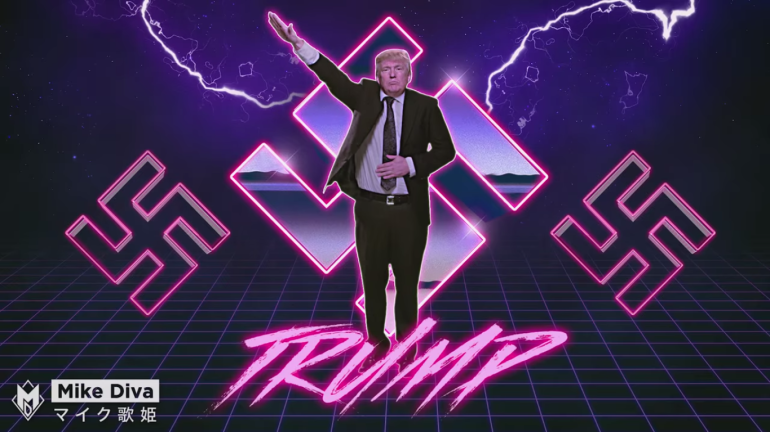 Written by: Lily Crossley-Baxter
Lily's Tokyo favorites are: Shirohige Cream Puff Factory, Anata No Warehouse, Todoroki Valley
Filed under: Editorial
Sharing
Questions or comments about this article?
Start a thread on our community forum
Ask our local experts about Tokyo