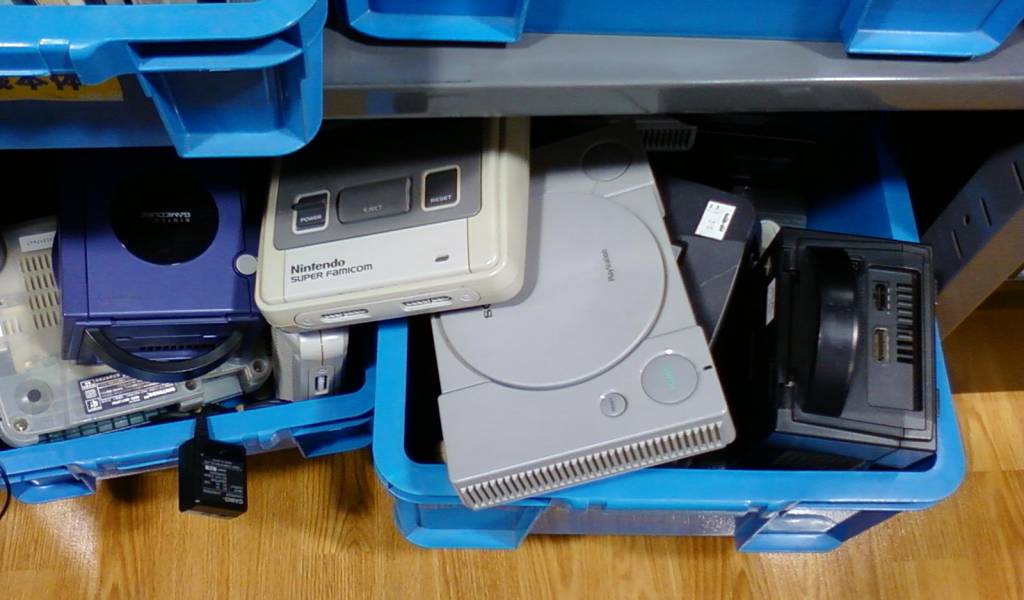 Retro Games in Tokyo: Akihabara Is Not Your Friend

Think of Japan and games and you think of Akihabara. Otaku center of the world and birthplace of AKB48, maid cafes, and unreachable dreams. It attracts tourists expecting a uniquely Japanese experience, and it delivers. But while “Akiba” might seem like the place to go for retro games in Tokyo, it’s cold, harsh business as usual behind all the lights and toothy maid grins.

Like many other people, I came to Japan in my mid-twenties with fond memories of gaming. Growing up, my older brother was rich (i.e. he had a job) and could just about afford anything he wanted. The first system to come into the house, besides Dad’s Commodore 64, was an imported Sega Megadrive (Genesis in the States). This was my first gaming experience that I actually understood. Make the blue hedgehog get as far to the right of the screen as possible. Easy. My brother seemed to be in-the-know as he rarely bought dud games. Street Fighter 2, Shinobi, Streets of Rage 2, Ecco the Dolphin. Classic after classic.

For my 10th birthday I got a Super Nintendo. My brother got a Sega Saturn, I got a Playstation. He got a Dreamcast, I got an N64. Between us we practically had everything. Shenmue on the Dreamcast was an especially powerful game for me and was a big influence in my coming to Japan.

So here I am. Off the boat and ready to explore my own childhood dreams. First stop: Akiba. As a museum dressed as a city, it’s wonderful. And seeing all these games from my past was mouth watering. I picked up a few things here and there until I discovered I’d been paying too much. Generally, even ultra common games like Super Mario World for the Super Famicom or Tetris for the gameboy are going to be 2000-3000 yen in Akiba. And systems are even worse. 7000 yen for a Sega Saturn or Super Famicom – more if it’s in a box. Rockman (Megaman) for the Famicom will easily be found at 3000 – 4000 yen – that’s without a box!

This is where one man’s junk is another man’s Jet Set Radio. They’re very hit and miss, but I’ve picked up Super Smash Bros, Mario Kart and counless Gameboy Pokemon games for 105 yen each. The staff are essentially clueless. There’s no doubt in my mind that right now Street Fighter Zero 3 is sitting on a shelf somewhere growing dust with a crazy 210 yen sticker on it.

Much less hit and miss, but still a flaky place. It’s impossible to know the pricing. Sometimes it’s Akiba standard, but more often than not it’s between 105 and 500 yen. Systems that are often found here are Famicom, Super Famicom, Sega Saturn, Dreamcast. Also Playstation 1 and 2, Gameboy, GB Color, GB Advance, and now and again, Megadrive, Wonderswan and some Neo Geo pieces.

For the sake of this article I checked out the Shibuya Book-Off to see what was on offer. They had 2000 yen DS lites. Pokemon Yellow for 500 yen, boxed. Turok and Doom on N64 boxed for 350 yen each. Countless Super Famicom carts for 105 to 500 yen each.

A quick look on Super Potato’s website (probably the most famous retro game shop in the world) shows Pokemon Yellow for 840 yen without the box! Other steals from Book-Off I’ve picked up in the past are boxed Super Famicom systems, Gameboys boxed (can you tell I like boxes?) and hundreds of Dreamcast games. (Did I mention I collect Dreamcast?) When I’m somewhere new and find a Book-Off, it’s like my 10th birthday all over again.

This is the ultimate place. You have a 90% chance of finding something awesome. And a 90% chance that it’s a massive bargain. Book-Off’s rural brother, hard to find and generally far from the station, these stores buy and sell everything from furniture to lighting to clothes to surfboards to cameras to TVs and more. Just take in the atmosphere. Take in the terrible Hard-Off theme tune playing on repeat. Take in all the people who look like they really should be trying to get a new job rather than flicking through LaserDisks at 3pm on a Tuesday. It’s charmingly depressing. But the name makes most chuckle.

These stores generally have two parts. First is the premium game part. Most of these games have been plastic wrapped and are priced from dirt cheap to around Akiba levels. Much the same as Book-Off, the pricing is random and pretty much on the whim of the staff working the day the stock came in.

More impressive are the consoles themselves. Again, hit and miss, but you’re likely to find a bunch of boxed Saturns, Super Famicoms, Playstations and so on. The best pick-ups for me were a Dreamcast Regulation 7 for 5000 yen. This is a very limited Dreamcast. Just check out the prices on ebay to see how much of a steal it was. I also got a nice boxed Panasonic 3DO. Why? Because it was 4000 yen. You eyes will pop when you turn the aisle and find rows and rows of these classic systems.

The second part is the junk section. This is where unboxed loose systems go to die. They’re around 525 yen each but include no wires. However wires and controllers and so on are found in or around the same area, making it possible to pick up a complete working set for as little as 1500 yen. You’ll also find strange little knick-knacks from the past like Sega branded TV entertainment units, Super Famicom carry cases, memory cards and rumble packs.

The staff will tell you that there is no guarantee these items will work – they’re junk after all. But come on, this is 1990s Japanese hardware. Of course it’s going to work.

So, Akihabara is the icon of gaming in Japan, and it knows it. The only real benefit of the place is that it’s far less hit-and-miss. You’ll also find exactly what you’re after at Super Potato or Trader. But where’s the fun in that? That feeling of walking into an unfamiliar used goods shop and catching a glimpse at the gaming section with fill you with cheapo excitement every time.

For more about the above “Off” stores, check out this post. For the “Off” liquor store, read this one.

Written by: Joe Daniels
Filed under: Anime And Gaming | Shopping
Tags:
Sharing
Questions or comments about this article?
Start a thread on our community forum
Ask our local experts about Tokyo