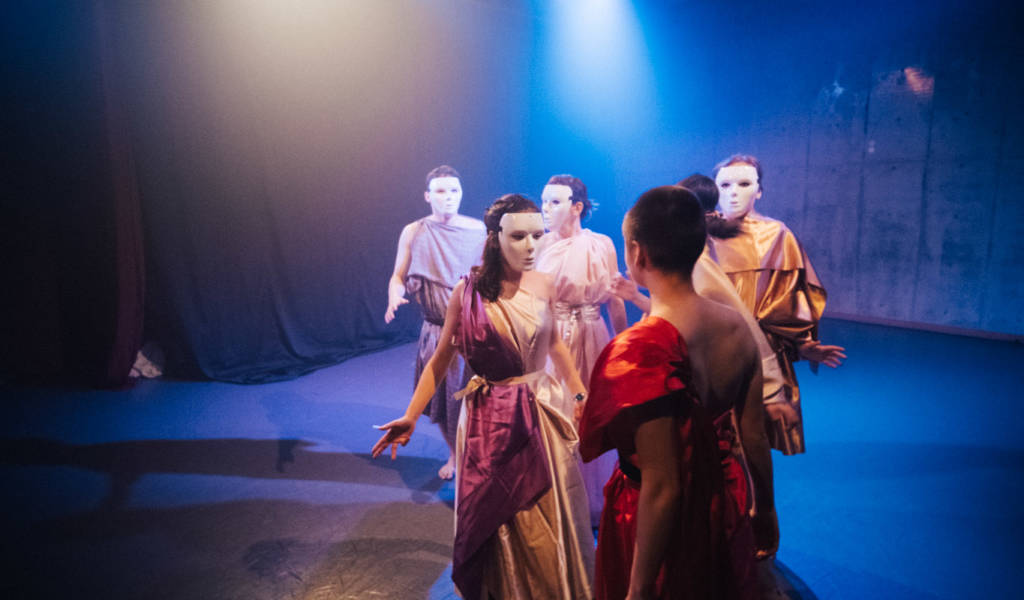 Using their unique method of creating new works, the Yokohama Theatre ensemble has been adding their own vision, ideas, and stories to the Classical Greek play by Sophocles. The show, with echoes of “The Handmaid’s Tale”, takes place in a dystopian near-future setting that still reflects modern Japan.

After a terrible civil war, Creon the king has set up an oppressive regime with strict gender roles to keep order among his people. He is opposed by his niece, Antigone, who represents a righteous anarchism, while her sister, Ismene, lives in fear of the consequences of rebellion.

YTG believes that theatre should be a visceral experience that can be enjoyed by anyone no matter what languages they speak. In the span of five months, they have developed a visual play that is modern, accessible, and relevant in 2019.