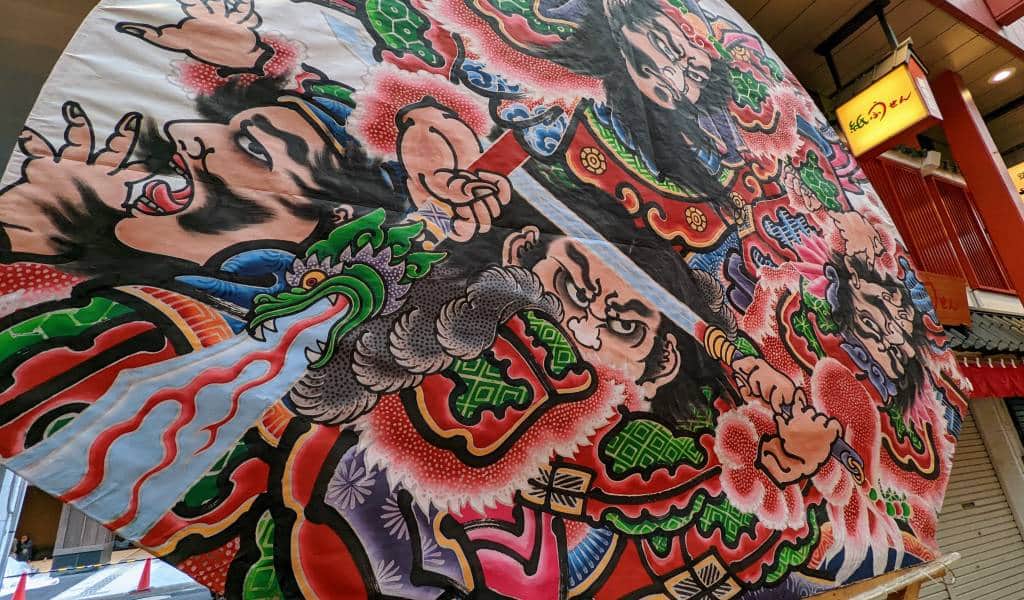 Pic: Gregory Lane
Sharing
We are yet to confirm the dates and details of this event.

Hirosaki Neputa is a festival that takes place in the city of Hirosaki in Aomori Prefecture each year at the beginning of August. Watching it live in Hirosaki is best, but if you can’t make it to the far north, or you want a taste of the festival without leaving Tokyo, then the Hirosaki Neputa Asakusa Festival is an ideal introduction.

Hirosaki Neputa features mainly large fan shaped floats covered in paper painted with scenes from kabuki tales. The floats are lit up from the inside like giant lanterns, so they’re best appreciated after dark.

Where to see the floats

From 11 a.m. until 6 p.m. on each day of the festival, the floats will be on display in the square outside the Asakusa branch of UNIQLO, and the Asakusa Nishi-sandō shopping arcade.

At 5pm on Saturday and Sunday, the floats will be paraded through the streets of Asakusa to shouts of “ya-ya-do!” The route will go through most of the covered arcade area near Asakusa Station.

If you’re familiar with Aomori Nebuta, then you should be aware that Neputa is not a misspelling! The subtle dialectal variation between Aomori City and Hirosaki mean that the festival has a slightly different name. The festival also is similar but different. While Nebuta floats are large and free-form, Neputa floats tend to be a standard shape and smaller.