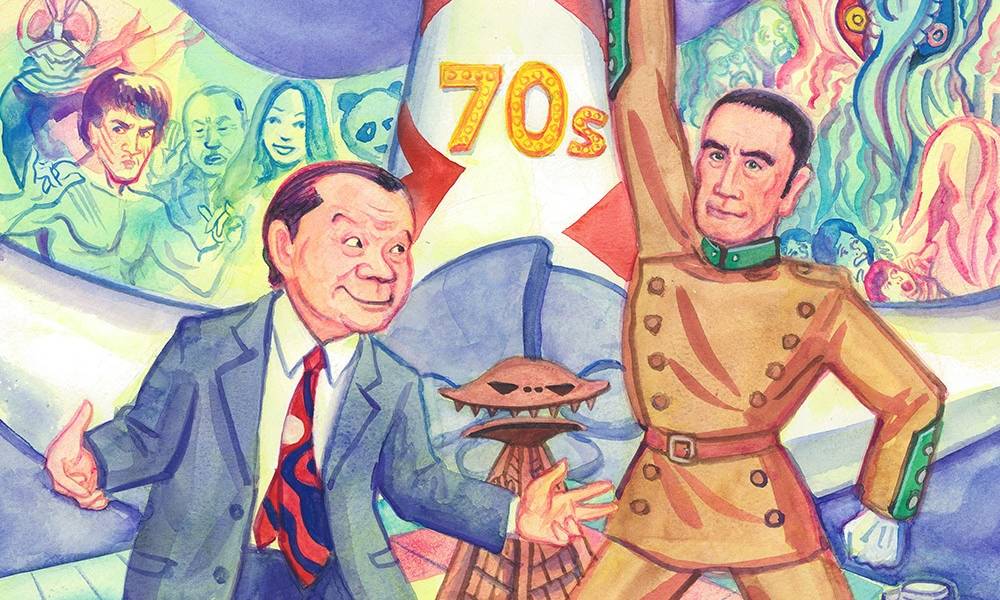 The 70s was a time of transition: Japan enjoyed a prosperous economy but the people gradually became more aware of their inner self. The Osaka Expo started in March 1970, “KONNICHIWA”, a song by Haruo Minami aired from TV and radio, and the symbol of Expo ’70 “Tower of the Sun” was created by Taro Okamoto.

It was the time that the society glittered with residual heat, lights, and shadows propagated by numerous subcultures of youth such as:
– Shield Society or Mishima incident shook the nation.
– Yodo-go hijacking by Red Army and Asama Sanso incident occurred.
– “Our Giants is immortal forever”, Mr. Giants or Shigeo Nagashima mentioned in his retirement speech.
– “Oyoge! Taiyaki-kun” (Swim! Taiyaki) made a record hit.
– Candies, a Japanese idol trio, retired with the famous phrase, “We want to return to being ordinary girls.”
– “Space Battleship Yamato” was televised.
– Film “Easy Rider” depicted American youths ignoring power and morals.

In this exhibit, 15 illustrators gather and express their unique interpretations of the 70s.

While the exhibition is open from 11pm – 7pm, please note that on the final day it will close at 5pm.