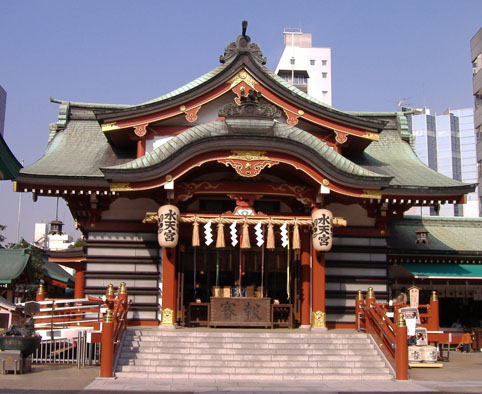 Suitengumae is a station on the Tokyo Metro Hanzomon Line and also the closest train station to the Hakozaki Air Terminal also known as the Tokyo City Air Terminal – a major bus station providing shuttle bus service to Narita Airport.

The station is located in Chuo Ward near the Nihonbashi district and is named for Suitengu – a Shinto shrine that can be accessed from Exit 5 of the station.

Do you want all our best tips on Tokyo? Download our ebook guide!