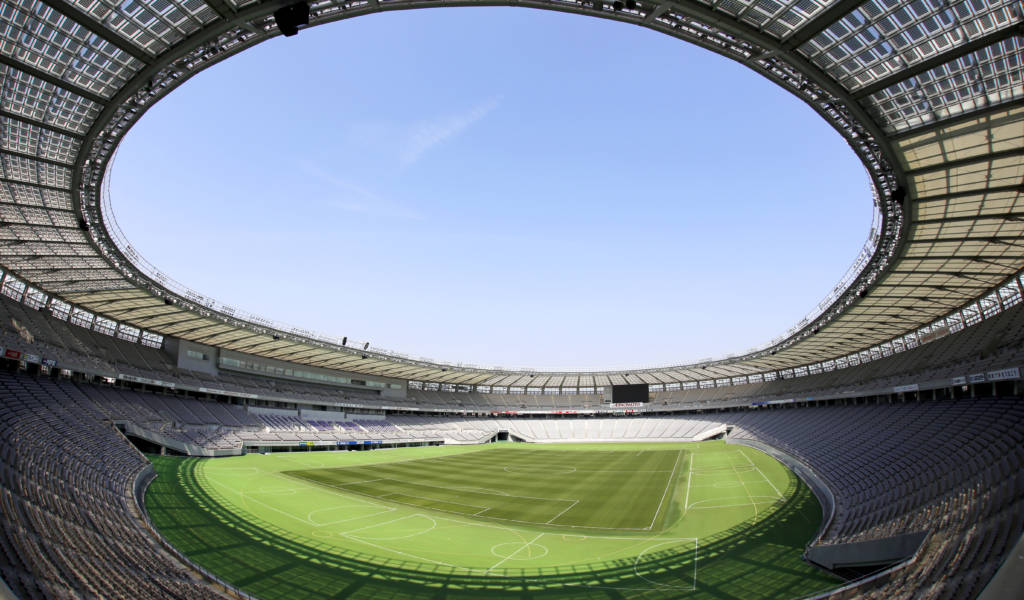 Normally known as Ajinomoto Stadium, when international events like the Olympics or Rugby World Cup come along, it gets renamed to Tokyo Stadium due to rules on commercialization.

The first stadium in Japan to sell naming-rights, the contract was bought by Ajinomoto (a food company) in 2003 and has been renewed ever since. Used largely for football, it is the home ground of professional clubs FC Tokyo in J-League One and Tokyo Verdy in J-League Two. The stadium also hosts rugby and american football games, a giant flea market, music concerts and has provided shelter for displaced victims of the 2011 Tohoku earthquake and tsunami. The stadium will be familiar to international rugby fans as it was the venue for the opening ceremony, group games, two quarter finals and the 3rd place playoff for Rugby World Cup 2019. For the 2020/21 Olympics, it hosted some football matches, the rugby sevens competition, and the Modern Pentathlon.

The stadium is right next door to Musashino Forest Sports Plaza which will host badminton, the modern pentathalon and the wheelchair basketball tournament at the Paralympics. Musashinomori Park, starting point for the Olympic cycling road race, is also located nearby.

Getting to the stadium

The closest station to Tokyo Stadium is Tobitakyu (Ajinomoto Stadium) Station on the Keio Line. If coming from Shinjuku, take the limited express from Keio Shinjuku Station (not the JR station!) headed for Takaosanguchi (¥240). If coming from Shibuya, take the Keio Inokashira Line and change to the Keio Main Line at Meidaimae Station. On match days, the trains, Tobitakyu Station and the approach to the stadium can be extremely crowded. To make sure you’re comfortably ensconced in your seat with food and refreshments before the game begins, aim to arrive at Tobitakyu Station an hour or more before kick-off.

Also, be aware that there is practically nowhere to eat or drink (bar a few convenience stores) around the stadium before or after the game, so if you need to stay primed on the slow procession to the stadium, bring a drink or two with you.