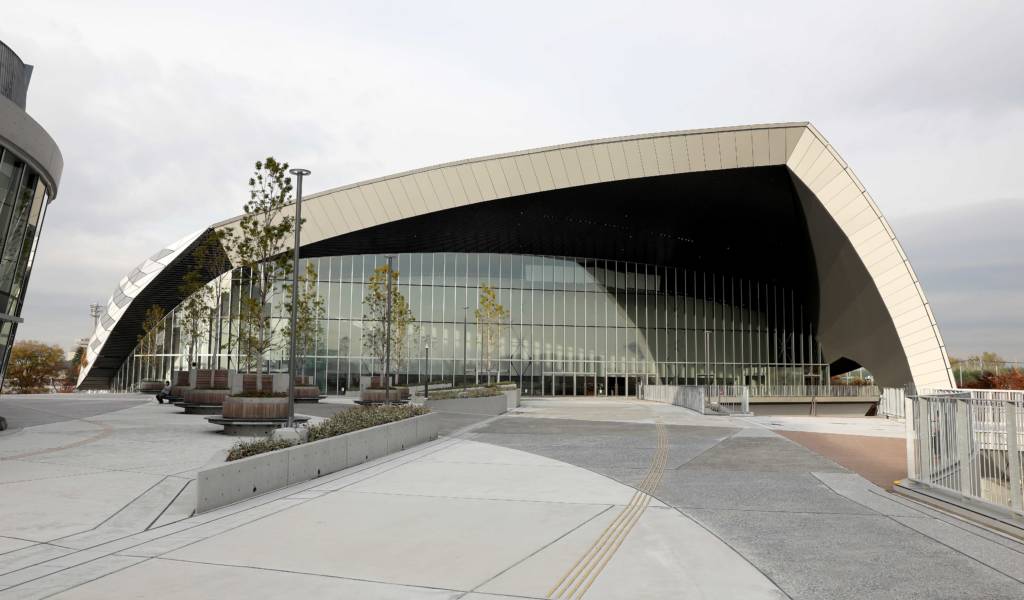 The first new Olympic venue to be completed, the Sports Plaza hosted the Olympic badminton and modern pentathalon (fencing) events as well as the Paralympic wheelchair basketball competition in 2021.

Seating over 10,000 people (when spectators are permitted) the plaza cost over $300 million to build and is also home to a sub-arena, swimming pool and training areas. It’s next door to Ajinomoto Stadium aka Tokyo Stadium where football matches and rugby sevens games will be held as well as Musashinomori Park where road cyclists will set off from.