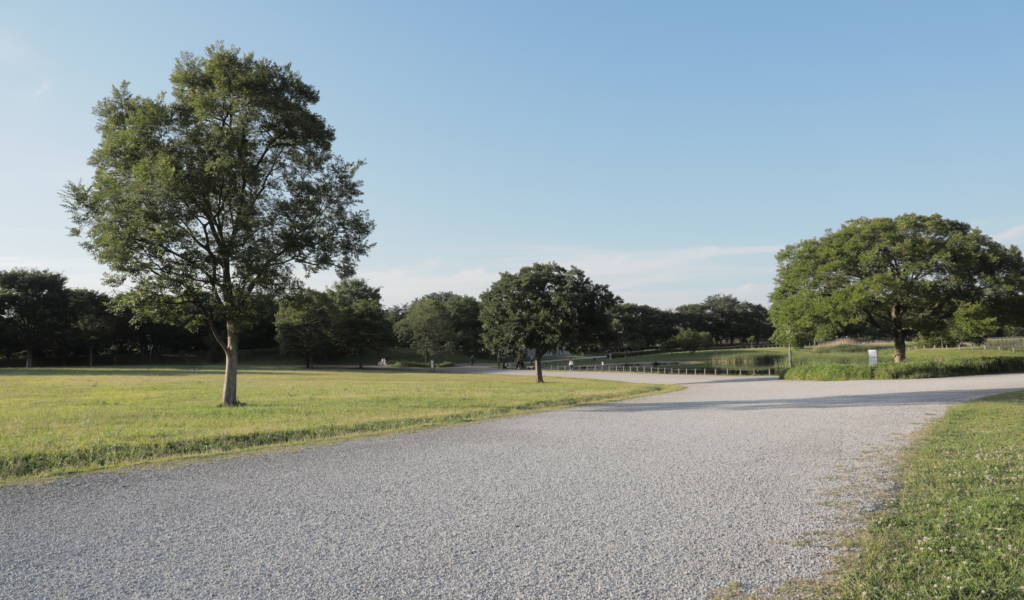 An unnassuming park next to Ajinomoto Stadium (the football venue, not the Olympic Stadium!) and the newly built Musashino Forest Sports Plaza, this was the starting point of the Cycling Road Race at Tokyo 2020.

Not to be confused with the nearby Musashino Park, this is a stretch of park running alongside Chofu Airport. The group of green spaces is known as the Musashino region and includes Nogawa Park, Sengenyama Park and Musashikokubunji Park.

The football and rugby sevens events were held at the nearby Aijinomoto Stadium (aka Tokyo Stadium) while the modern pentathalon, badminton and wheelchair basketball were held at the Sports Plaza.