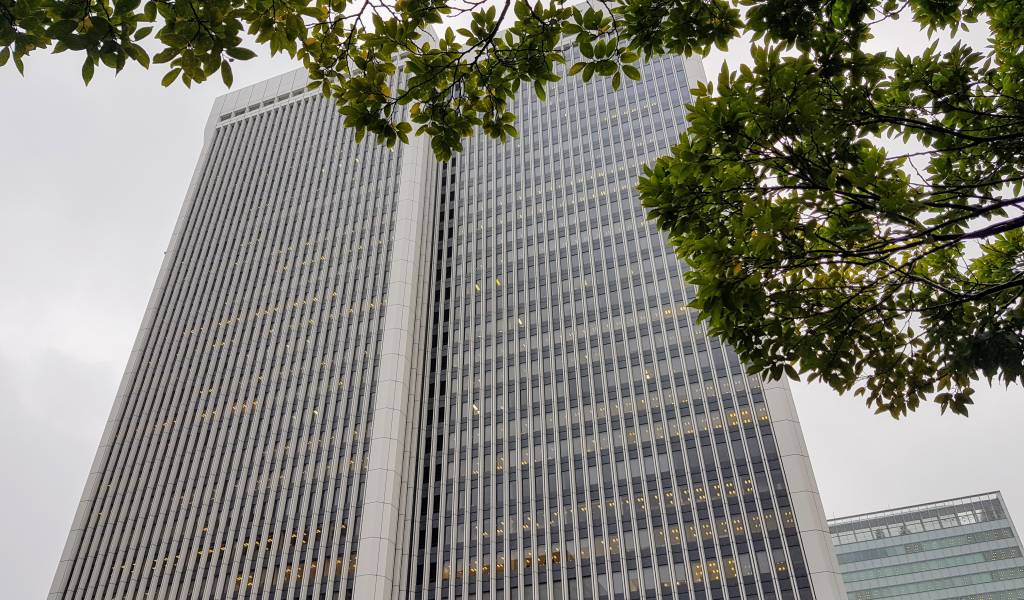 Ark Hills is a mixed use commercial, residential, and entertainment center next to Roppongi Dori, close to both Tameike Station and Roppongi Itchome Station.

Completed in 1986, the development was the first of Mori Building’s many “Hills” developments such as Roppongi Hills and Omotesando Hills.

Along with the two main towers, there are housing blocks, gardens, a hotel (the ANA Intercontinental), a concert hall (Suntory Hall) and central plaza with a huge artificial waterfall. More recently, two new towers have been added—Ark Hills South Tower and Ark Hills Front Tower.

The central plaza is a venue for antique fairs and farmers’ markets, while Suntory Hall is often the venue for orchestral concerts.