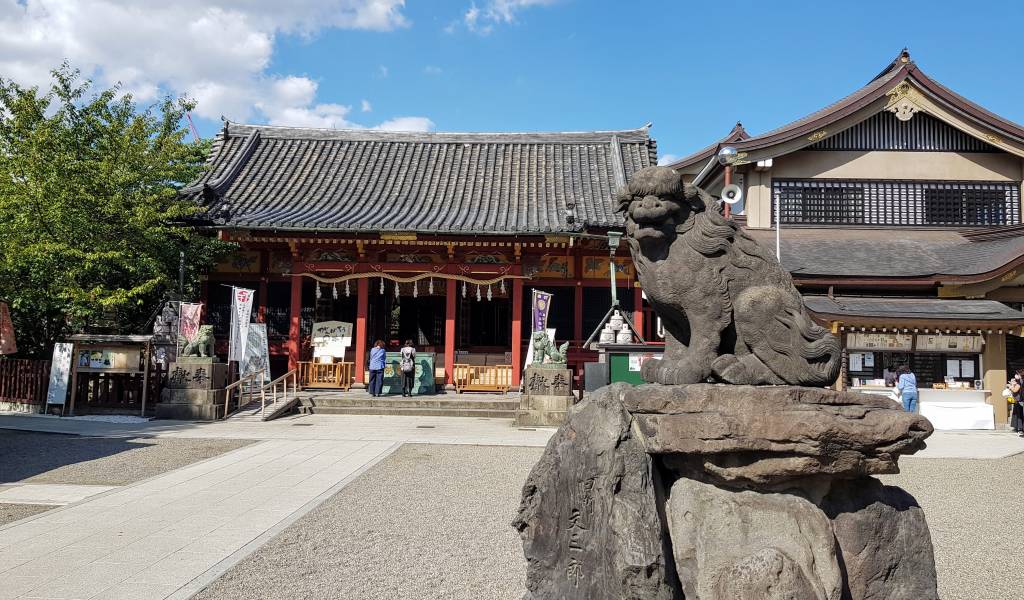 Known affectionately as “Sanja sama” by locals, Asakusa Shrine is a modest shrine within the grounds of Sensoji Temple in Asakusa.

Despite its plainness and modest size, as the nickname suggests, it’s the host to the Sanja Matsuri—officially one of Tokyo’s big four festivals. Unoficially, it’s the biggest of them all.

The shrine is not as old as the neighboring temple, dating from the Kamakura Period approximately 800 years ago.

Although it might seem incongrous for a Shinto shrine to be in the grounds of a Buddhist temple, it’s quite normal for them to be located either next to or within the grounds of temples in Japan.