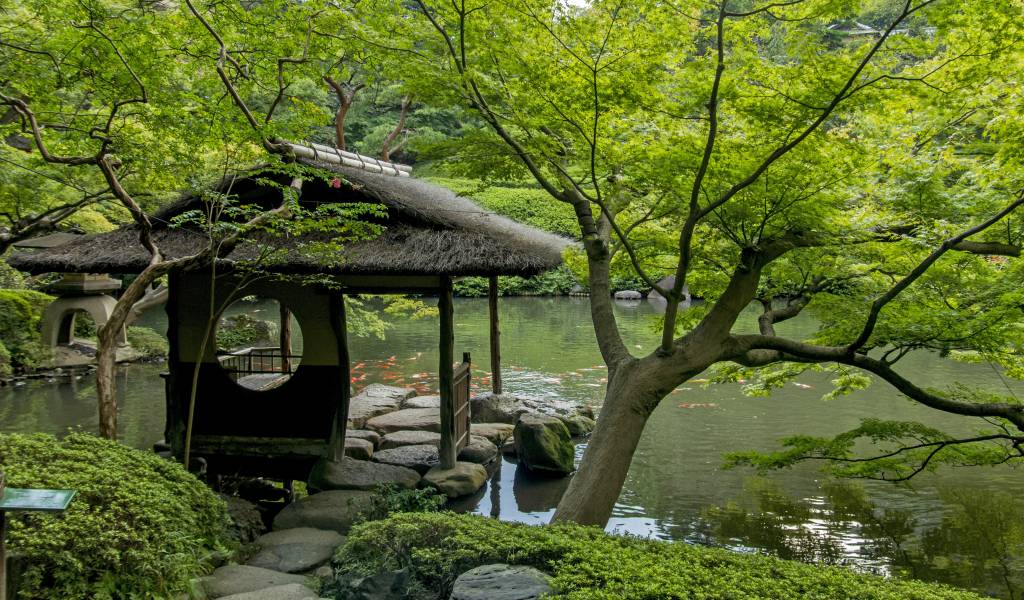 Happoen Garden features all of the traditional elements of a Japanese garden—like koi-filled ponds and a traditional tea house. It is renowned for its harmony with nature, featuring cherry trees, bonsai, maple trees and other seasonal trees and plants. There are over 2,000 marriages yearly (apparently) so it is a good spot to see a traditional wedding procession!

Strictly speaking, the garden is off limits if you’re not there for a function or a wedding. However, if you ask nicely at the Hon-kan (main building), they will let you look around the garden. If you want to try in Japanese, you should say something like “teien no kengaku shite mo ii desu ka?“.

The garden has a history of over 300 years, dating back to the estate of Hikozaemon Okubo—a trusted retainer of the Tokugawa Shogunate in the late 17th century. In the late 19th century and into the 20th century, it became the property of industrialists. The name Happo-en was coined in 1951 in recognition of the garden’s beauty from every angle and direction.

There are also a few fancy restaurants within the hotel grounds that are generally open to the public.

Happo-en is right across the road from Exit 2 of Tokyo Metro Shirokanedai Station on the Namboku Line. Head down the hill from the sign to find the main entrance.