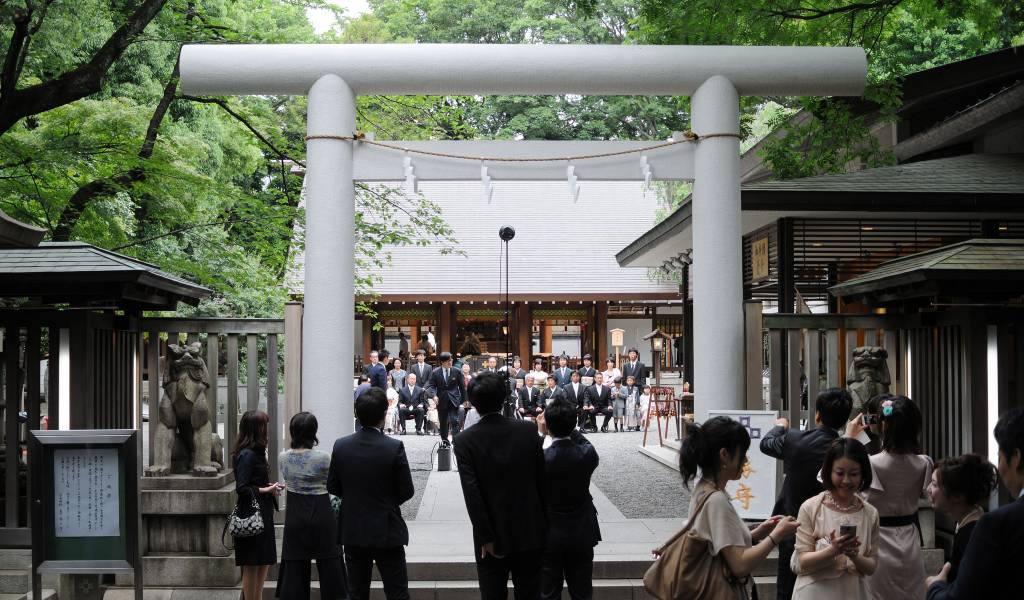 Nogi Shrine (乃木神社 Nogi-jinja) is a shrine dedicated to and built on the property of the Meiji era army general and educator Nogi Maresuke. Following the death of Emperor Meiji in 1912, the general and his wife decided to prove their dedication to the leader by joining him in death. The General committed Seppuku while his wife slit her throat – in the house right next door to the shrine. Although you can wander the grounds of the house as you like, the home is only open to visitors on two day of the year: the eve and anniversary of their death. If you’re keen on the macabre and don’t happen to be around on these days, you can glimpse a bloodied shirt if you crane your neck at the right window.
On a slightly brighter note, there is an antique market on the 4th Sunday of each month at the entrance to the shrine.