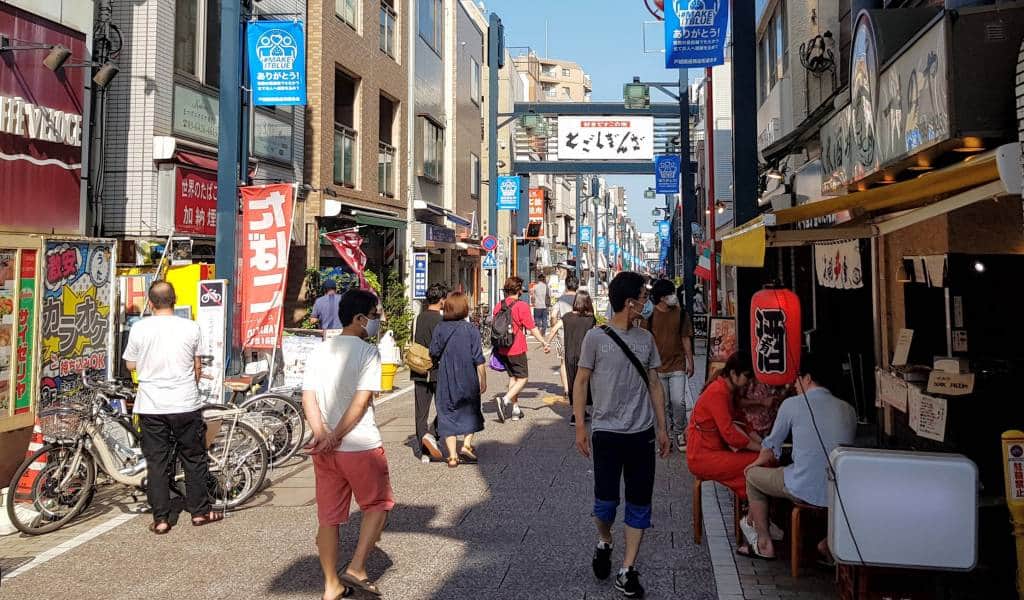 So you thought Tokyo had only one Ginza? Well, there’s another much less glamorous Ginza with its own claim to fame.

“Ginza” is actually a quite common name given to streets in Japan. There are more than 300 Ginza throughout Japan, and four others just in Tokyo. However, Togoshi Ginza is touted not just as the longest Ginza in Japan, but the longest shopping street in Tokyo.

What’s a “shopping street” you ask? In Japanese, it’s known as a shōtengai—a town market street that is typically closed to traffic. Many are located in close proximity to railway stations and some (like those in Asakusa, and many in Osaka) are covered.

Togoshi Ginza isn’t covered, but it is very, very long—1.3 km long to be exact. Sprinkled along its length are approximately 400 different shops. From used furniture shops, to model shops, pharmacies, izakaya, cafes and supermarkets.

So what’s the appeal? Togoshi Ginza does not have high fashion, gourmet food, amazing architecture (besides Togoshi Ginza Station), cutting-edge design or high technology, but it is quaint, and respresentative of the typical shopping street that most Japanese experience on a daily basis. Flashy developments in the middle of Tokyo get all the attention, but Togoshi Ginza is the place where real people go to buy a new laundry pole or a 16-pack of toilet paper.

The food available along Togoshi Ginza is also of the honest-folk variety. There is even a big open shop that looks a bit like a sushi bar, but they sell custom-made onigiri—a much more modest combo of rice, nori and various fillings.