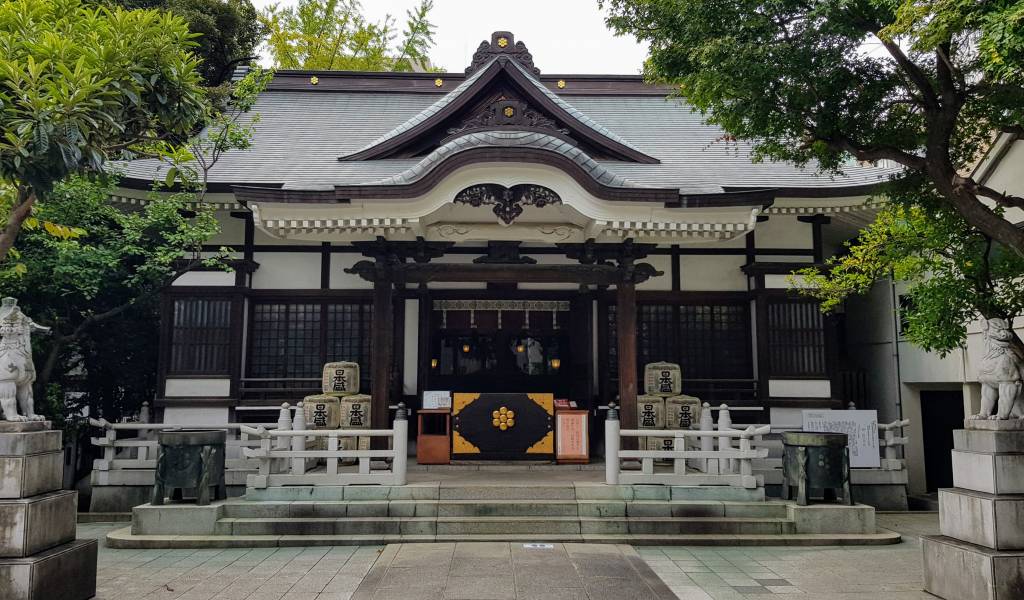 Torikoe Shrine is a shrine near Kuramae, located just to the south of the Asakusa neighborhood.

The shrine has been on this site since the year 651 CE, making it one of the oldest shrines in Tokyo. Enshrined at Torikoe is the imperial prince Yamato Takeru no Mikoto—a legendary prince and emperor who is said to have lived more than 1,900 years ago.

Even as an important shrine in the area, it occupies a relatively small area of land. The busy four-lane Kuramaebashi Avenue runs right next to the shrine, but the shady trees and serene atmosphere of the shrine provide an oasis from the concrete jungle outside.

The shrine is most well known for the Torigoe Festival which takes place in June—allegedly the roughest and rowdiest festival in all of Tokyo. One of the features of the festival is the “Sengan” mikoshi (portable shrine) which is one of the heaviest used in festivals in Tokyo.