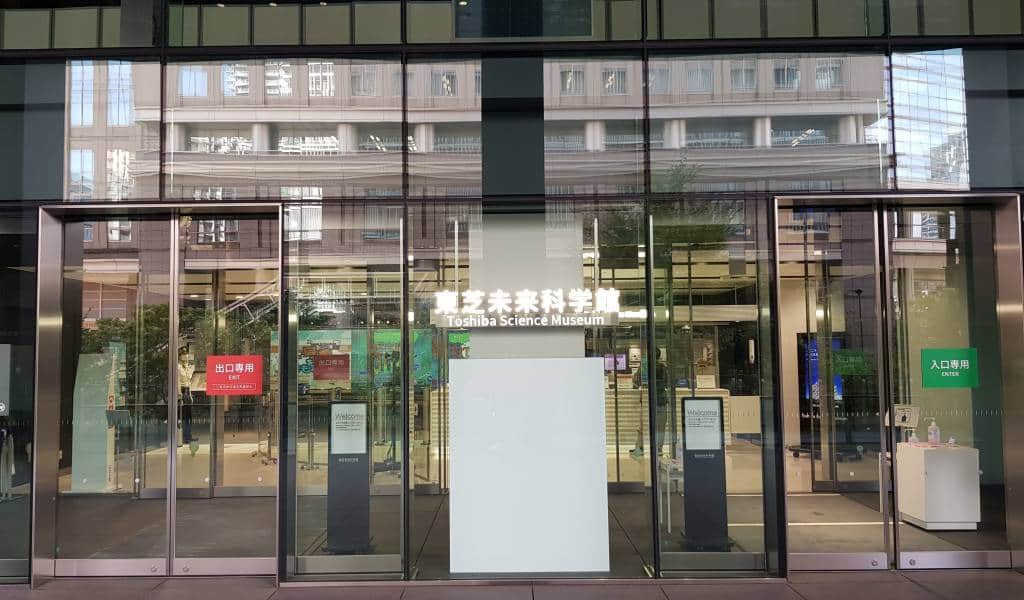 Located adjacent to the giant Lazona shopping mall to the northwest of JR Kawasaki Station, the Toshiba Science Museum is a free museum with exhibits showcasing the history, products, and the cutting edge scientific research of Japanese electronics giant Toshiba Corporation.

Although most of the information is in Japanese, there are English labels on different exhibits and staff will offer you a tablet with a guided audio tour in English or Chinese. If the museum isn’t too busy, one of the numerous staff might even act as a guide as one did on our visit.

The museum is split into three sections—the History Zone, the Future Zone, and the Science Zone.

The History Zone starts with the story of the Edo-period (early 19th Century) founders of the two separate companies that eventually merged to became Toshiba. There is also a display of all the products that Toshiba has launched. Many of them Japan firsts and some world firsts, such as the world’s first automatic rice cooker, Japan’s first color television (from 1960), and the world’s first DVD player (it even has a serial number of 1) and DVD.

If you are lucky enough to have a guided tour, the staff member will open up and switch on some of the vintage machines for you.

If you’re with kids, they’ll probably be much more interested in the Future Zone and the Science Zone where there are a number of hands-on exhibits including using ozone to purify water, an RGB color demonstration, and electromagnetic coils.

The Science Zone has a machine that will charge you with static electricity while safely isolated from the floor. Another machine that this writer found fascinating was the machine that visualised high energy cosmic particles striking the earth. Spoiler, they’re very common and they pass through you multiple times in a single minute.

Entry is free, but due to COVID-19 restrictions, you have to reserve in advance. The good news is that they have QR codes near the entrance that you can scan to register and then, as long as the museum isn’t too busy, you can go straight in.