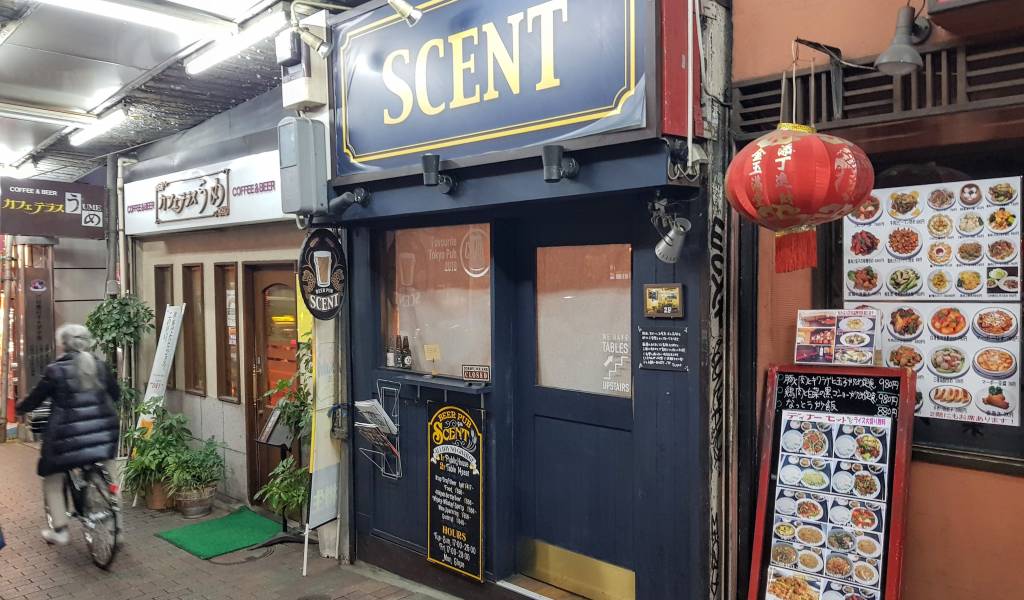 True to its name (the “beer pub” bit, we’re not sure about the “scent”) this bar has an exciting selection of constantly changing craft beers on tap.

Offerings range from Japanese craft brews and special edition releases to British, Irish and American ales. Prices usually range between ¥600 for a small and ¥1,200 for a pint, which while pricy isn’t out of the ordinary for craft beers on draft. If you’re sticking with lager, Heartland is only ¥650 a pint, which given the size of a beer in most Japanese joints (300–400 ml), is great value.