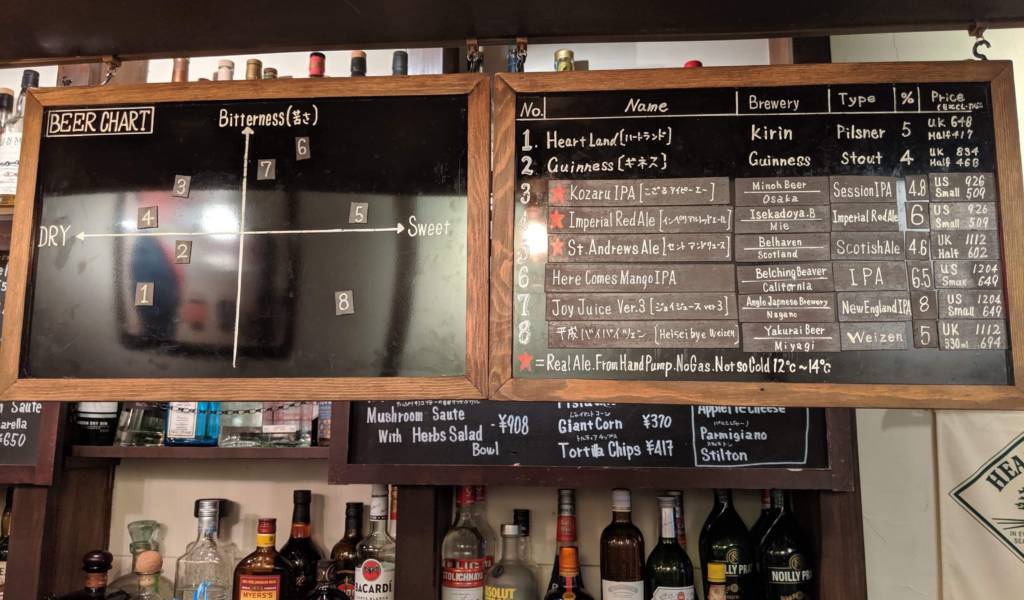 Japan’s bar scene can be a little confusing to say the least. With niche rules, themes and styles all but hidden until you’ve actually walked through the door and sat down. Even to seasoned Tokyo drinkers, showing up in a new neighborhood without a couple of spots in mind can derail an evening pretty fast. (Fancy sitting in a hostess bar with your family? Sure, why not!?)

Sometimes you just want to have a couple (or more) decent drinks in a normal bar. Without being pestered, forced to sing, overcharged or having to order a bunch of food. Well friend, these Meguro bars have you covered.

One of my favorite pubs in Tokyo, the curiously named “Beer Pub Scent” is always full of friendly faces. The owner, Yoshi, perfectly walks the fine line between casual and professional—he’s quick to joke, but he’s also passionate and knowledgeable about just about everything he serves.

The locals seem to skew on the creative side, and many speak good English, so it’s not unusual to find yourself making friends when there’s room at the bar. If the bar is too crowded, there’s also usually a free table upstairs.

There’s always an exciting selection of constantly changing craft beers on tap, from Japanese craft brews and special edition releases to British, Irish and American fare. Prices usually range between ¥600 for a small and ¥1,200 for a pint, which while pricy isn’t out of the ordinary for craft beers on draft. If you’re sticking with lager, the Heartland is only ¥650 a pint, which given the size of a beer in most Japanese joints (300–400 ml), is great value.

The pub also boasts several British hand pumps, making it a rare place to drink well-kept, well-curated real ales on tap. In 2018 they were even acknowledged by CAMRA—the English “Campaign for Real Ale”.

For the non-beer drinkers, there are plenty of great whiskies, craft gins and other spirits on sale. 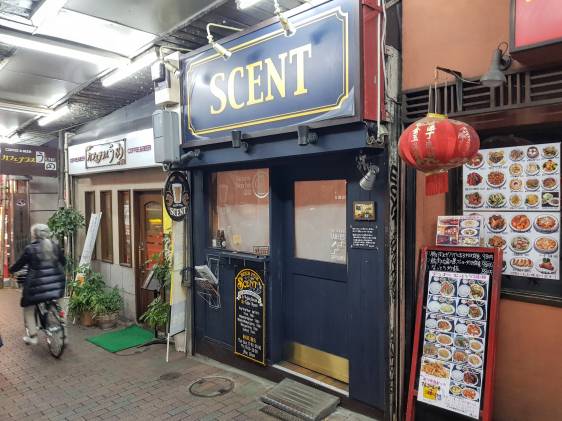 This curious little collection of riverside bars is about as close as Meguro has to a yokocho. It’s not especially clear from the front door what you’re getting yourself into, so unsurprisingly this stretch of bars caters mostly to a local Japanese crowd. At a glance each bar probably sits 10 people tops, making this a good spot to get chatty with locals made confident by booze.

If you’ve time, visit La Oficina, the area’s only Mexican bar. The landlady, Samantha, hails from Honduras, and strives to introduce the people of Japan to high quality, 100% agave tequilas. These are made for sipping, not shotting, so don’t expect salt and a slice to wash it down. If you’re looking for something to take the edge off, you can’t go wrong with the homemade sangrita.

Ultimately, it doesn’t matter too much which bar you go for, if there’s a free space and the other patrons look friendly, dive right in!

This hip little underground bar offers booze from around the world, with a rotating selection of craft beers on tap and a large variety of classic import bottled beers and whiskies. While the nights here usually start out fairly quiet (aside from the ever-present American commercial radio station bafflingly playing in the background), it can get pretty lively later in the evening—especially on a Friday or Saturday.

The undisputed local queen of cheapo bar foods, Meguro Republic’s ¥100 happy hour pizzas are no joke. Like most Japanese-style pizzas, you can expect it to be pretty small, with a thin base—so if you’re looking for anything more than a snack, you’ll at least want one to yourself. Since each pie is made to order and they don’t skimp on the cheese, it’s pretty much guaranteed to be delicious. If you’re not feeling pizza, there’s an assortment of other tasty bar foods too, including fish n’ chips, gyoza, quesadillas and smoked meats (though sadly not for ¥100). 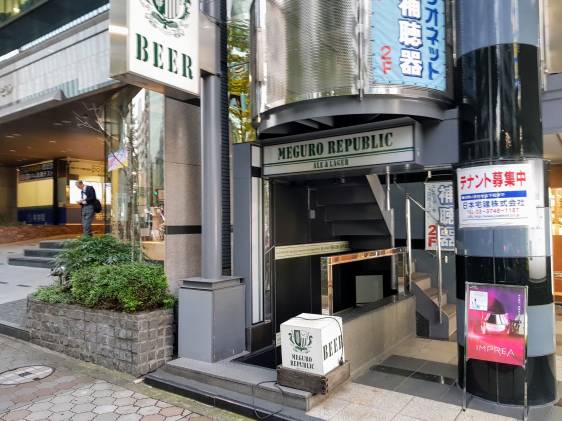 While living in or visiting Japan, many people are forced to challenge their distrust of bars and restaurants that aren’t visible from street level. Going up (or down) a random staircase into an unknown bar is sometimes a mistake, especially in a country where upsetting the atmosphere can lead other patrons to vacate the bar pronto. Occasionally though, you’ll strike gold, and Bar 46 is a great example of that.

The drinks and bar snacks are very reasonably priced and the owner is friendly, knowledgeable and comfortable speaking English. Importantly, this place stays open crazy late if there are customers, so whether you’re campaigning for “one more drink” or you’ve missed the last train and plan to power through until morning, Bar 46 is a great choice.

The bar has a slightly divey quality to it, and in Japan part of that means cigarette smoke. Even if nobody is smoking, you’ll pick up on the telltale smell of a million phantom cigarettes past—which will haunt your clothes until you’ve aired them out. All in all, it’s a dim, intimate and welcoming little space that pretty much defines what I look for in a late-night Japanese-style bar. 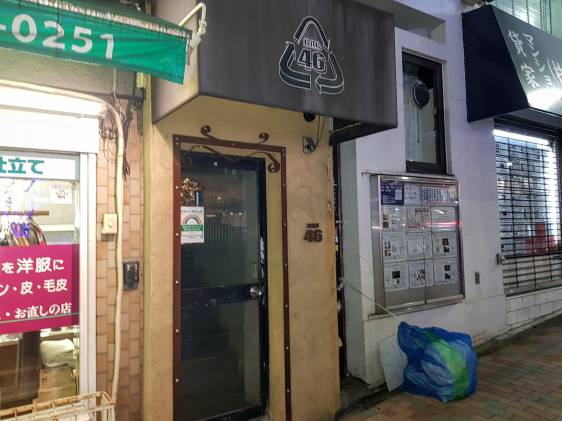 Meguro is home to one of Tokyo’s most acclaimed British pubs—the Meguro Tavern. Run by longtime landlord Garth Roberts, the Meguro Tavern is about as close to an old-school British pub as exists in Tokyo, with wallpapered ceilings, dimple mugs hanging from the bar and lewd jokes posted on the bathroom walls. With ample space and an international crowd, it’s a fair bet you’ll blend in here, making it a good place to stake out a table with a group of friends over a few pints and some British grub.

Outside of happy hour the beers are on the pricier side, but if you’re looking for English-style bitter (several brewed by the landlord’s own brewery, no less), the Meguro Tavern is one of the only games in town.