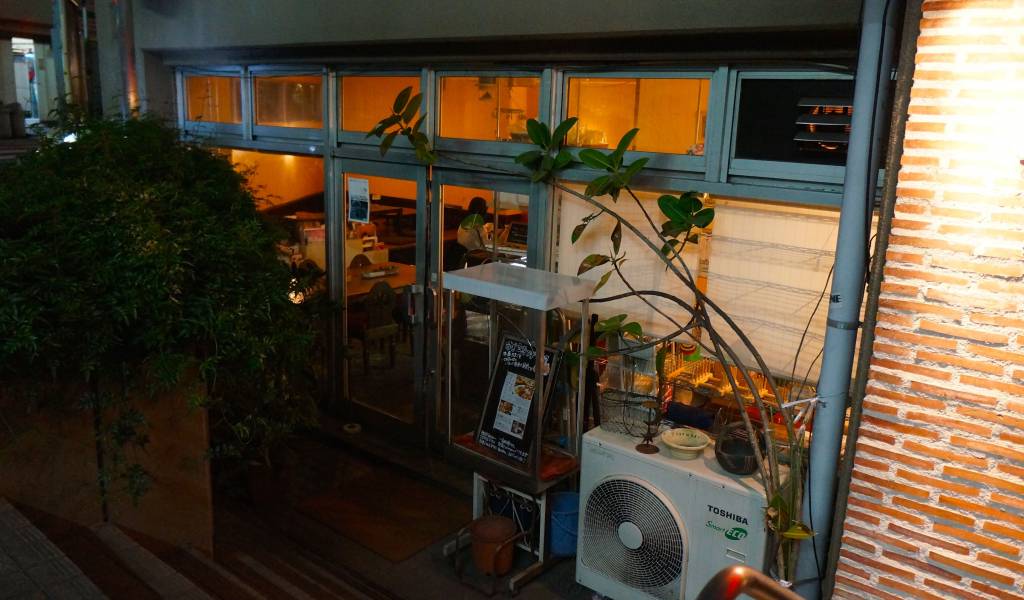 At vegan eatery Nagi Shokudo, you’ll find a menu with dishes that run the gamut of Chinese, Japanese, Indian, and Thai-inspired food.

No doubt about it, Tokyo is a meat lover’s paradise.  Order a bowl of ramen and you’ll be rewarded with slices of melt-in-your-mouth chashu.  Go to an izakaya and have some yakitori with a tipple or two.  Or splurge on that scandalously marbled wagyu beef that will set you back financially for at least two months. But if you’re in the mood for something a little lighter, we encourage you to discover our new love: the delicious vegan restaurant, Nagi Shokudo, tucked away in the heart of Shibuya.

Like we said, when meat is this good and plentiful in Tokyo—and especially when you are an omnivore—it’s easy to overlook dishes where vegetables are the main event, rather than a boring culinary detour or supporting act.  But you’ll find in traditional Japanese cuisine (washoku) that it’s meat playing a minor role in dishes, due to the focus on seasonal ingredients and the historical aversion towards the eating of animals which spread across the country with the popularity of Shintoism.  Washoku ultimately shows that, when prepared simply and with care, vegetables encapsulate the distinctiveness of the seasons; think of takenoko (bamboo shoots), soft and young when picked in the spring, or of the famed matsutake mushroom, with its spicy aroma and ‘meaty’ texture that is best eaten in autumn.

Although  Nagi Shokudo does not serve washoku, its philosophy is very much in line with this style of cuisine.  Simple, clean, and fresh food is the order of the day at this small, well hidden, and somewhat scruffy looking restaurant in Shibuya.  Walk in and you’ll see bookshelves stacked with magazines and eclectic decorations scattered between western-style seating and a tatami elevation.

At Nagi Shokudo, you’ll find a menu with dishes that run the gamut of Chinese, Japanese, Indian, and Thai-inspired food. Guests can enjoy for 800 yen fried tofu and mushrooms soaked in a tomato and coconut soup, dal wada for 800 yen, or a green papaya salad with cashew nuts for 450 yen.  However, if you’re stuck for choice and wanting to try a range of dishes, go for the ‘special dinner plate’ for 1,550 yen.  Nagi Shokudo also offers a ‘special deli plate’ for couples (4,200 yen) which, given the sheer variety and volume of food, should be renamed a banquet or tasting menu.

The ‘special deli plate’ kicked off promisingly with a score of fresh vegetables, including avocado topped with aioli and lightly seasoned enoki mushrooms.  It was quickly followed by crispy pappadum and a bowl of fried tofu served with a sweet and sour soup.  Although pleasant enough, the soup could have been thicker in its consistency and the tofu cooked in the soup for longer so as to absorb its flavour.

Next up was a plate laden with pickled vegetables, the eggplant being especially delicious and the cucumbers and green beans adding some textural crunch to the meal.  The julienned carrots and daikon were fresh and a suitable palate cleanser before the heavier dishes to come.

Easily the two standout dishes of the evening were the falafel with mayonnaise and the deep fried mashed potato fingers with chili sauce: the falafel  having a crunchy exterior and soft, steaming centre, while the deep fried potato fingers were well seasoned and finger-licking tasty.  The miso soup was forgettable, a thin-tasting and very salty accompaniment to the meal, but the vegan kimchi was a big hit around the table.

For certain Cheapos, going to a vegetarian, let alone a vegan, restaurant, is enough to sound warning bells in even the most adventurous of eaters.  Stereotypes such as lack of flavour and being fed the equivalent of a glass of water and a caraway seed are the routine criticisms launched against meat-free establishments.  While Nagi Shokudo misses the mark on a couple of its dishes, it nonetheless delivers on others.  With generous portions, fair prices, and flavoursome food, Nagi Shokudo is well worth a visit for even the most hardened of meat eaters, present company included.