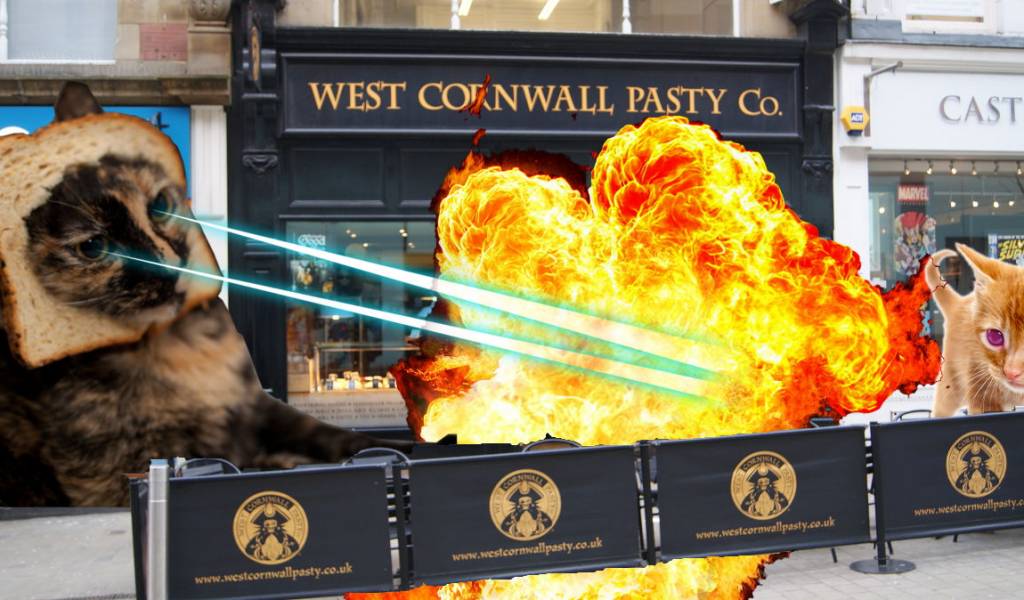 The Birth Of The Laser Cats

THE LASER CATS ARE ON A MORAL CRUSADE

The laser cats were spawned from a top-secret laboratory.
Army generals were developing a weapon of war to vanquish their enemies by fusing feline cuteness with the world’s most powerful hair removal laser.

These warmongers with beards concluded that, upon seeing these assassins, the enemy would think ‘MY WORD THEY’RE ADORABLE’ before a zap of the laser would make them say ‘OWWWWWMYGOD I’VE BEEN OBLITERATED’ as they were being obliterated.

But cats are known for their short attention span, and soon tired of the idea of killing. Instead they were distracted by a bee stuck in a window, and then sauntered away from the lab.

However, on their way to find a suitable source of drinking water (toilet bowl), they found themselves overcharged for a Cornish pasty at a near by pasty shop.

This unnecessary cost for something with such a low content of meat so enraged the cats, that they destroyed the pasty shop and anyone in the vicinity who looked Cornish. 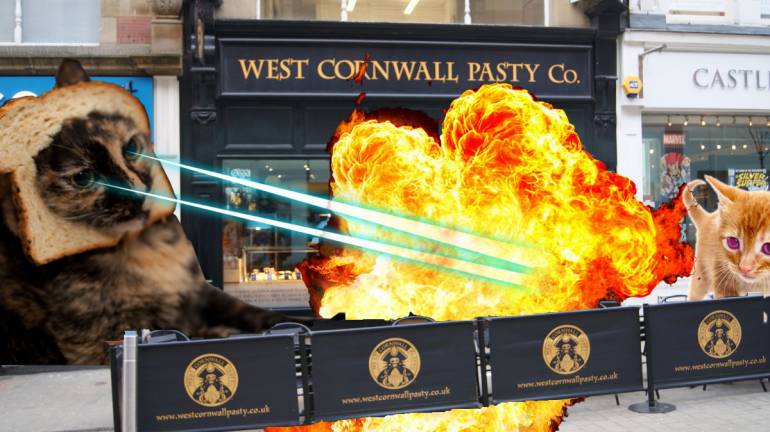 Somehow, the process of cramming a laser inside their brains had given the cats a sense of moral duty, and they vowed from hence forth that they would ruthlessly destroy anything that could be considered ‘a little pricey’ when there’s a cheaper, better alternative nearby.

Just don’t step on their tails. Because you will die. 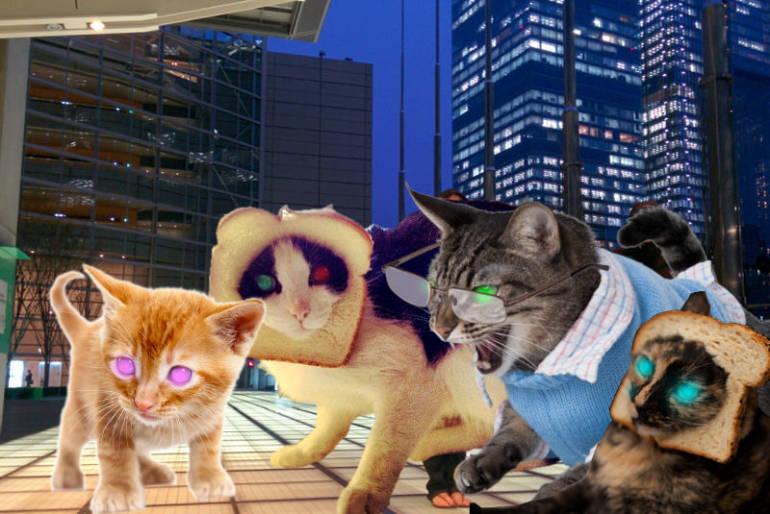