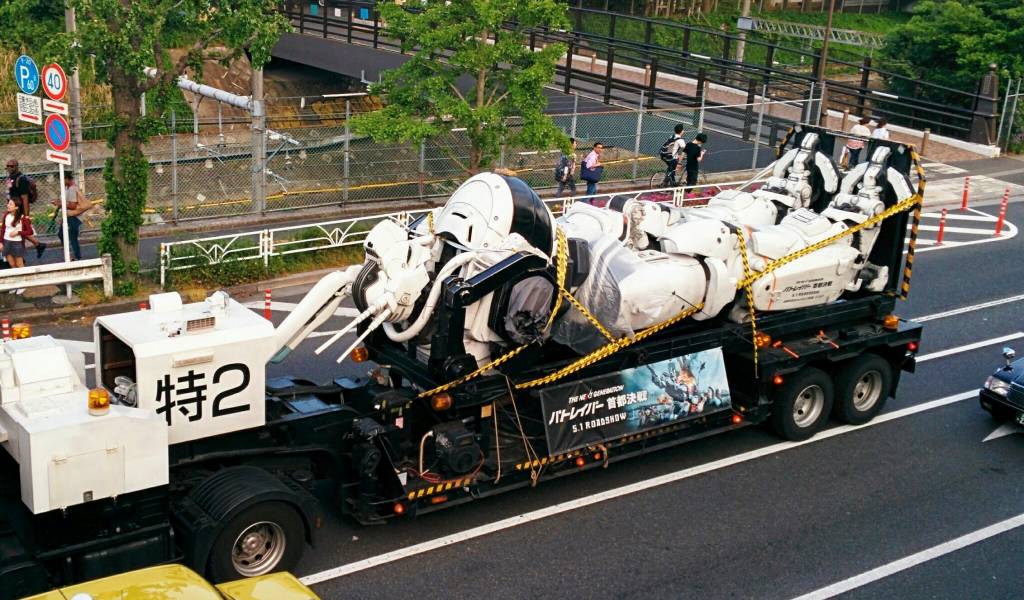 Skating Dogs, Robots and Police Neko - Out And About In Tokyo #1

The streets of Tokyo are quite often a colorful delicatessen of delicious and bizarre eye candy. So, we’ve decided to start a periodic column providing you with some select highlights from some of the random curiosities we’ve spied whilst out and about in Tokyo. 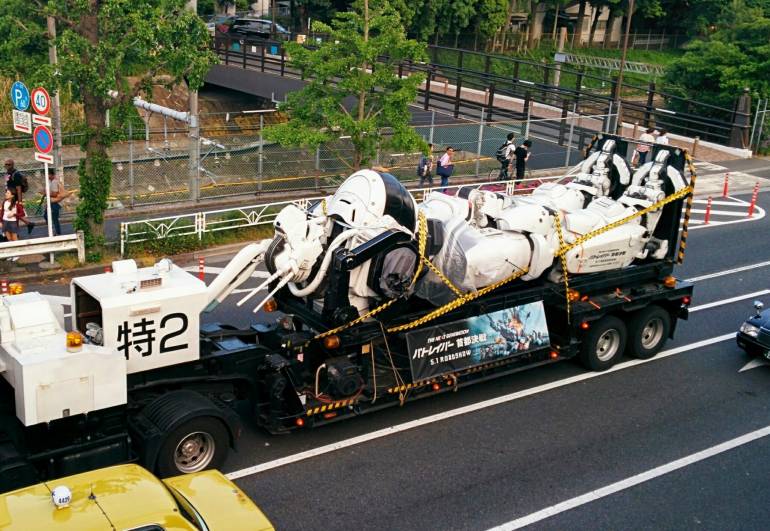 You know you’ve lived in Tokyo too long when a giant robot figure being transported on the back of a large truck rolls past and you don’t upload a photo to the interwebs. This was actually the second time I saw this robot in a couple of days, and since it’s not actually that uncommon to catch a glimpse of some gargantuan Gandumesque figure, I didn’t hurriedly snap a photo with my cheap smartphone the first time. This particular chap is called PatLabor apparently, and is the most retweeted thing I’ve ever uploaded to twitter. 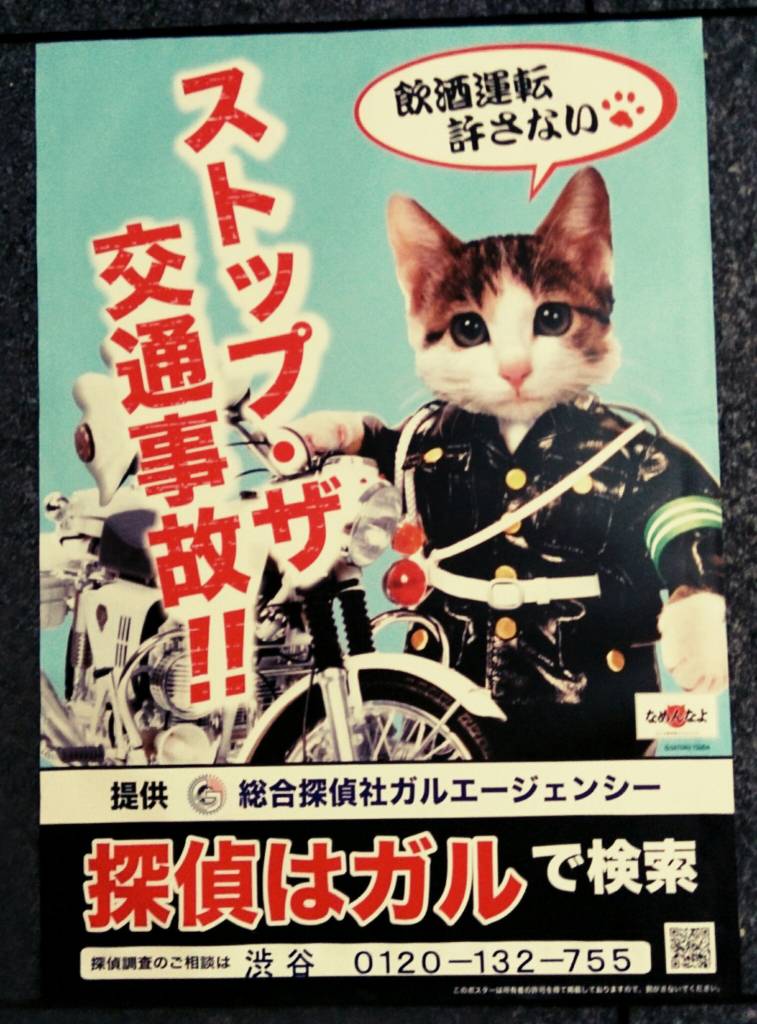 The world needs to take a leaf out of Japan’s book on policing drunk driving. This poster on the streets of Shibuya is a police warning about drunk driving, it features a feline character know as Nameneko urging drivers that, “Drunk driving is unforgivable. Stop the road accidents!!”. 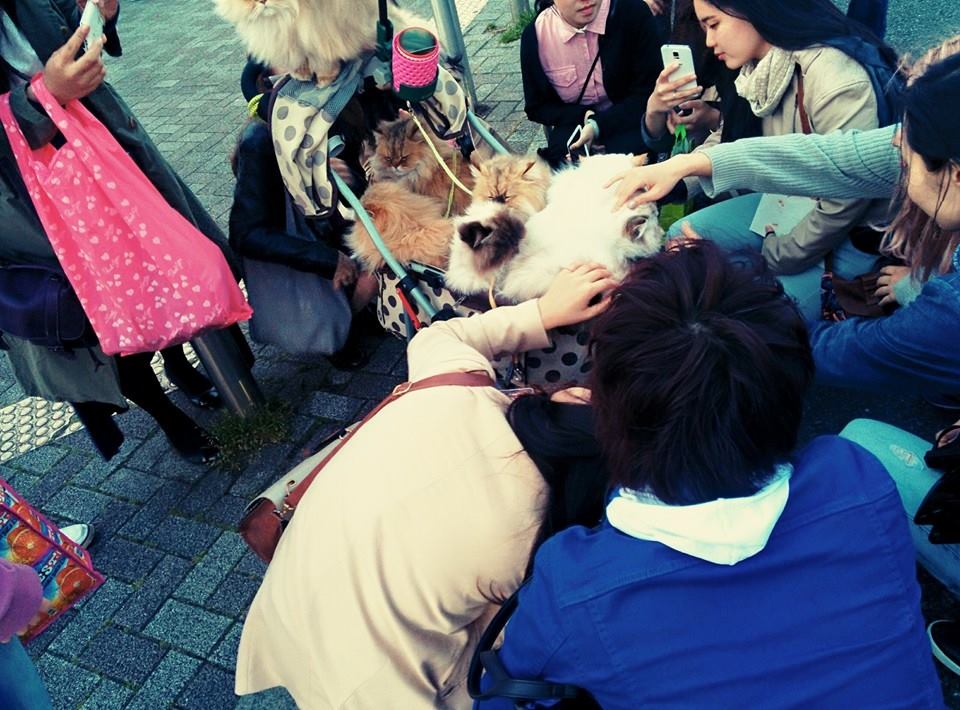 There’s a chap in Tokyo who wheels about a stroller containing about six persian cats, and as soon as he stops the crowds of photo snapping young Japanese women chirping “kawaii” descend like ganets on a discarded sandwich at the beach. 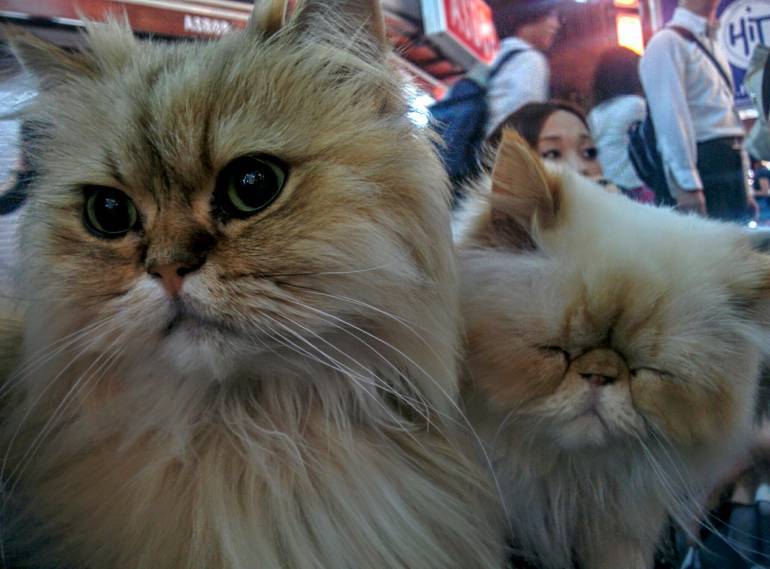 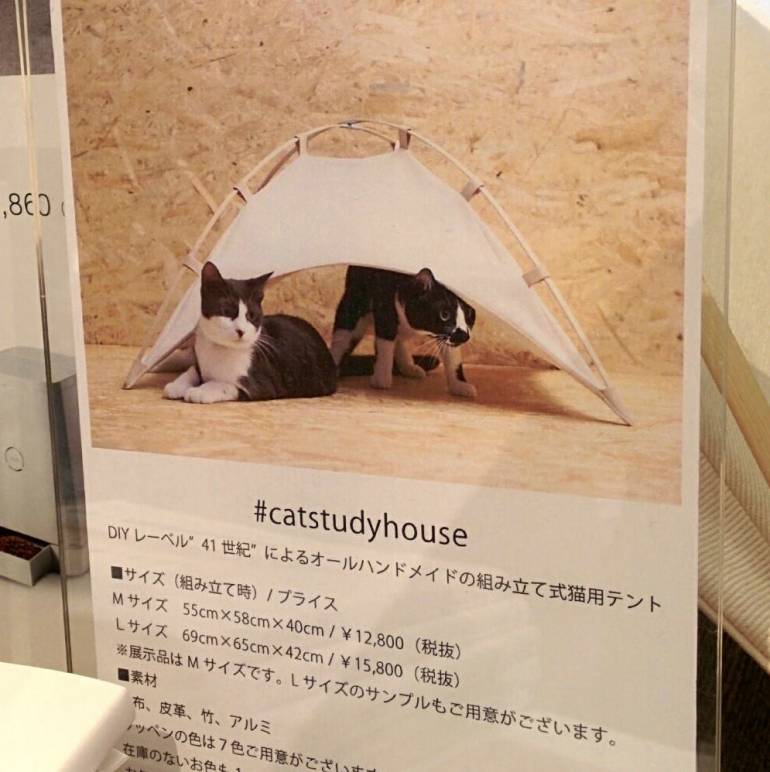 In the Sunday same afternoon at Yoyogi park we spied, a skating Dog: 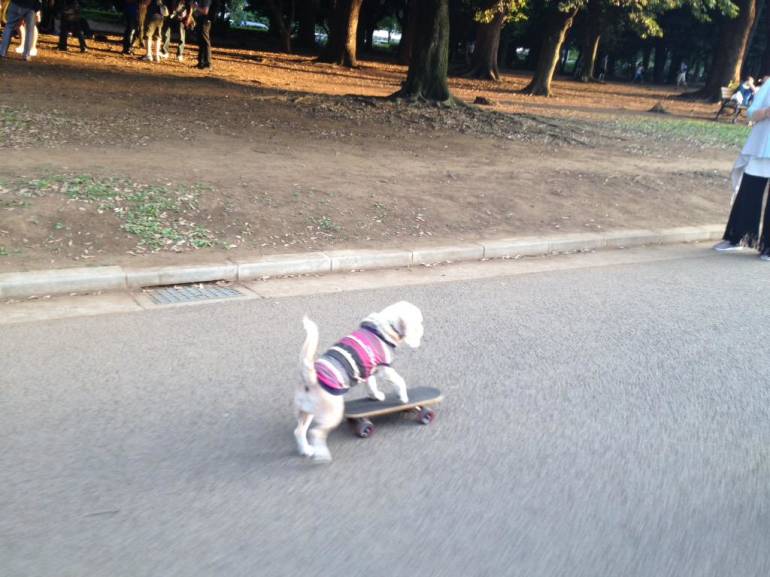 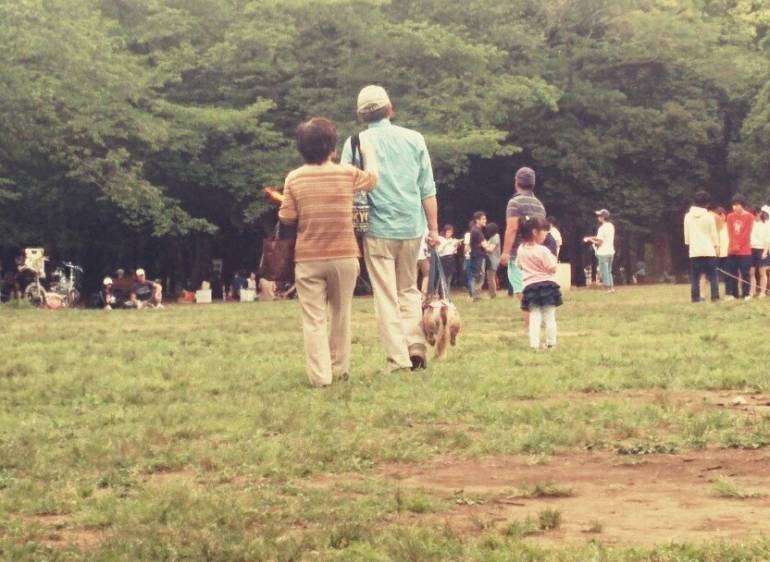 A face mask cosmetic product found in the store Donki: 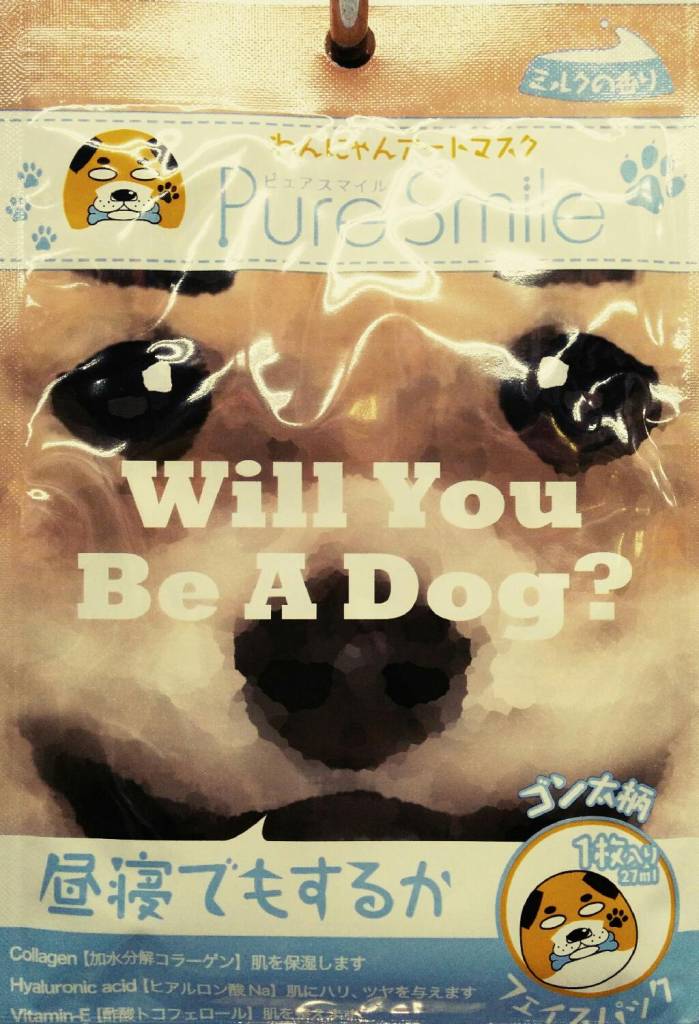 Rainy season has just begun in Tokyo, so about 6 weeks of humidity and intermittent drizzle await – yay! However expect at least a few nice sunsets, plus it’s firefly season. 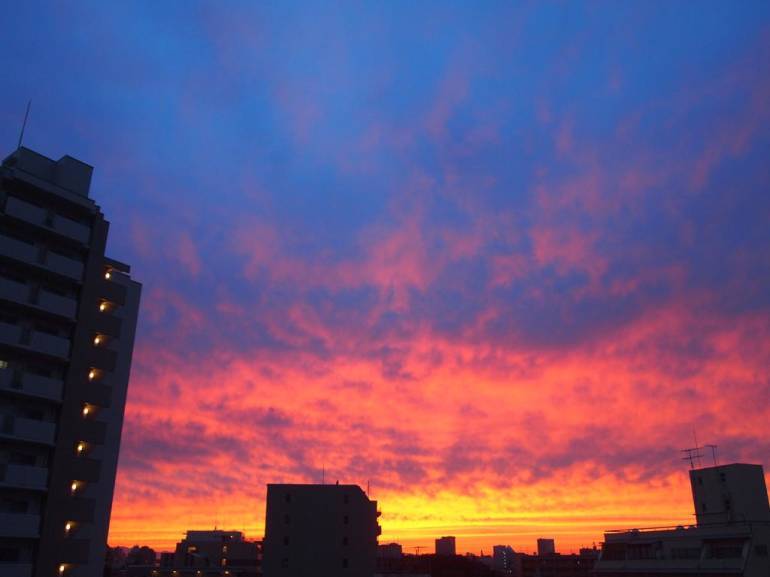 And some epic cloud formations (click for the full panorama):

That’s it for this “Out and About in Tokyo”, stay tuned for another one soon!