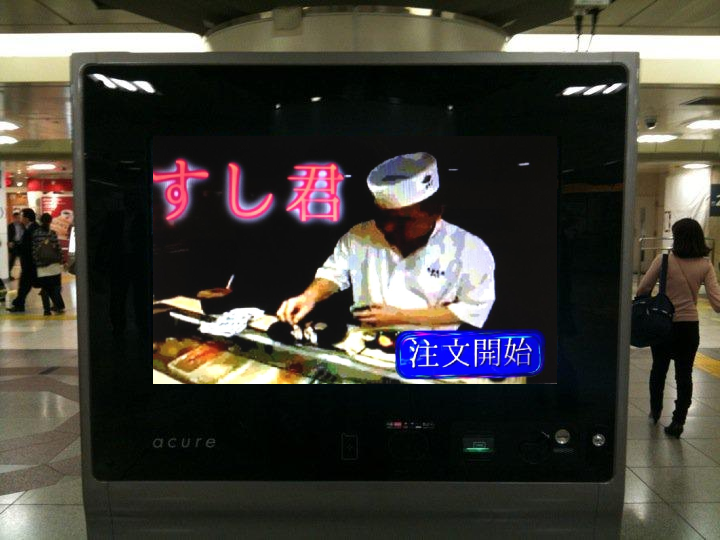 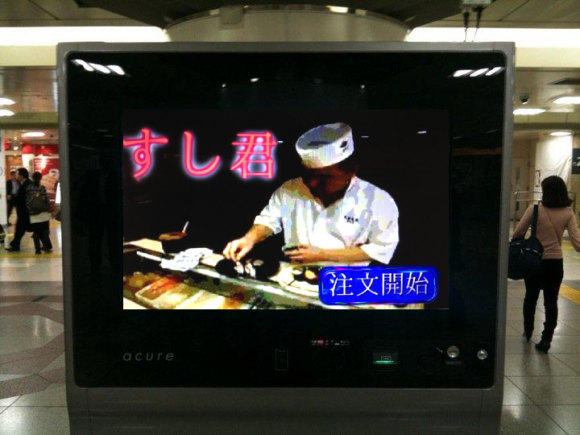 Japan is deservedly well known for its vending machines. Along with the ubiquitous soft drink machines there are machines that vend everything from noodles, to live insects to hot French fries. Now, in conjunction with Japan Rail, a company called Shikauma Foods has produced the ultimate in Japanese fast food convenience with their “sushi-kun” branded fresh sushi vending machines. Apparently the only thing stopping sushi vending machines until now has been restrictions in hygiene regulations. 6 years after allowing pre-made sushi to be sold at convenience stores, the law has again been relaxed to allow automatic vending.

On the way to a Hanami get together I had the chance to try out a Sushi-kun machine in the concourse of Tokyo station near the south entrance to the Tohoku Shinkansen.

Rather than expose the sushi to light, the machine uses touch screen technology with a looping video of a a sushi chef (presumably Sushi kun himself). Once you press the order start button you’re given a range of choices. The sets vary from 350yen for the makizushi set through to 600 yen for a 13 piece set. I chose the 10 piece, 500yen nigiri sushi mix set. The packages are of course pre-prepared so your purchase drops straight into the collection tray after inserting the correct amount. 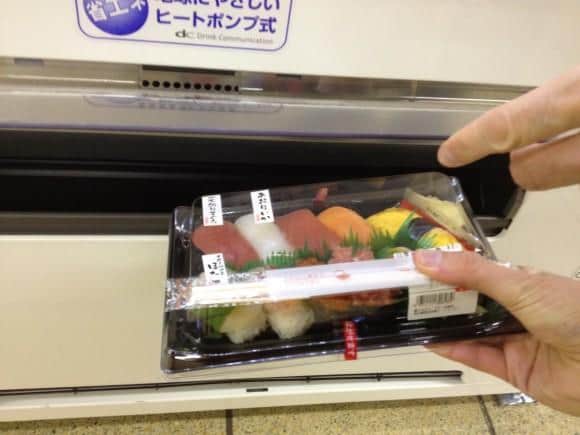 For something that comes from a vending machine, I couldn’t fault it. It was fresh, tasty and as good as anything you would get from a supermarket or a convenience store – with the added bonus of no queues and presumably more consistent availability. 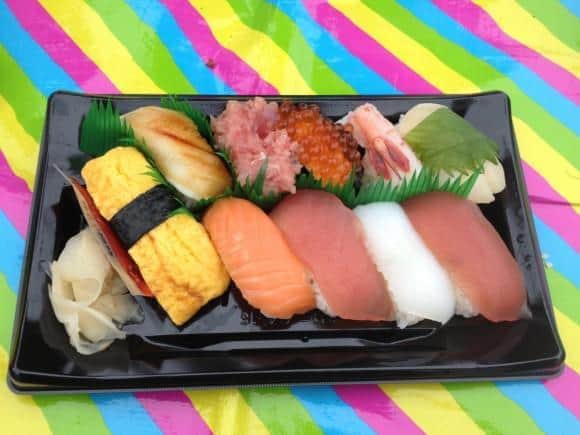 At the moment the sushi kun machines have only been placed in major stations. However, according to their website, Shikauma plans to roll them out in JR stations throughout Tokyo. Definitely worth checking out – especially if you find yourself with a sushi urge right before a long train journey.