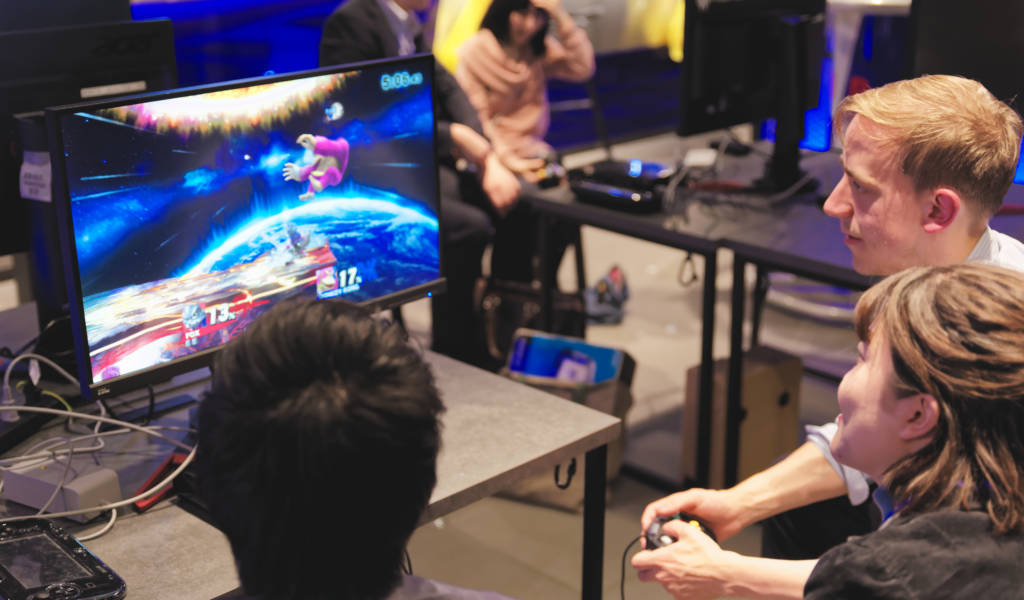 In Japan? Trying to Smash? GGB’s Got Your Back

How it all started

Started towards the end of 2018 by four expat gamers, GGB was born from a relatively common frustration among expats living in Japan—the lack of English-language resources for foreigners without little Japanese ability, but who still want to engage with locals who share their hobbies and interests. In the case of players of the Super Smash Brothers series of games, the situation is largely the same—information on events in Japan, ranging from local friendlies to national tournaments, is almost entirely in Japanese and shared across a rather eclectic variety of niche websites, social media posts, and chat rooms. None of it is especially easy to find using search engines, and all of it comes across as quite daunting to keep track of for all but the most advanced Japanese-language speakers.

GGB’s chief aim is to help other English-speaking gamers overcome this language barrier and experience the Japanese Smash scene for themselves. Whether you’re a fellow expat looking to connect with local players or a short-term visitor that just wants to participate in a friendly meet-up while on vacation, you’re sure to find the website handy.

As GGB becomes better known within the Japanese Smash community, they plan to expand their operations by working directly with local tournament organizers to keep up to date on the details of future events, organize and host their own (English and Japanese friendly) events within Tokyo, help bridge the communication gap between the pro Smash scenes in Japan and overseas, and find other ways of supporting gamers who need a helping hand while in the country.

Super Smash Brothers is a series of fighting games that started out on the N64 and has been updated/redone for every consecutive Nintendo game system that has been released. Unlike most other fighting games which are won by depleting your opponent’s health bar to zero, in Super Smash Brothers you must successfully “smash” your opponent off the stage in order to win (a very novel victory mechanic for 1990s fighting games, and one which was originally based on sumo wrestling).

Every version of the game has sold more than 5 million copies each.

Enter Super Smash Brothers Ultimate ( スマブラ SP (Sumabura SP) as it’s known in Japan). In the first month of its release alone, it sold more than 2.5 million copies in Japan and to this day its sales are steadily increasing. Along with this popularity, there has been a surge in the popularity of in-person Smash tournaments and events.

There have been nearly a dozen Smash events or tournaments in Tokyo alone in just the first half of January 2019. While occasionally events are completely free, most of them will charge an entry fee of about ¥1,000 (with the most expensive being up to ¥2,000) and generally last four to six hours. If you’re really hurting for cash and that’s still too much, they generally offer discounts for students and/or anyone who is willing to provides their own Nintendo Switch console for tournament/event use.

So what do you get for that entry fee? Well, while they all offer a pretty much unlimited amount of “free play” (competitive, but unofficial “friendly” games against other players there), every event is a bit different. Some offer snacks, free Red Bull, or sometimes special meal/drink plans depending on the venue. All of them give Tokyo residents and tourists alike a chance to practice their conversational Japanese on a topic they enjoy, and all of them have easily approachable “regulars” who are more than happy to play Smash with someone new.

For some events you can just show up, but that’s not the norm. For the big tournaments like Umebura (check out this montage video of the December Umebura tournament), sign-ups generally end a few days before the tournament so the tournament organizers can set up the brackets and such. Smaller events can have sign-ups open until 30 minutes before the official start time.

Smash.gg has the most English-friendly registration forms, while the Kokuch websites and Twipla are both very Japanese-heavy (if you need any help there, Gaijin Gaming Bros has instructions on its site to walk you through these different registration forms). In almost all cases, you will pay the entry/registration fee at the venue and receive a name card to wear while attending the tournament.

The rules and etiquette are pretty common sense at these events. Wear your nametag in the venue so they know you paid, don’t be loud/obnoxious, don’t break anything, etc. Generally bringing your own food/drink is totally okay provided that 1) it’s not smelly and 2) you bring your trash home with you. Of course, if the event is at a bar or izakaya, they’re not gonna be cool with you bringing in a 9% chuhai to sip on.

Also you almost definitely have to bring your own controller (GameCube controllers are the norm, but Switch Pro controllers are usually fine too), so don’t forget to pack one before you head to an event.

To start a match against someone, simply find an open Switch console, plug in your controller, and yell かかってこい！ (kakatte koi, “Bring it on!”) at anyone nearby—just kidding, please don’t do that. It’s best to head to a console where people are playing already and, after the match, ask if you can play next. Most players have some English ability, but if you want to try in Japanese you can ask 次のゲームしてもいいですか？ (tsugi no geemu shite mo iidesuka?, “Can I play the next game?”). And if you need to set up a profile with your own controls, don’t worry—Japanese players tend to be extremely polite and patient. The gloves come off once the match starts though—good luck!

Which event is right for me?

Depends on what you’re looking for! The bigger tournaments aren’t very regular (maybe once every couple of months), but one of the most popular ones in Tokyo is Umebura. At their last tournament there were over 500 people signed up! If you’re looking for something a little smaller to start off, the Weekly Smash Party in Nakano is the way to go.

For more specific information, either do some research on GGB’s website or reach to them on Twitter @GGBJapan. Happy smashing!