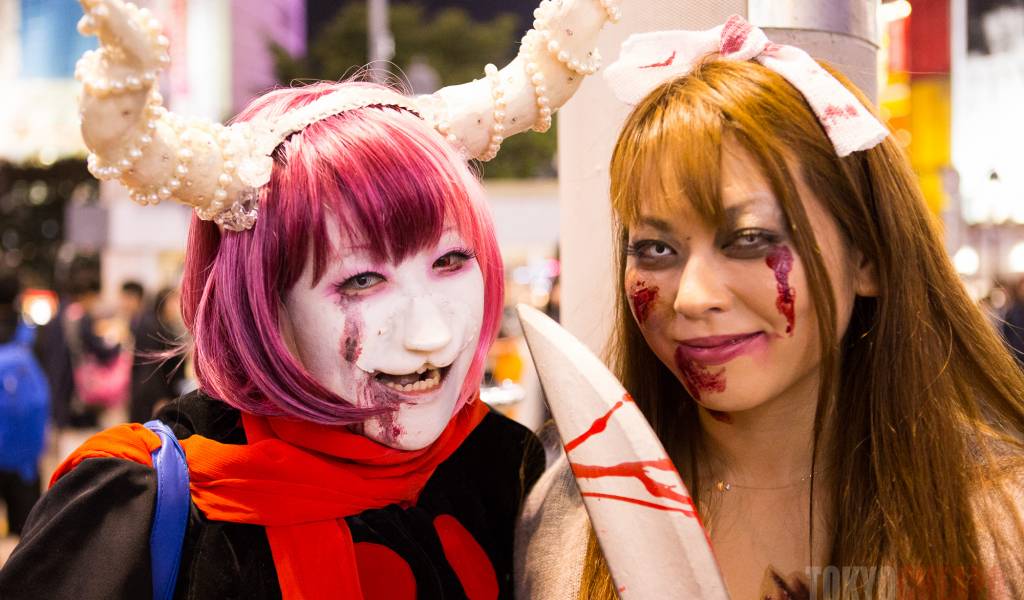 Pic: David Ishikawa
Sharing
We are yet to confirm the dates and details of this event.

Watched by millions, Halloween in Shibuya has become famous (or we could say, infamous) around the world. There is no organizer for the event; it is an unregulated meet-up of Halloween lovers across Tokyo (and Japan), so feast your eyes on an array of costumes from the disturbing to the hilarious.

Authorities have tried to cut down on the debauchery in recent years by banning street drinking, not allowing convenience stores in the area to sell alcohol, and keeping the roads closed to pedestrians — but this still didn’t stop the hordes from parading across Shibuya Crossing last year.

If you don’t feel like joining in the festivities, there will be plenty of live streams to watch, including a fixed camera at Shibuya Crossing — or you could also try the virtual Shibuya event.

For a full list of events, check out our Tokyo Cheapo Guide to Halloween.

When should I go?

This depends on how crushed you want to be. Saturday, October 29 will undoubtedly be the busiest day. As for times, this is a sundown event so usually people will start arriving from around 17:00.

Once again, Shibuya will ban public drinking from October 28 to Halloween around the station, specifically in the areas of Dogenzaka and Center Gai, as well as other public places.

The times of the ban are:

Alcohol will not be sold in most stores in the area (particularly from convenience stores) on the 29th and 31st from 7 p.m. to 5 a.m.

There will be around 100 security guards in the area, and like previous years, there will be no temporary toilets or changing spaces.

If you want to help out Shibuya City with the cleanup, there will be many volunteers on the streets in the early morning from October 29 to Halloween. They are very efficient and the streets are almost spotless by 8 a.m. (There are even calls for macho men to join the fight. More info here.)