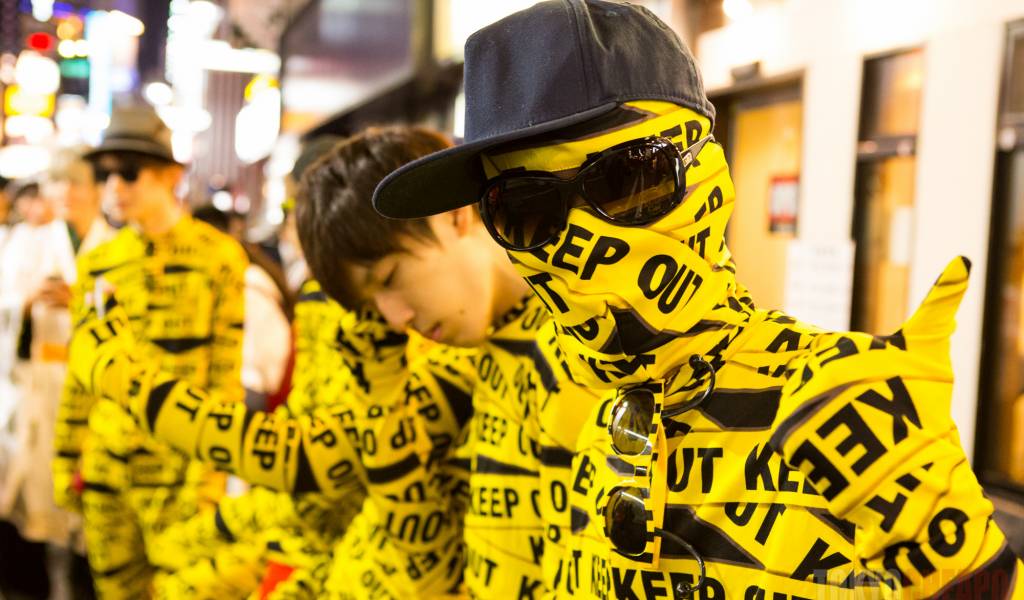 With Halloween Eve behind us and All Hallows’ Eve upon us, devilishly good times are in the air here in Tokyo. While other areas of the metropolis might have appeared routine and unexceptional, spots like Shibuya and Roppongi saw a blowout of costumed revelers in utter celebratory mode for days before the real McCoy and night of. While that may not sound like a big deal to some of you Westerners out there (heaven knows you party hearty for weeks in advance), know that a few years prior Halloween was basically a nobody around these parts, finding only pockets of participants. Shibuya in particular now has the potential to be one of the biggest Halloween street parties in the world.

The Halloween costumes in Shibuya veer much more towards the creative. No shortage of minions, swat teams and the undead.

Update: Halloween in Roppongi at 10pm

Halloween in Roppongi this evening was a giant street party with tens of thousands of revelers, so many that one lane of Gaien Higashi Dori was closed to traffic to accommodate the pedestrian overflow. Despite the area’s rep for being a bit seedy, everyone was in a festive Halloween spirit.

Just like last year, the notorious DJ Police are out in full force…and more voluminous as well. One passerby summed up their presence perfectly, “There’s way more than last year. They’re just out to completely irritate people…and I guess keep the peace.”

Also at the helm was some zombie enforcement…

…and some cheeky zombie foes.

And by 8:30am, the Ghostbusters (and regular clean up folks) have the streets spic and span already!

Open with Maps
Written by: Adriana Paradiso
Adriana's Tokyo favorites are: Mizumoto Park, Gokokuji Temple Tokyo
Filed under: Things to do
Tags:
Sharing
Questions or comments about this article?
Start a thread on our community forum
Ask our local experts about Tokyo