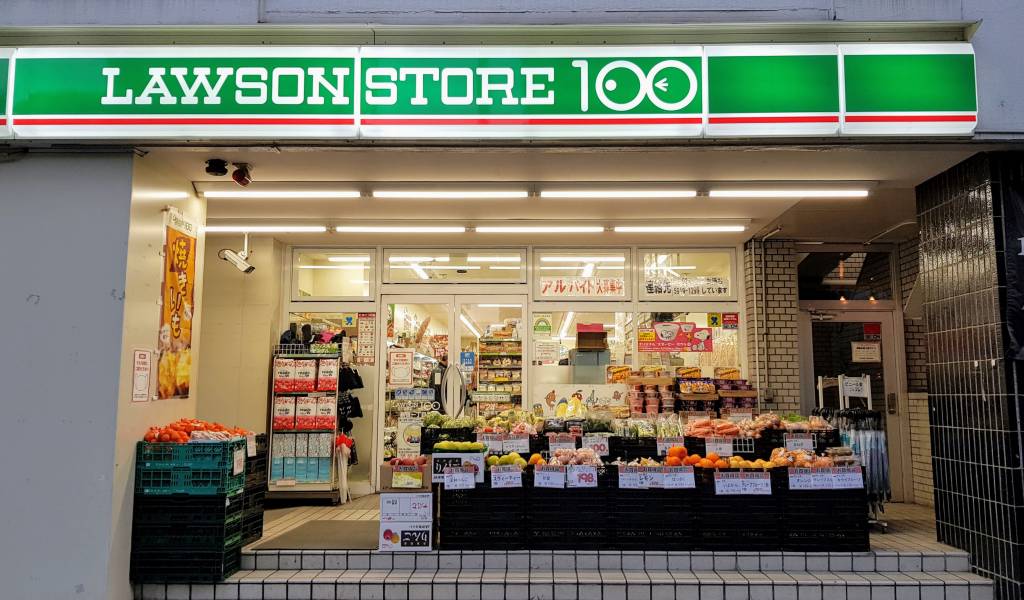 I don’t know about the rest of you, but if it weren’t for the 100yen shops around Tokyo, I probably wouldn’t have made it this long in Japan. Education isn’t exactly found in the bargain bin these days and so after tuition fees stripped me to the bone I was feeling pretty frugal. Which is not exactly an easy lifestyle for Tokyoites (not until Tokyo Cheapo came along anyway). Thankfully, 100yen shops kept me alive on packaged curry and bland spaghetti. Even my first apartment was entirely furnished by dishes, mats and pillows I found at various 100yen shops. There are a few different chains around and a cheapo can’t go wrong with any of them, but I’m a fan of Lawson Store 100 simply because it’s right down the street.

Like at the regular Lawson store, you can find your cup ramen, a thousand varieties of drinks and bitter Japanese candy that only Japanese like. Unlike at the regular Lawson store, just about everything at Lawson Store 100 is 100yen. Well, technically 105yen, but I’m not here to talk about particulars. I’m here to show you where to get cheap toilet paper.

Most 100yen shops are great for stuff like school supplies, toiletries, cleaning goods, snacks, drinks, etc. I mean it might not always be of the highest quality and the brand might be some knock-off from the Philippines, but hey, if you squint really hard and use your imagination, what’s the difference between a “Fudgee Barr” and Little Debby?

Also, while most 100yen stores are identical, I’ve only ever seen fresh fruits and vegetables at Lawson 100. If you too feel the urge to cook a stew at two in the morning, then living next to a Lawson 100 can be a great plus since they’re open 24/7.

What’s odd to me is that this Lawson 100 is five minutes away from the normal Lawson where the exact same items are more expensive.  It would seem to me that only one of these convenience stores is truly being convenient.