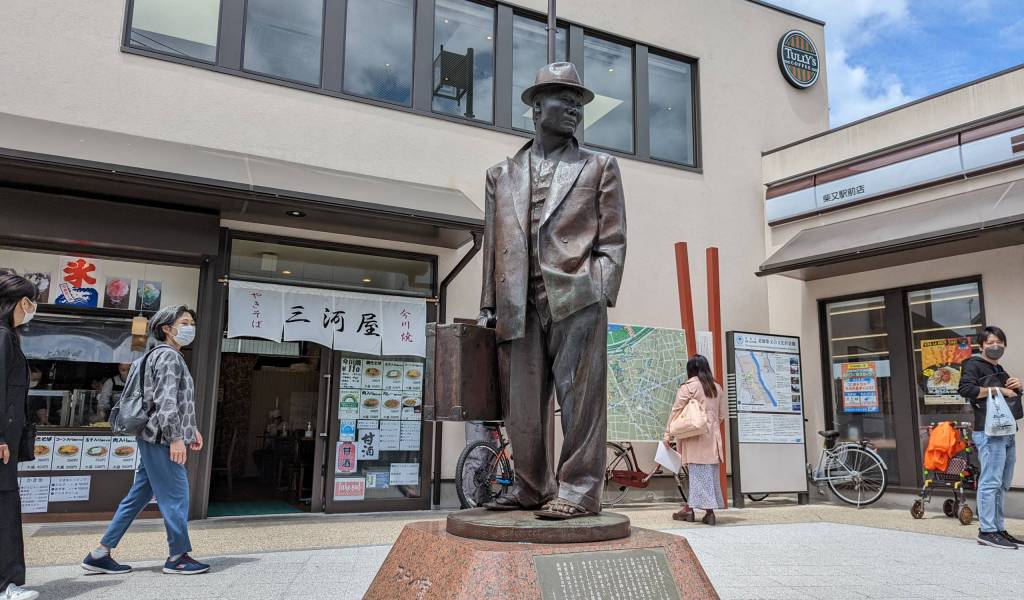 Shibamata is famous for being the home town of the fictional Tora-san character from the series of Otoko wa tsurai yo films which ran from the late 60s through to the mid-90s.

There is a statue of Tora-san and his half-sister—Sakura—outside the main entrance to Shibamata Station. Consequently, the area is very popular with elderly Japanese fans of the films.

The real attraction of the area however, is Taishakuten Temple and the approaching sandō avenue. The temple itself features incredible carved scenes on the outer walls and a lovely garden.

The approach to the temple is remarkably low-rise for Tokyo, and retains an old fashioned feel, even if it is very geared towards tourists. The Tora-san films were strongly nostalgic, so a lot of the shops along the way intentionally retain a Shōwa period feel.

While Tora-san doesn’t hold the same nostalgic feel amongst non-Japanese visitors, the atmosphere of Shibamata and the temple itself make this a worthy day trip from central Tokyo.

All Articles about Shibamata